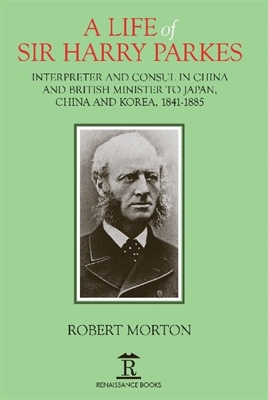 A Life of Sir Harry Parkes

Harry Parkes was at the heart of Britain’s relations with the Far East from the start of his working life at fourteen, to his death at fifty-seven. Orphaned at the age of five, he went to China on his own as a child and worked his way to the top. God-fearing and fearless, he believed his mission was to bring trade and ‘civilisation’ to East Asia. In his day, he was seen as both a hero and a monster and is still bitterly resented in China for his part in the country’s humiliations at Western hands, but largely esteemed in Japan for helping it to industrialise. Morton’s new biography, the first in over thirty years, and benefiting in part from access to the Parkes’ family and archives, offers a more intimate and informed profile of the personal and professional life of a Victorian titan and one of Britain’s most undiplomatic diplomats in the history of the British Civil Service.

Dr Robert Morton is a professor at Chuo University, Tokyo, Japan. He is the author of the prize-winning A.B. Mitford and the Birth of Japan as a Modern State (Renaissance, 2017) and A Life of Sir Harry Parkes (Renaissance, 2021).