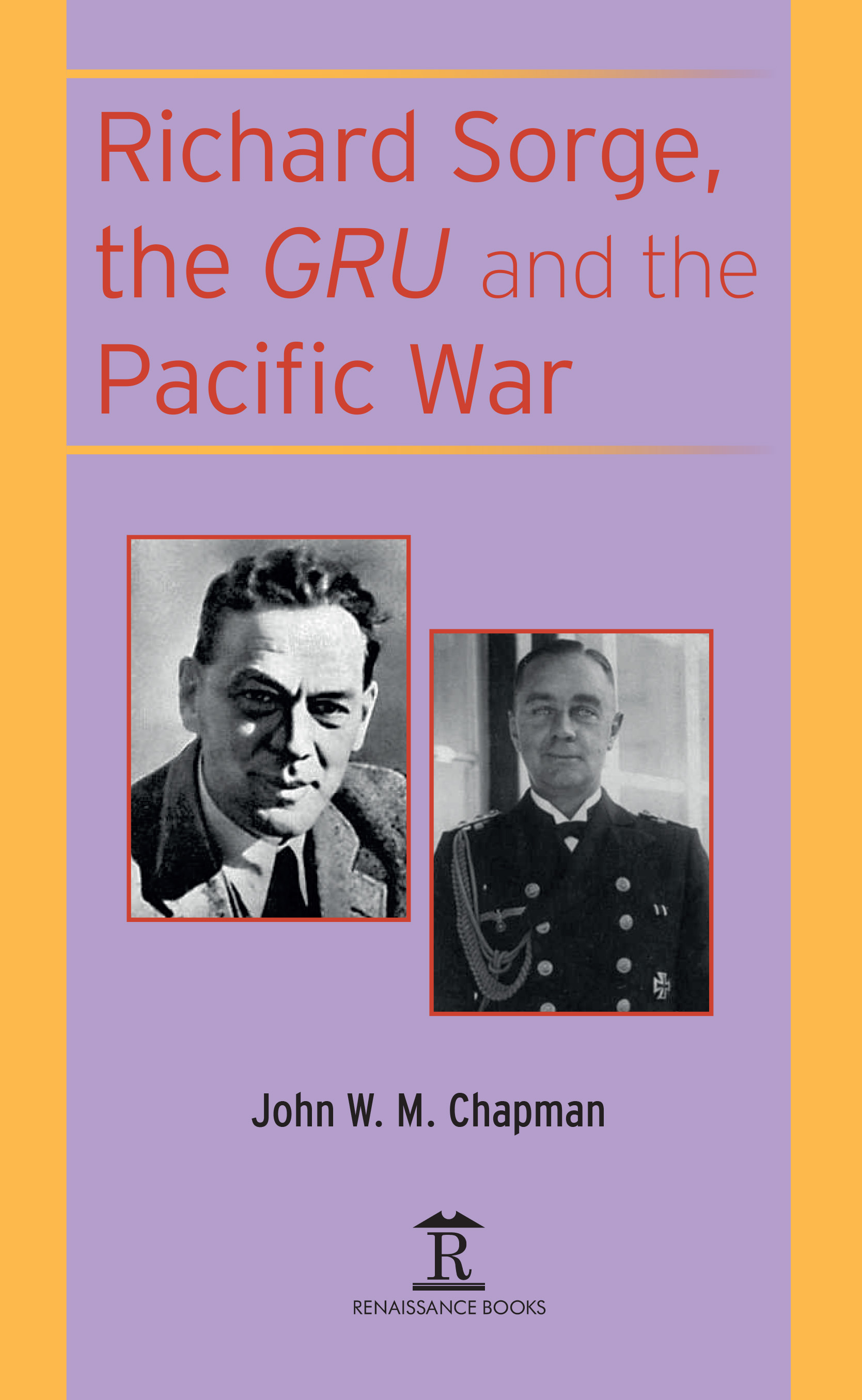 Richard Sorge, the GRU and the Pacific War

Sorge’s activities between 1930 and 1942 have tended to be lauded as those of a superlative human intelligence operator and the Soviet Union’s GRU (Soviet military intelligence unit) as the optimum of spy-masters. Although it was unusual for a great deal of inside knowledge to be obtained from the Japanese side, most attention has always been paid on the German side to the roles played by representatives of the German Army in Japan. This book, supported by extensive notes and a bibliography, by contrast, highlights the friendly relations between Sorge and Paul Wenneker, German naval attaché in Japan from 1932 to 1937 and 1940–45. Wenneker, from extensive and expanding contacts inside the Japanese Navy (and also concealed contacts with the Japanese Army) supplied Sorge with key information on the depth of rivalry between the Japanese armed services.