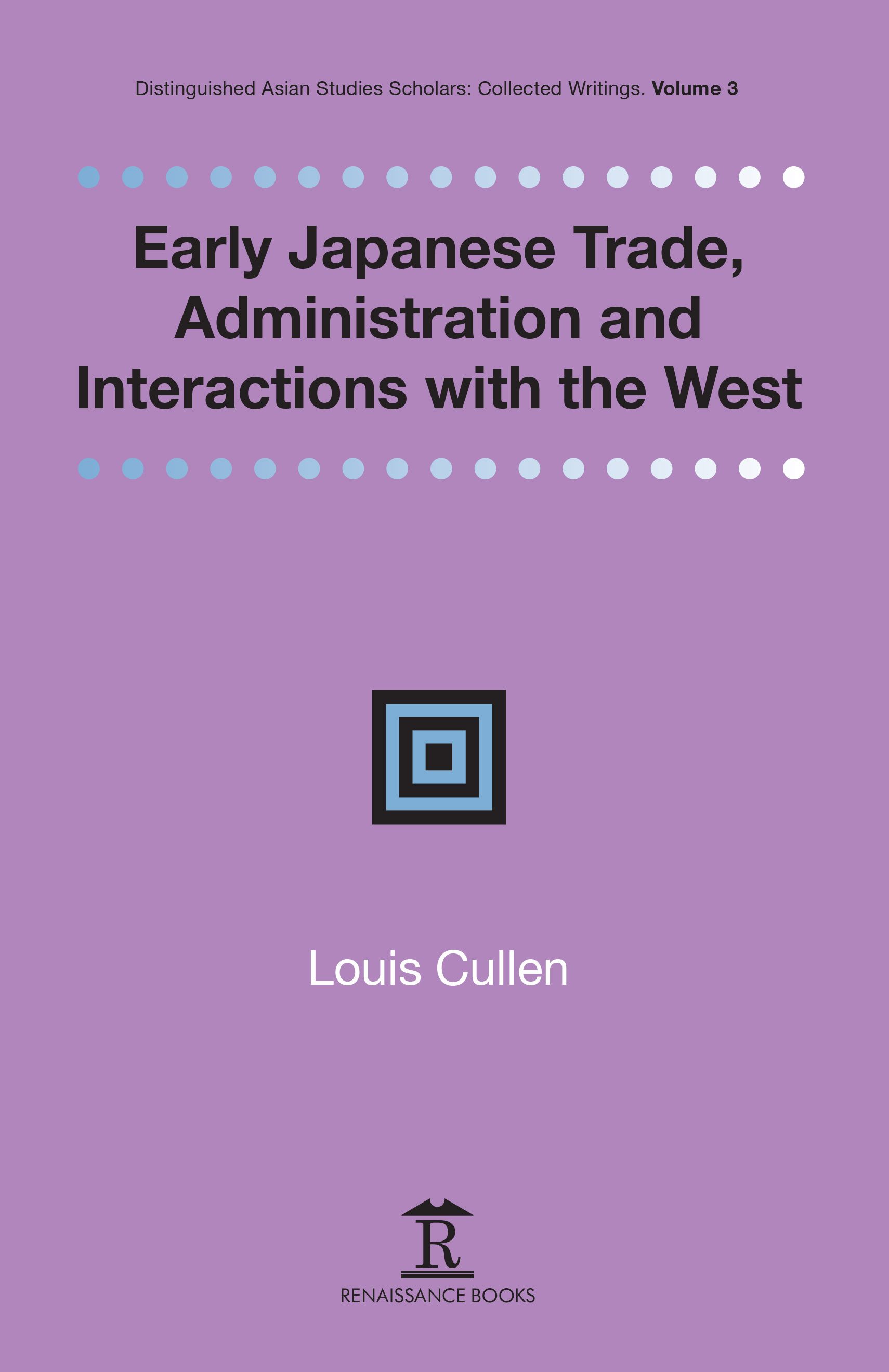 Early Japanese Trade, Administration and Interactions with the West

Throughout his academic career Louis Cullen’s main research interest has been foreign trade - originally that of England, Ireland and France, but from the mid-1990s, his focus turned to Japanese history resulting in his critically acclaimed A history of Japan 1582–1941: Internal and External Worlds. Subsequently, he concentrated on the analysis of archival sources and of the problems they pose for the interpretation of Japanese history: papers on some of these themes and their associated statistical dimensions have appeared in Nichibunken’s Japan Review and are republished here together with a collection of other papers including interpreting Tokugawa history and the knowledge and the use of Japanese by the Dutch on Dejima island.