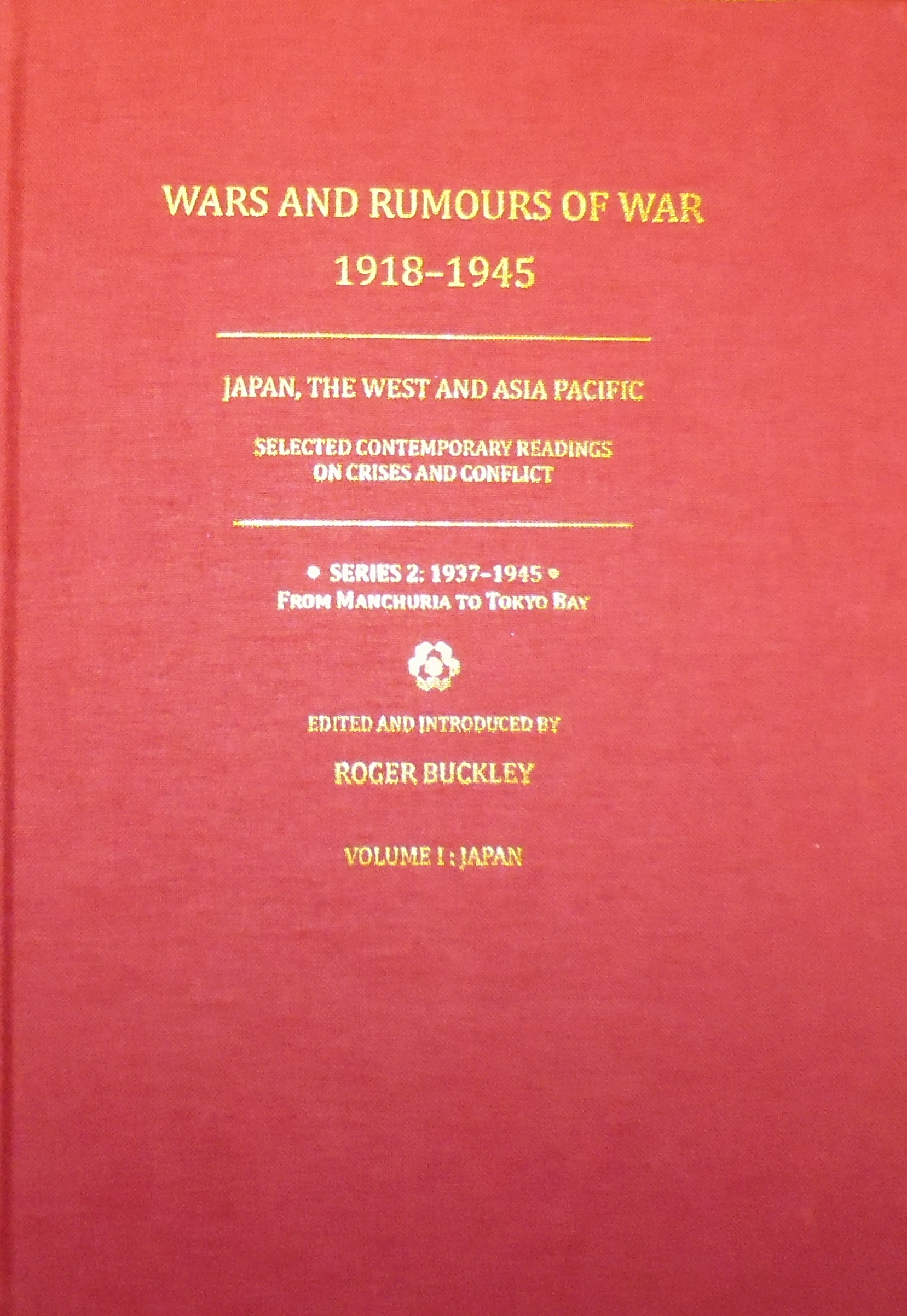 Supported by an in-depth Introduction and contextual analysis, this six-volume set complements Series I (1918-1937 – From Armistice to North China), addressing the history between 1938 and1945. Despite the widespread operation of war-time censorship and surveillance, publishers in the West and, to a lesser degree in East Asia, put out a range of material that remains of considerable value to later generations. Some of the texts selected are undeniably partisan but the quantity of the published material (and to some extent its quality) left the general public with a vast and varied archive of printed matter that deserves to be consulted and debated by today's researchers and students. Greater attention is given to American and British literature rather than Chinese or Japanese simply by virtue of the practical realities.

Roger Buckley PhD is Academic Visitor, St Antony’s College, Oxford, and Former Professor of International History, International Christian University, Tokyo. He is the author of The United States in the Asia-Pacific Since 1945 (2002) and (editor) The Post-War Occupation of Japan, 1945-1952, Series 1: Books (2011).