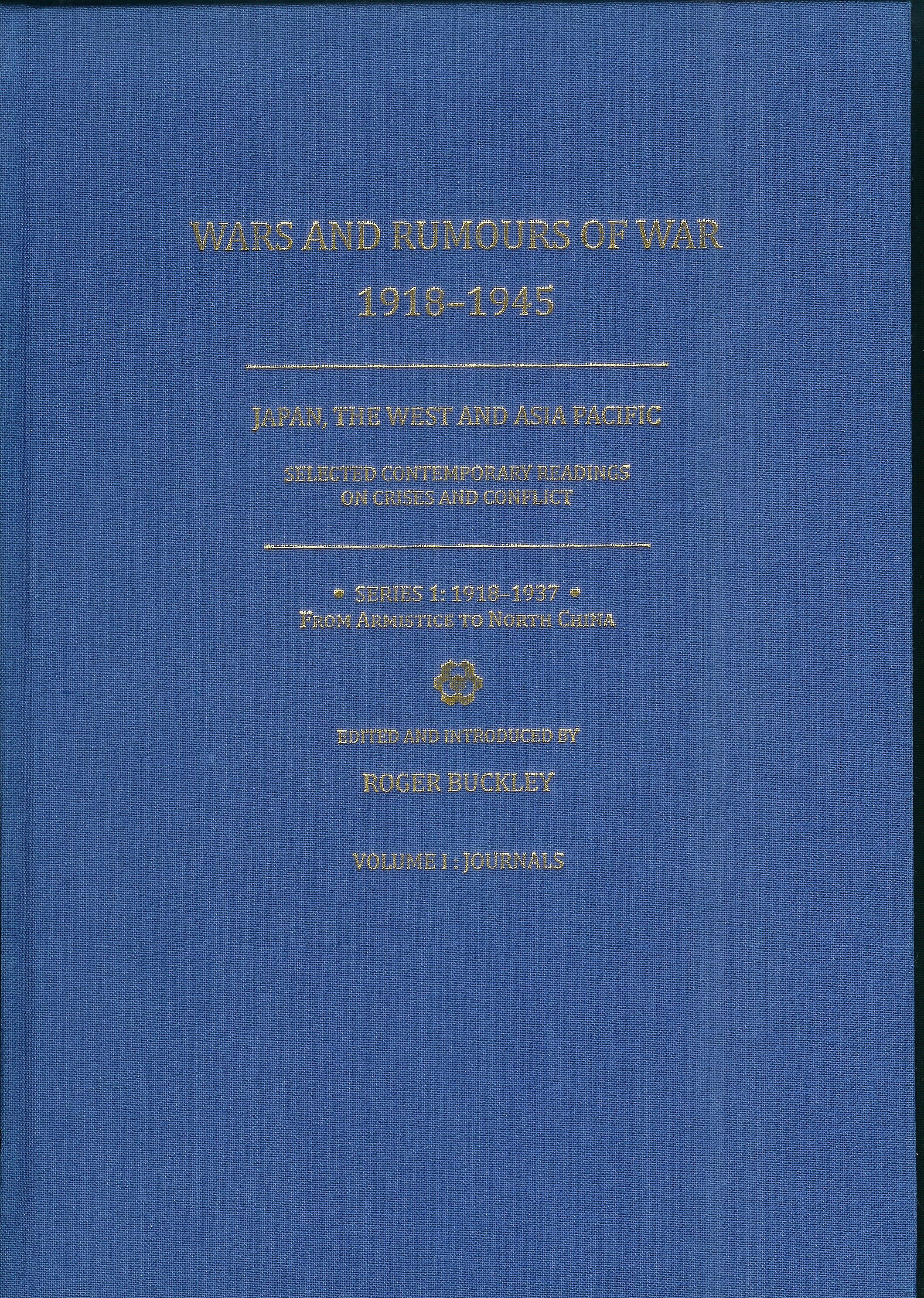 Wars and Rumours of War brings together a wide selection of contemporary English-language primary material in order to illustrate how authors from both Asia and the West saw contemporary events. For the first time, this new series makes available books, journal essays and periodical articles, many of which may be absent from standard bibliographies, with a view to widening debate and underlining the diversity of opinion that was available to contemporary audiences in Asia and beyond who were anxious to follow developments as they unfolded. Roger Buckley, who also edited the successful The Post-War Occupation of Japan (2013) series, argues that no apology should be required for this immediacy and that evidence drawn from the era must remain the bedrock for any retrospective analysis. In a world of rival imperialisms all the powers wished to safeguard their interests on the Asian continent by deploying military force as and when an emergency dictated.

Roger Buckley PhD is Academic Visitor, St Antony’s College, Oxford, and Former Professor of International History, International Christian University, Tokyo. He is the author of The United States in the Asia-Pacific Since 1945 (2002) and (editor) The Post-War Occupation of Japan, 1945-1952, Series 1: Books (2011).