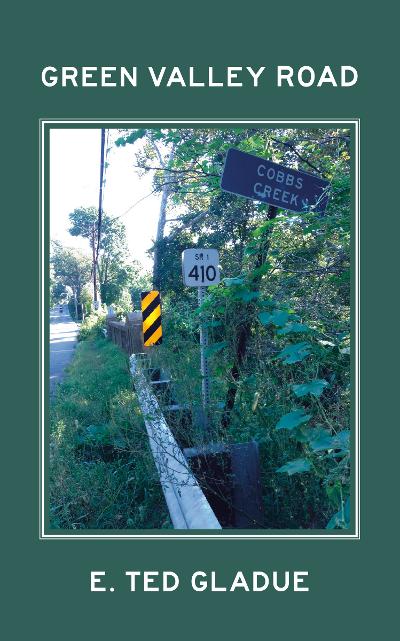 A story of a boy whose first consciousness of childhood was not about love and family, but about abusive authority at home, school, and neighborhood bullies, all dominated by a huge granite Catholic church and school run by abusive barely educated nuns. His parents were good people who lived through the Great Depression, who believed their main duty was housing, feeding, and educating. The unknown poet inside him never had a chance of liberation; for when day-dreaming and glancing out the window at birds and nature the nun would smack him on the head with her hand or a wooden ruler, declaring that “idleness is the Devil's workshop,” telling his mother he was the dumbest kid she ever taught, with the humiliation of spending two years in her fourth grade class. The nearby forest and streams offered the only refuge, their mysterious environments giving the young boy his first immersion into nature. But Green Valley Road also produced sport heroes, one of whom taught him to build his body and how to fist-fight the bullies in the rough neighborhoods throughout Philadelphia.

E. Ted Gladue is a native of Philadelphia Pennsylvania. He earned his Ph.D. at City University of New York, Graduate Center in International Politics, Chinese studies; and Clinical Psychiatry from Mt. Sinai Medical School. For six years he traveled the world as an investigator for United Nations Director of Political & Security Affairs. He worked as a traveling professor at many universities, including Princeton and taught graduate courses to U.S. military combat officers on overseas bases around the world. He worked as a Ship Agent handling oil tankers, container, lumber, steel, and fruit ships from around the world. Dr Gladue is a journalist, author of novels and poetry, has a Ph.D. dissertation, “China’s Diplomatic Behavior in the United Nations,” including his book, “China’s Perception of Global Pollitics.” He splits his time between Florida and Dublin, Ireland where he hold Irish citizenship.

Other Titles from Commonwealth Books