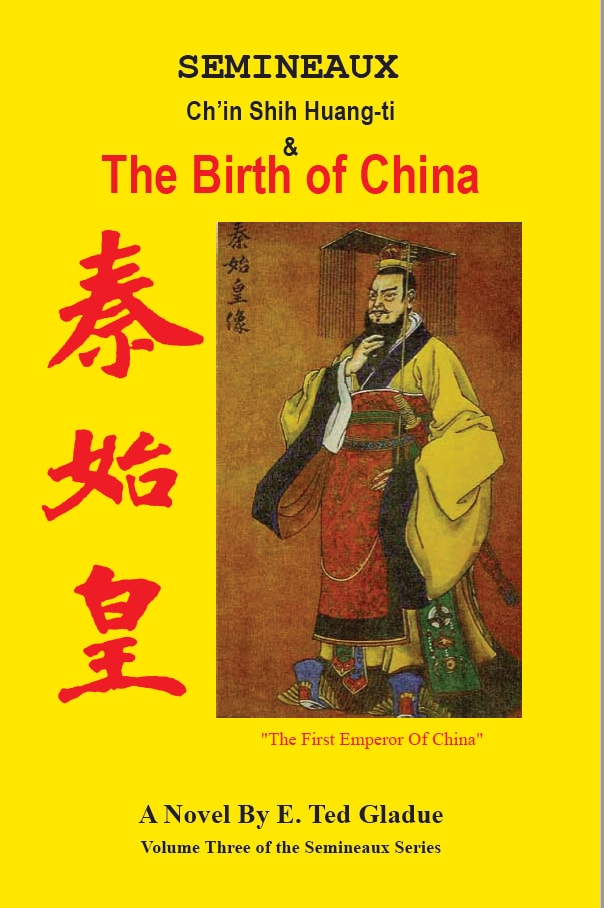 Sean Semineaux, on a merchant ship, coming out of New Zealand in 1986, has to fight for his survival as the ship sinks in the middle of the Pacific in the midst of strange circumstances. Semineaux survives and washes up on the China coast. The only problem, the year is 261 BC, and, at first he thinks he has gone mad, but he becomes a witness to the first unification of China in 221 BC,.

E. Ted Gladue is a native of Philadelphia, Pennsylvania. He earned his Ph.D. at City University of New York, in International Politics, Chinese Studies, and Clinical Psychiatry from Mt. Sinai Medical School. For six years he traveled the world for the United Nations Director of Political and Security Affairs. He worked as a traveling professor at many universities, including Princeton and taught U.S. military officers on overseas bases around the world. Dr. Gladue is a journalist, author of novels and poetry, has a Ph.D. Dissertation in "China's Diplomatic Behavior in the United Nations," including his book, "China's Perception of Global Politics." He splits his time between Panama City, Florida and Dublin, Ireland where he holds Irish citizenship.

Other Titles from Commonwealth Books