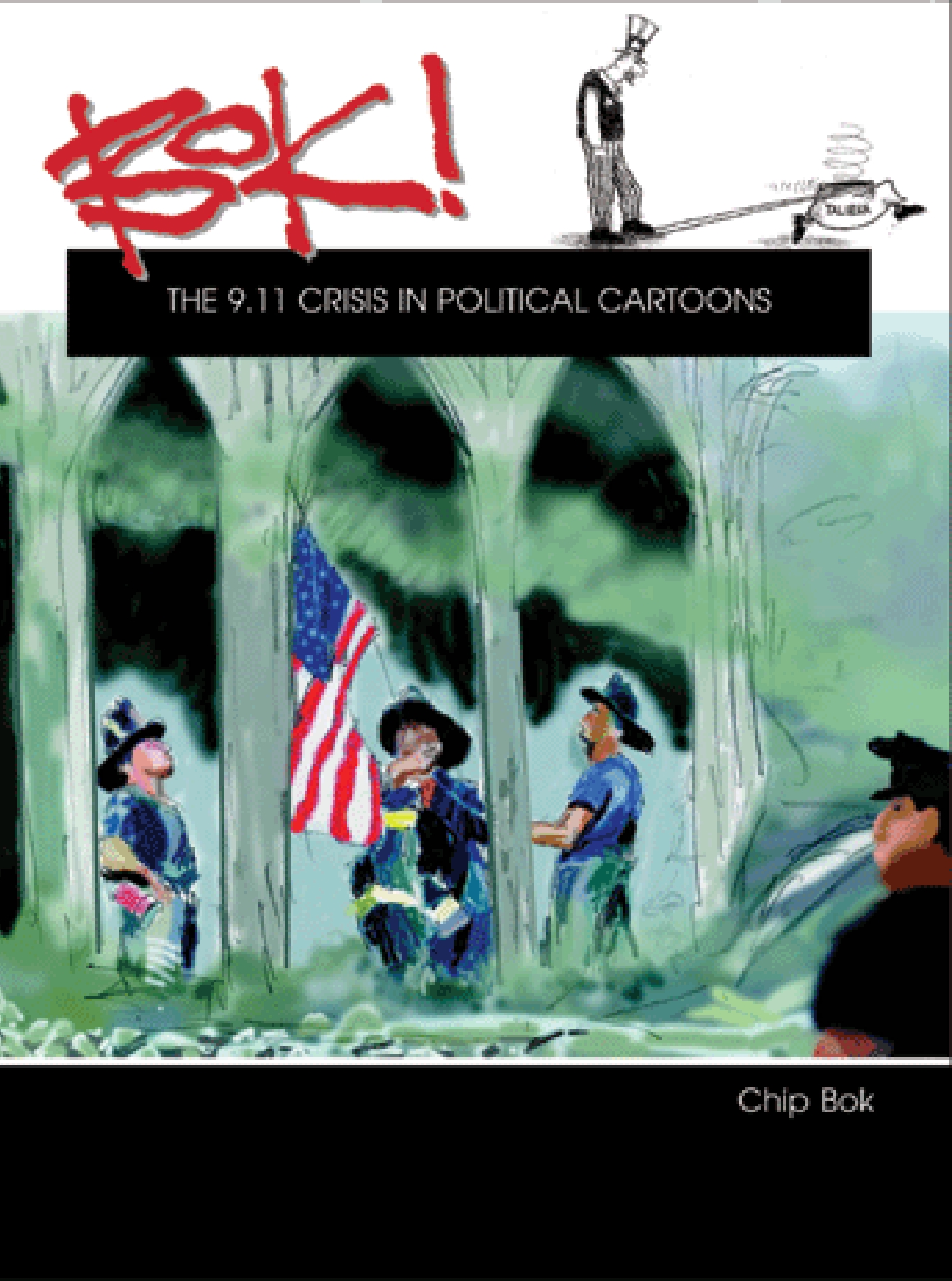 Bok! The 9.11 Crisis in Political Cartoons

Has the world changed since September 11, 2001? It has for at least one band of subversive operatives who scheme in the shadows to ambush politicians. I'm speaking, of course, of the small yet poorly organized cells of individuals who take advantage of the freedoms this nation provides in order to carry out their roles as political cartoonists. I'm one of them and this is my story. I've operated inside these borders for many years, confounding immigration officials by the simple yet elegant strategy of being born here. The primary targets of my drawing have always been the leaders of my own government from city council to Congress to the president. That's what cartoonists do and that's what the public expects of us. But what happens when an enemy force attacks the government, not with sarcasm and satire, but with commercial aircraft loaded with jet fuel, and destroys national landmarks in New York City and Washington D.C., killing thousands of people? In the immediate aftermath of the September 11 attack a lot of things changed, and I felt like one of them was my job description. No more mucking around with Gary Condit. The social security lock box was now a dead issue. And while it was tempting to make something of the president's disappearing act in Air Force One on that day, it's tough to attack the commander-in-chief when the United States itself has just been attacked. This book contains a collection of my cartoons from that day forward.

Chip Bok has been the staff editorial cartoonist for the Akron Beacon Journal since 1987. Through Creators Syndicate, his cartoons appear in over 100 publications, including the Chicago Tribune, Washington Post, New York Times, Los Angeles Times, Time, and Newsweek. He also serves as executive committee chair for The Reporters Committee for Freedom of the Press in Arlington, Virginia. He is a 1974 graduate of the University of Dayton with a B.A. in English and a minor in sociology.