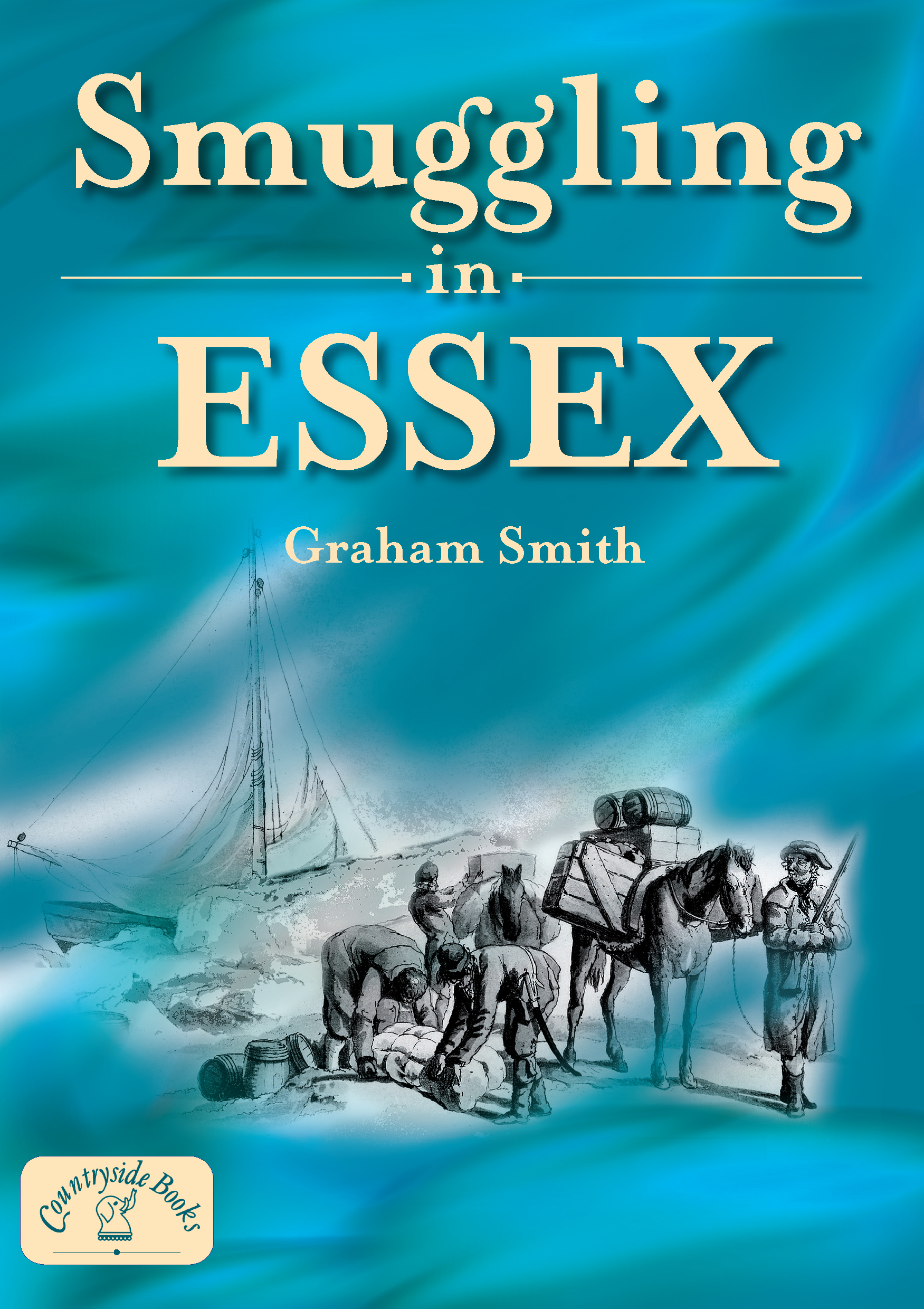 Essex has always been particularly suited to smuggling. It has over ninety miles of coastline bordering the North Sea, and an even greater length of navigable rivers, tidal creeks and backwaters. The county’s maritime trade has been based predominantly in its three major ports—Colchester, Maldon and Harwich—with Manningtree, Mistley, Brightlingsea, Burnham and Leigh-on-Sea operating as ‘sub ports’ in a more minor role.During the period from 1700 to the 1830s, known as the heyday of smuggling, there was a hugely profitable trade in smuggled luxuries including tea, tobacco, spirits, silks and lace, as well as less orthodox cargo. Despite the romantic associations passed down by history, in reality smuggling was a vicious, violent and bloody undertaking. In more recent times, improved transport and communications, more sophisticated methods and illegal imports such as drugs; pornographic material; firearms; and live animals and birds have made combating smuggling a challenging and daunting task.Graham Smith’s meticulously researched book describes the smuggling industry in detail along each section of the Essex coast, explaining the various methods used. He introduces the legendary characters involved, including Mrs Gregson, the female ‘Fagin’ of Barking who employed a gang of local boys to obtain smuggled tobacco to supply to London merchants; William Blyth of Pagglesham, dubbed ‘The King of the Smugglers’; and Michael ‘Micky’ Steele who landed a small Cessna aircraft at St Osyth in 1989 carrying £1 million worth of cannabis.

Graham Smith is a local author living in Essex. He has written many popular books on East Anglia, including Essex and its Race for the Skies, Heroes of Bomber Command Cambridgeshire and Suffolk Airfields in the Second World War.