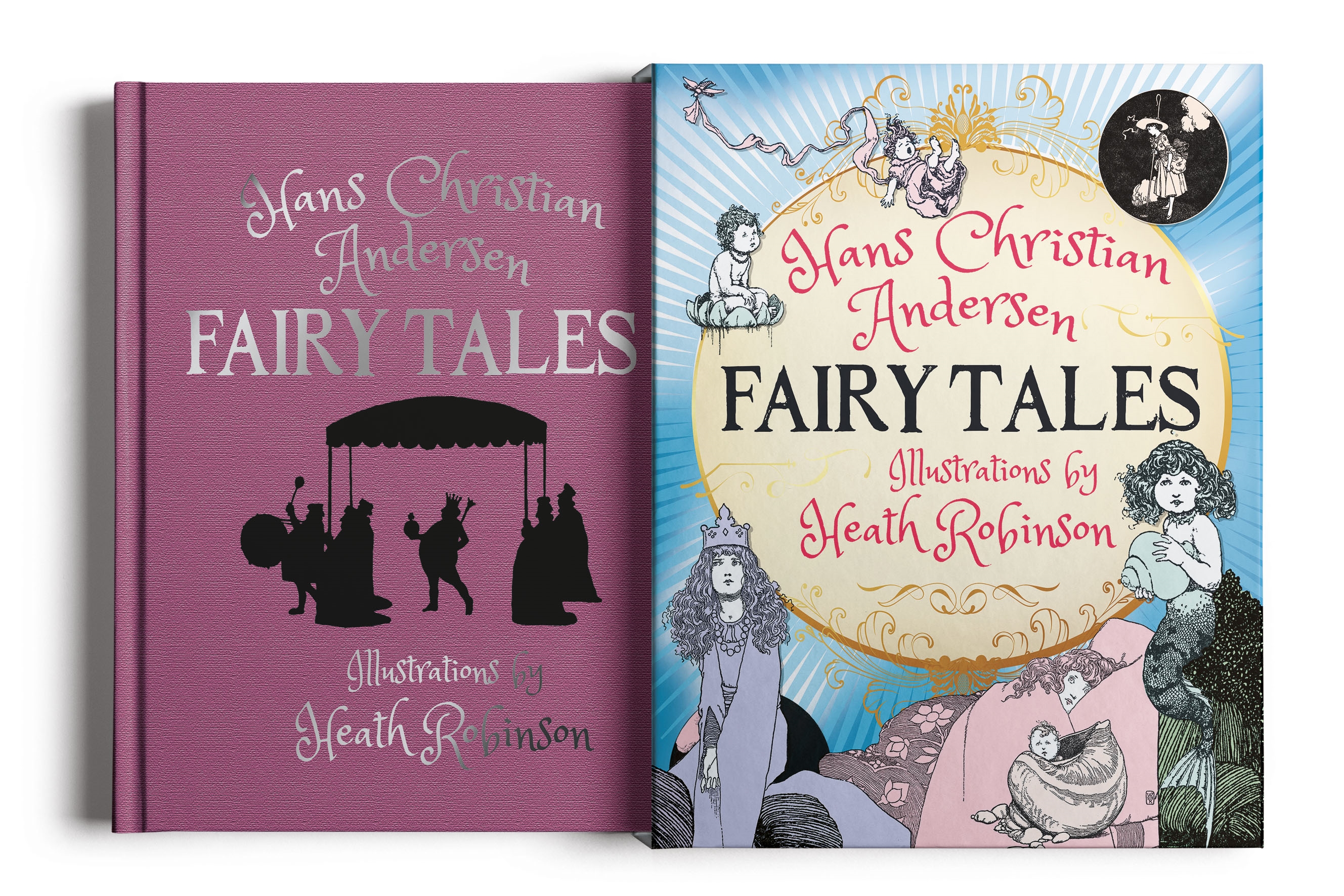 Features the most well-known fairy tales of all time, including 'Thumbelina', 'The Emperor's New Suit' and 'The Ugly Duckling'.

Hans Christian Andersen (1805-1875) was a prolific Danish writer who is best known for his fairy tales, which have been translated into more than 100 different languages. His birthday, 2 April, is celebrated as International Children's Book Day each year and one of Copenhagen's most celebrated monuments, the statue of the Little Mermaid in the harbour, commemorates one of his best-known tales.

Heath Robinson (1872-1944) was an English artist who was best known for his humorous drawings and his illustrations for Kipling, Shakespeare and many children's stories. His name entered the English language as early as 1912 and is still in use as a means to describe complex, ad hoc contraptions similar to those that featured in many of his cartoons