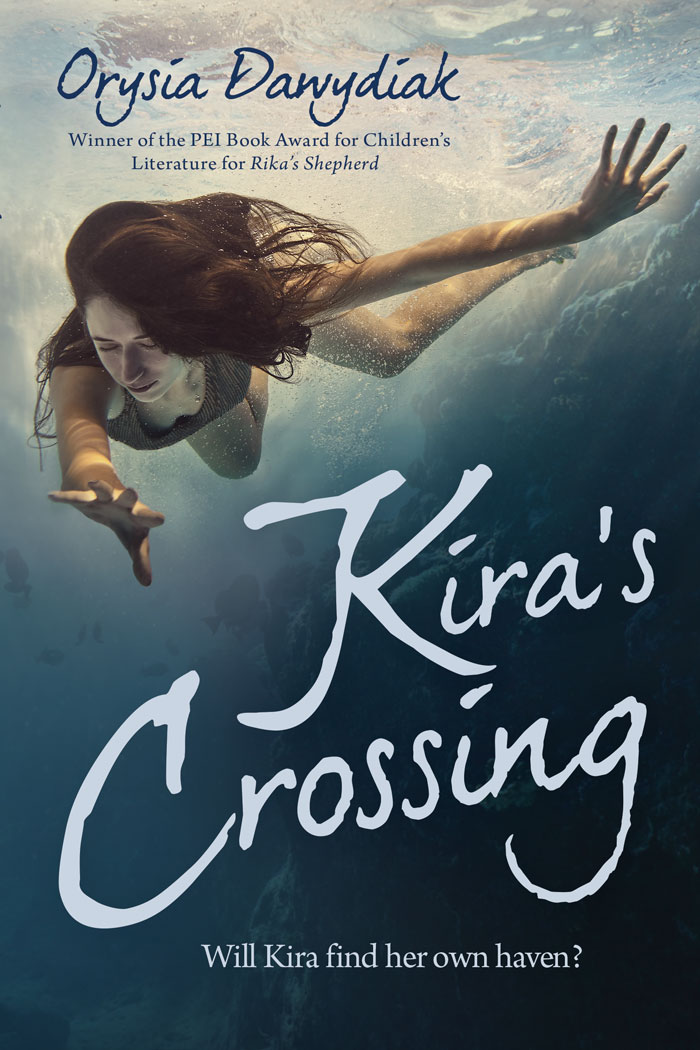 Five years had passed since Kira discovered that she was a mermaid adopted by a fisherman and his wife. Her birth parents were merrow royalty who had been imprisoned by their enemies, the shape shifting Finfolk. The Finfolk had also taken over Merhaven, the hereditary undersea home of the West Atlantic merrows. Encouraged by merrow clans and supported by the local fishing community, Kira decided to join a Merhaven recovery mission. Also volunteering for the operation was Janus, a mysterious, handsome young merrow from the North Sea, as well as several Spegars, large merrows from across the Atlantic, who hunted with spears. In the chaos that followed the mission, Kira found herself on an unexpected journey that would take her across the continent and a fight for her own survival.

Orysia Dawydiak has always been fascinated with human and animal behaviour. She lives on a Prince Edward Island farm where she has raised Shetland sheep and Akbash Dogs for many years, and wrote an award-winning book on livestock protection dogs. Her books for young readers range from Rika's Shepherd, about life on a sheep farm to the Kira series of coastal fishing communities where the possibilities of alternate life forms become real. Her middle grade fiction novel, Kira's Secret was short-listed for the Hackmatack Children's Choice Book Award and was followed by Kira's Quest. Kira's Pendright continues the story five years later. Visit her website at orysiadawydiak.com.