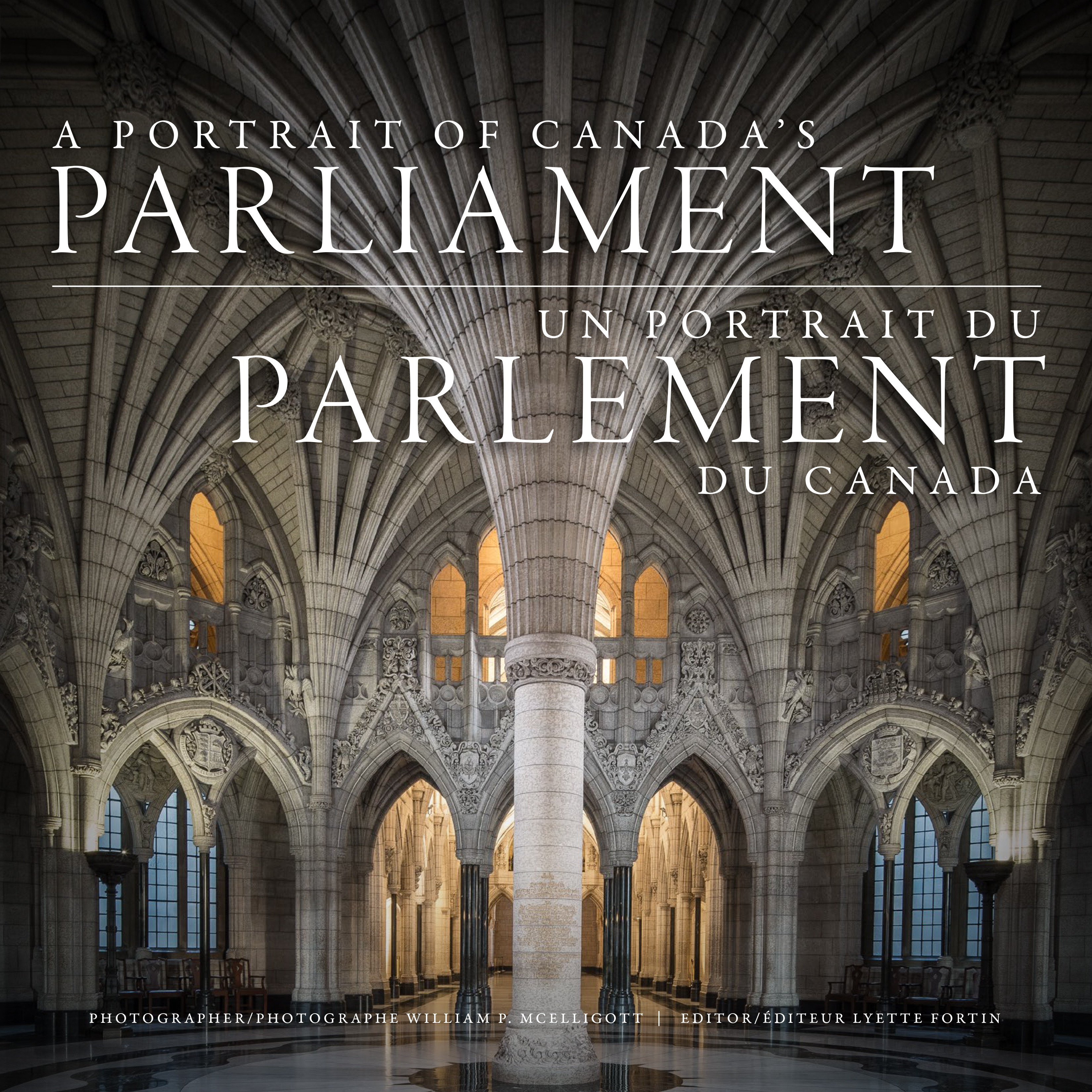 A Portrait of Canada’s Parliament

A stunning visual exploration of Canada’s most recognized building accompanied by a comprehensive study of its history, in a coffee-table worthy volume. The Centre Block, the iconic parliament building that has come to be Canada’s foremost representation, was closed in 2018 and will remain closed for at least a decade for a complete renovation and restoration. During that time, hundreds of thousands of Canadians and visitors to Canada will miss the opportunity to tour the building and view its architecture and symbolic artwork. With original photographs from noted architectural photographer William P. McElligott, historical images, and thematic articles written by established subject specialists, A Portrait of Canada’s Parliament/Un Portrait du Parlement du Canada provides a contemporary look at one of the nation’s greatest symbols and documents and analyzes the context, landscape, heritage, and structure of this unique national icon, from its origins to its present and to its future ahead. This gorgeous volume, presented in English and French, will be treasured by all those with an interest in Canada’s architectural and parliamentary history.

William P. (Willie) McElligott (Meech Lake, QC) is a professional architectural photographer and the author of two previous books on the national capital region. Since 1980, Willie has worked with the architects and visionaries who have helped shape the built landscape of the Ottawa region. He has worked as an architectural photographer and visual consultant on the site selection process for both the National Gallery of Canada and the Canadian Museum of History, along with the bid and selection process for the World Exchange Plaza, the Central Chambers building, the Shaw Centre, the revitalization of Lansdowne Park, and most recently the LeBreton Flats project. Lyette Fortin (L’Ange-Gardien, QC) is a consultant in architectural conservation and an adjunct professor at the Azrieli School of Architecture and Urbanism at Carleton University. She worked as a conservation architect with the federal government for over three decades on heritage sites across Canada. As director of architectural planning for the House of Commons, from 1996 to 2012, she oversaw the development of the Long Term Vision and Plan for the Parliamentary Precinct.