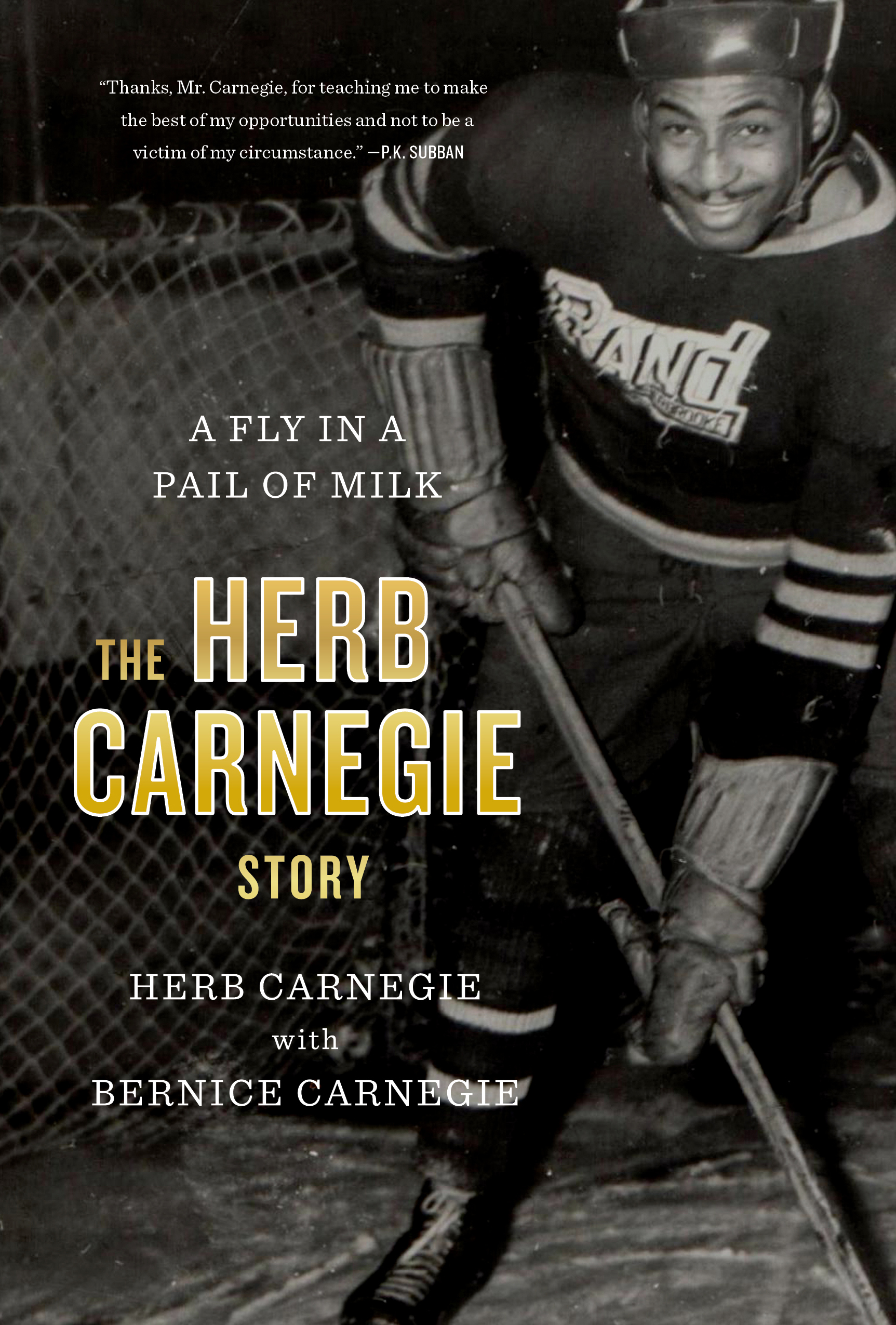 A Fly in a Pail of Milk

Revised and updated with commentary from Bernice Carnegie, Herb’s daughter, and life lessons passed from father to daughter Herbert Carnegie was the complete hockey package in the 1940s and 1950s. Though his contributions to society both in sport and education have been referenced and profiled in books, documentaries, and thousands of articles, this is Carnegie’s own account of striving to break the glass ceiling, starting with his career as a professional hockey player on all-white teams. In 1978, noted hockey journalist Stan Fischler wrote a powerful headline about Carnegie: “Born Too Soon.” A Fly in a Pail of Milk reveals the feelings of a trailblazer — a man who proved to be unstoppable on the ice and in his resolve to make our world a better place. In this new edition, Herb’s daughter Bernice Carnegie shares stories about what it was like to work closely with Herb on youth and educational projects for more than 30 years. She also reflects on parts of her father’s writings, sharing personal thoughts, family stories, and conversations about how his journey profoundly influenced her life.

Herbert Carnegie is a Black Canadian icon who was inducted into 13 halls of fame and received eight medals for community service, including the Order of Canada. Following an outstanding career in hockey, he became a revered community leader, enriching countless lives through his character development initiative Future Aces. Bernice Carnegie is an educational and life enrichment speaker who shares the compelling story of her family who settled in Canada circa 1912. She is co-founder of their family’s youth-based charitable foundation that has promoted character education for three decades and proudly served as its executive director for 17 years. She lives in Toronto, Ontario.