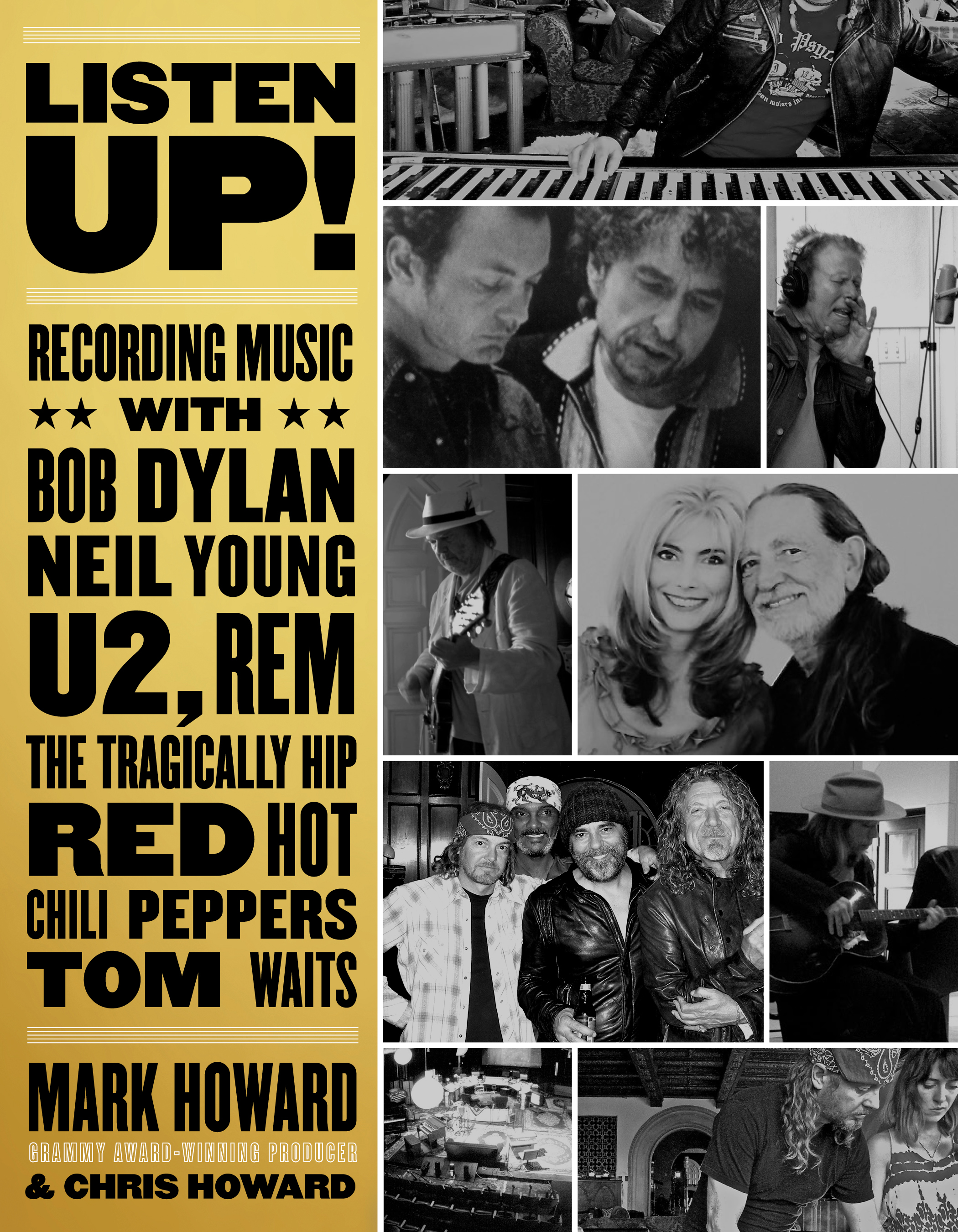 An album-by-album account of working with iconic artists such as Anthony Kiedis, Michael Stipe, Gord Downie, and Bono, from a leader in the field Mark Howard, a record producer/engineer/mixer and a trailblazer in the industry, will take you through the star-studded world of recording and producing Grammy Award–winning artists. Listen Up! is an essential read for anyone interested in music and its making. Along with the inside stories, each chapter gives recording and producing information and tips with expert understanding of the equipment used in making the world’s most unforgettable records and explanations of the methods used to get the very best sound. Listen Up! is both production guide and exclusive backstage pass into the lives of some of the planet’s most iconic musicians. Writing with his brother Chris Howard, Mark Howard provides a rare glimpse into the normally invisible, almost secretive side of the music story: that of the producer and recording engineer.

Born in Manchester, England, Mark Howard is a Canadian record producer, engineer, and mixer. He has worked with Neil Young, R.E.M., Willie Nelson, Peter Gabriel, U2, the Neville Brothers, Tom Waits, Lucinda Williams, Emmylou Harris, Marianne Faithfull, and the Tragically Hip, among many others. He currently lives in Burlington, Ontario. Chris Howard is an author and painter.