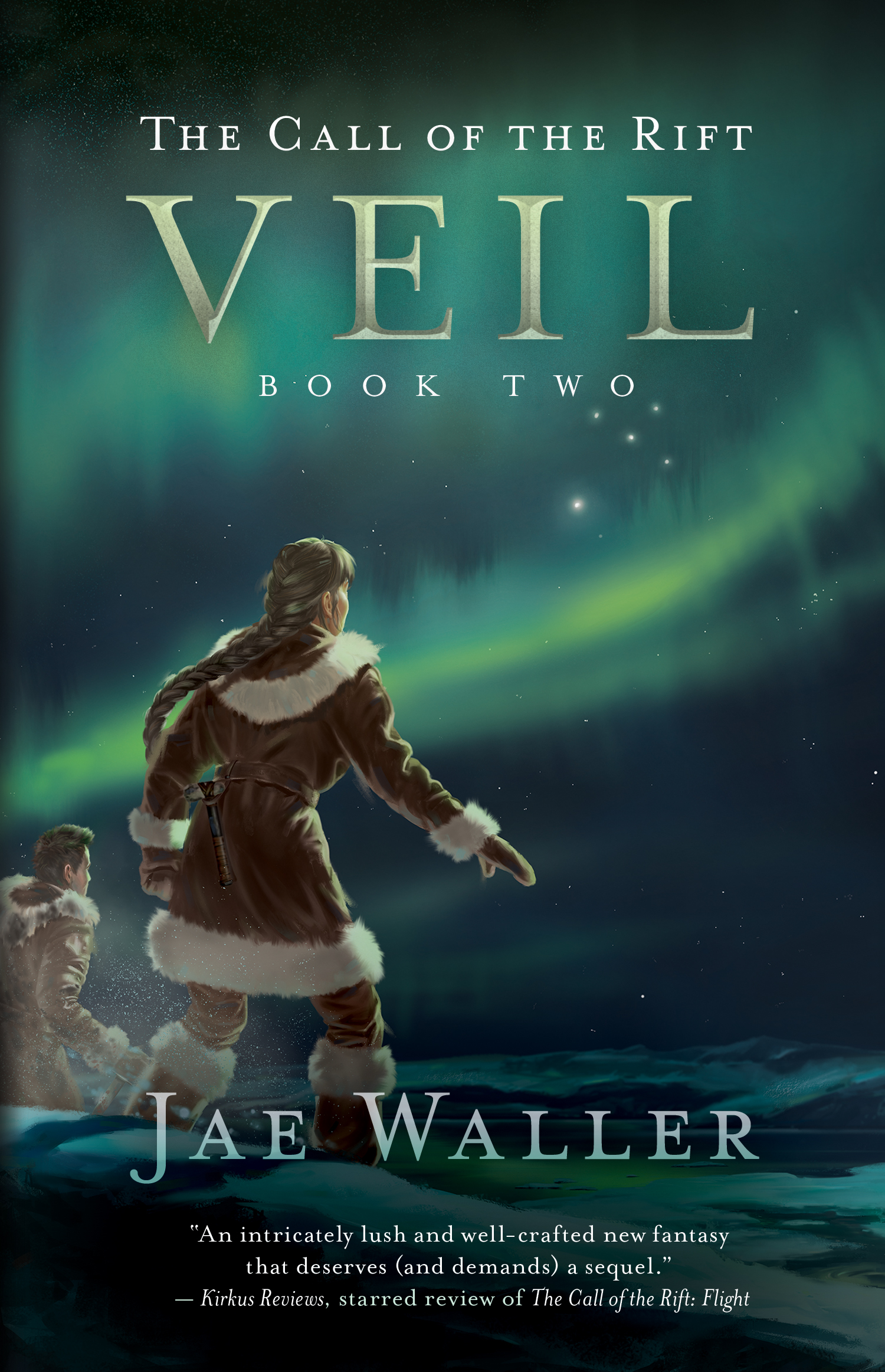 The Call of the Rift: Veil

Return to Jae Waller’s wondrous and war-torn colonial world in this captivating second instalment in The Call of the Rift series “[A] stunning debut . . . An intricately lush and well-crafted new fantasy that deserves (and demands) a sequel.” — Kirkus Reviews, starred review of The Call of the Rift: Flight  The Blackbird Battle has left all sides devastated. The wind spirit Suriel has disappeared. A hard winter is coming, and famine stalks the land. Kateiko Rin returns to her people, ready at last to rejoin her community, but the dangers of the unsettled times come raging to her doorstep. Kako is left with no choice but to battle the forces that seek to open a rift between the worlds. Leading an unlikely alliance that includes her new love Airedain and her old one Tiernan, Kako must risk all to try and stop the coming disaster. Author Jae Waller returns to her riveting alternate world of brooding rainforests in a colonial time and to her headstrong, troubled heroine in this compelling second volume of the Call of the Rift quintet.