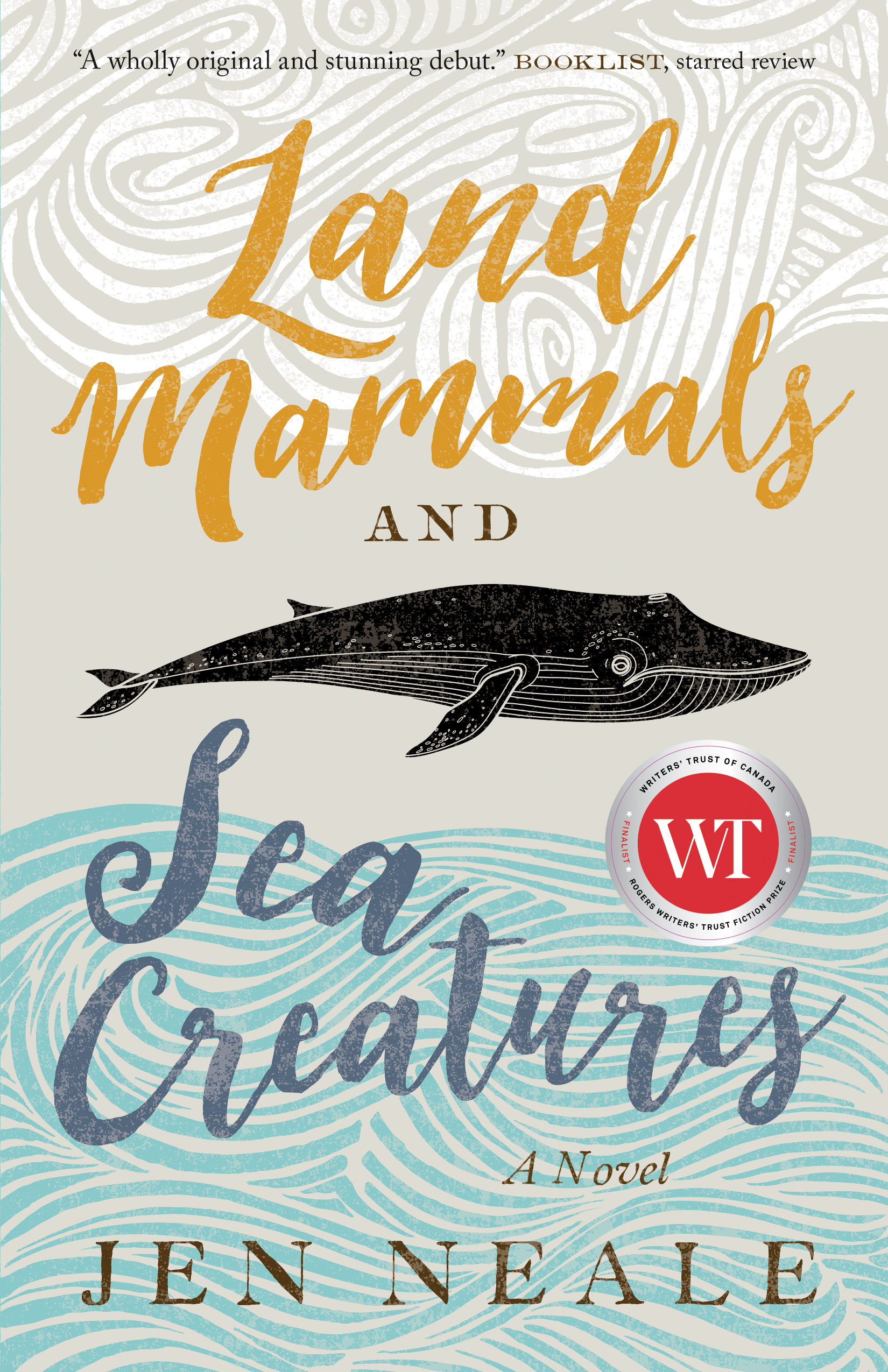 A startling, moving magic realist debut Almost immediately upon Julie Bird’s return to the small port town where she was raised, everyday life is turned upside down. Julie’s Gulf War vet father, Marty, has been on the losing side of a battle with PTSD for too long. A day of boating takes a dramatic turn when a majestic blue whale beaches itself and dies. A blond stranger sets up camp oceanside: she’s an agitator, musician-impersonator, and armchair philosopher named Jennie Lee Lewis — and Julie discovers she’s connected to her father’s mysterious trip to New Mexico 25 years earlier. As the blue whale decays on the beach, more wildlife turns up dead — apparently by suicide — echoing Marty’s deepest desire. But Julie isn’t ready for a world without her father. A stunning exploration of love and grief, Land Mammals and Sea Creatures is magic realism on the seaside, a novel about living life to the fullest and coming to your own terms with its end.

Jen Neale lives in Vancouver with her partner, Brendan, and her dog, Sulu. She has a master’s degree in creative writing from the University of British Columbia. In 2012, she won the Bronwen Wallace Award for Emerging Writers; jurors Madeleine Thien, Johanna Skibsrud, and Alexander MacLeod cited her “pure imaginative power, sharp humor, emotional honesty, and real insight.” Land Mammals and Sea Creatures, her first novel, was shortlisted for the Rogers Writers’ Trust Fiction Prize.