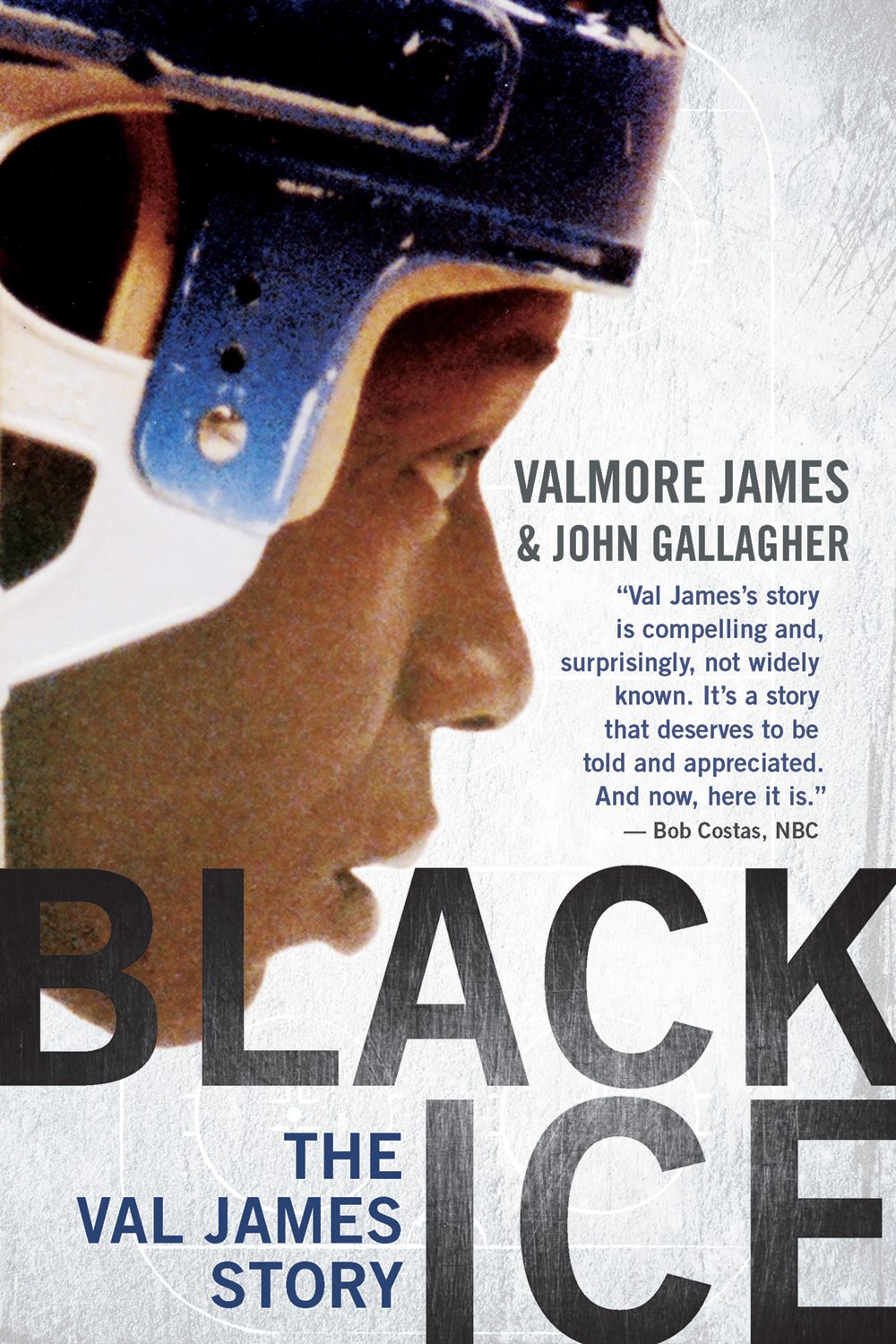 The first Black American in the NHL tells his story — now in trade paper Val James received his first pair of skates for his 13th birthday and by 16, he left his home in New York to play in Canada, where he was the only black person on his junior team and, often, in the whole town. While popular for his tough play and winning personality, the teenager faced racist taunts at opposing arenas. The prejudice he encountered continued at all levels of the game. He became the first African American NHLer when he took to the ice with the Buffalo Sabres in 1982, and in 1987 he was the first black player of any nationality to skate for the Toronto Maple Leafs. In his two NHL stints, James defined himself as a team player known for his pugilistic skills. As featured in a Fox News Black History Month documentary, on NHL.com, NPR’s Morning Edition, ESPN’s Olbermann, and in Newsday, the L.A. Times, and the New York Times, Black Ice is the untold story of a trail-blazing athlete who endured and overcame discrimination to realize his dreams and become an inspiration for future generations. This edition includes a new afterword that explores James’s legacy.

After nearly 20 years playing junior and professional hockey, Val James settled in Ontario with his wife, Ina. Currently a federal prosecutor, John Gallagher is a former White House Fellow and former New York City police officer. He lives with his family in Pennsylvania.