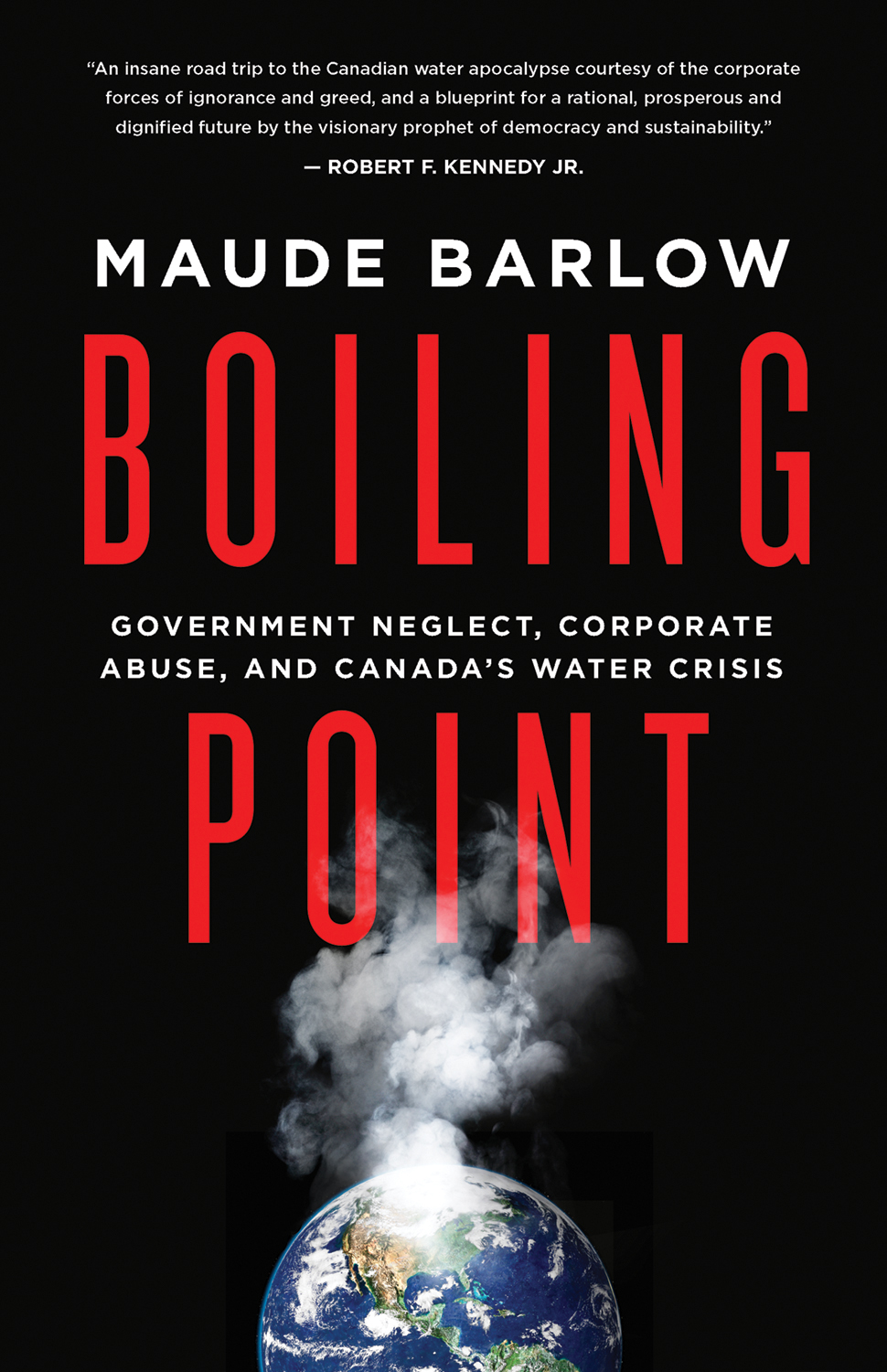 Passionate and cogent, this could be the most important book of the year for Canadians We are complacent. We bask in the idea that Canada holds 20% of the world’s fresh water — water crises face other countries, but not ours. We could not be more wrong. In Boiling Point, bestselling author and activist Maude Barlow lays bare the issues facing Canada’s water reserves, including long-outdated water laws, unmapped and unprotected groundwater reserves, agricultural pollution, industrial-waste dumping, boil-water advisories, and the effects of deforestation and climate change. This will be the defining issue of the coming decade, and most of us have no idea that it is on our very own doorstep. Barlow is one of the world’s foremost water activists and she has been on the front lines of the world’s water crises for the past 20 years. She has seen first-hand the scale of the water problems facing much of the world, but also many of the solutions that are being applied. In Boiling Point, she brings this wealth of experience and expertise home to craft a compelling blueprint for Canada’s water security.

Maude Barlow is the author of 17 books, including the bestselling Blue Water trilogy. She is the chair of the Council of Canadians and of the Washington-based Food and Water Watch. She is also a board member of the International Forum on Globalization and a councillor with the World Future Council. In 2008–2009, she served as the first senior advisor on water to the Secretary General of the United Nations and was a leader in the campaign to have water recognized as a human right by the UN. She lives in Ottawa, Ontario.