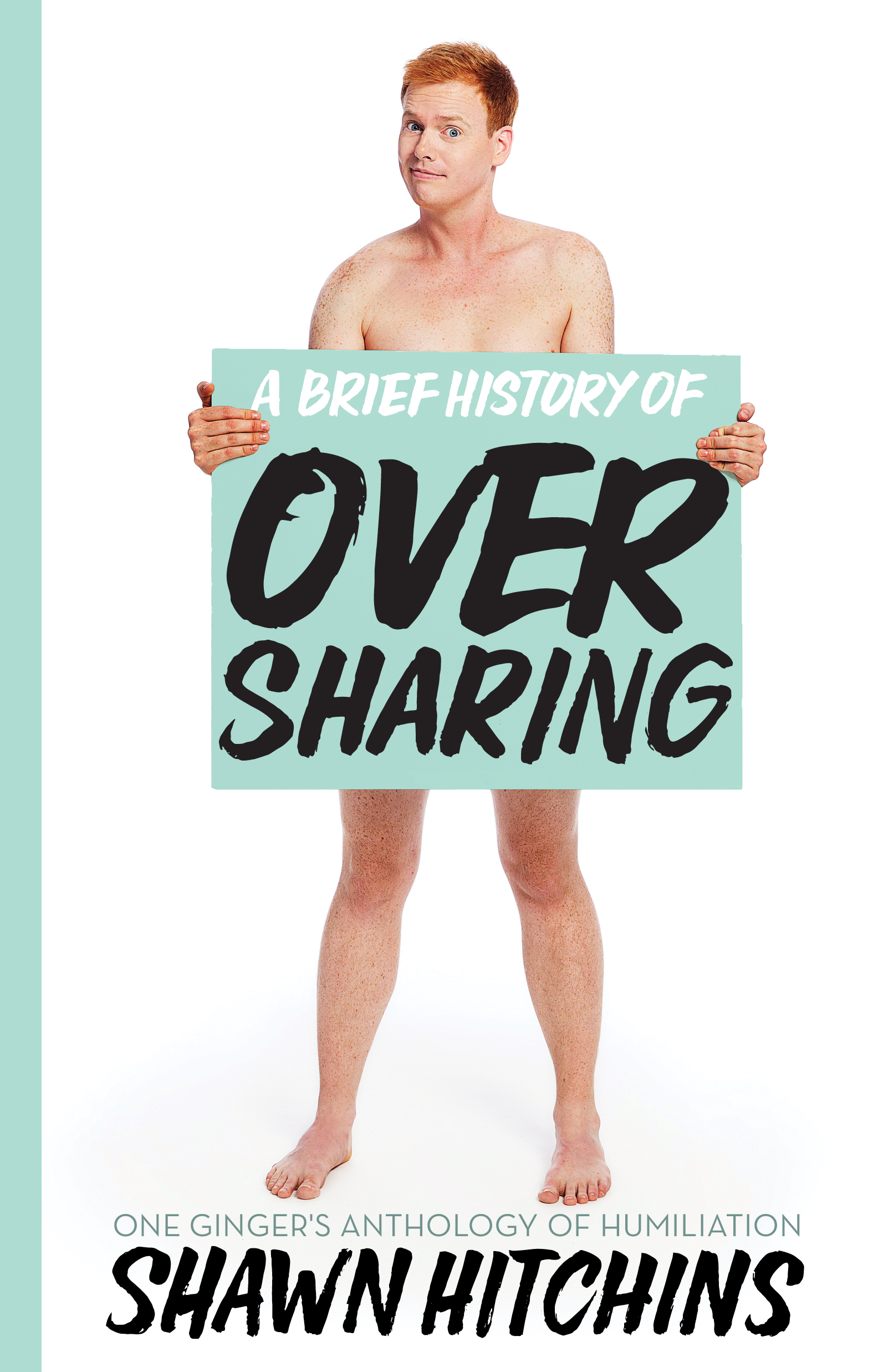 A Brief History of Oversharing

One Ginger’s Anthology of Humiliation

Musings from a “one-man flash mob” (Toronto Star) Comedian Shawn Hitchins explores his irreverent nature in this debut collection of essays. Hitchins doesn’t shy away from his failures or celebrate his mild successes — he sacrifices them for an audience’s amusement. He roasts his younger self, the effeminate ginger-haired kid with a competitive streak. The ups and downs of being a sperm donor to a lesbian couple. Then the fiery redhead professes his love for actress Shelley Long, declares his hatred of musical theatre, and recounts a summer spent in Provincetown working as a drag queen. Nothing is sacred. His first major break-up, how his mother plotted the murder of the family cat, his difficult relationship with his father, becoming an unintentional spokesperson for all redheads, and many more. Blunt, awkward, emotional, ribald, this anthology of humiliation culminates in a greater understanding of love, work, and family. Like the final scene in a Murder She Wrote episode, A Brief History of Oversharing promises everyone the A-ha! moment Oprah tells us to experience. Paired with bourbon, Scottish wool, and Humpty Dumpty Party Mix, this journey is best read through a lens of schadenfreude.

Best known for sparking the global wave of Ginger Pride by marching hundreds of redheads through the streets of Edinburgh, Shawn Hitchins is an award-winning entertainer who has toured throughout Canada, the U.S., and the U.K. Hitchins was raised in a hayfield, educated in a swamp, and still has all his own teeth. He resides in Toronto, Ontario (a city he’s tried to escape since Y2K).