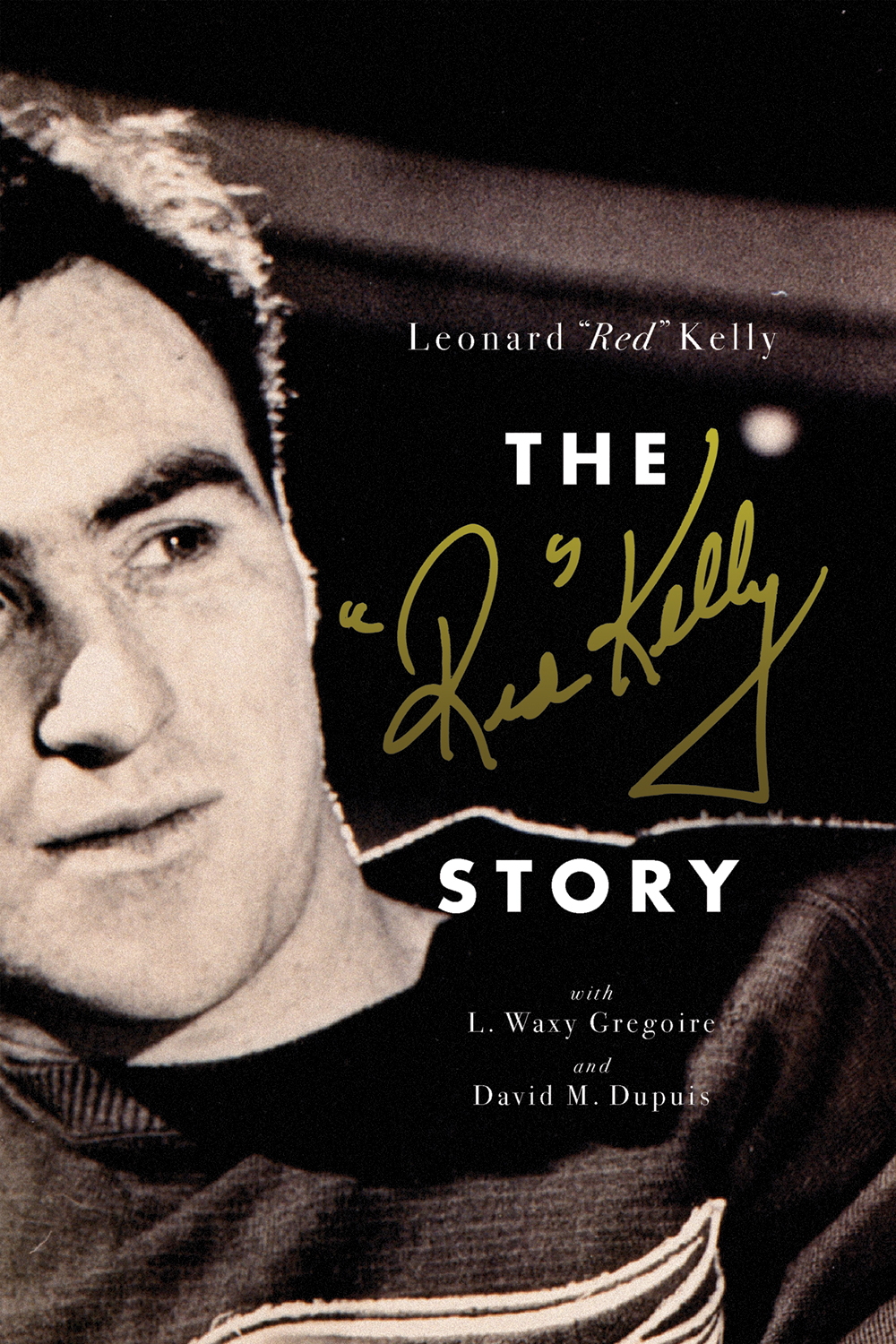 The life and times of the eight-time Stanley Cup winner When Boston coach Lynn Patrick was asked who he’d pick between Rocket Richard or Gordie Howe he answered, “Neither! I’ll take Red Kelly!” The only player to have won eight Stanley Cups without playing for Montreal, Red began his life in hockey on the cedar swamps near Port Dover, Ontario, and went on to win accolades and championships as a Detroit Red Wing and Toronto Maple Leaf. Go back in time with Red as he reminisces about his childhood: the time he nearly drowned; when he brought St. Michael’s College to three provincial championships; and his jump into a career with the NHL where sportsmanlike conduct won him multiple Lady Byng trophies. While playing with the Leafs, he served as member of parliament in Lester Pearson’s government. After retiring in 1967 as a player, Red coached for a decade in the NHL with Los Angeles, Pittsburgh, and Toronto. This is a fascinating biography of a life well lived — on and off the ice.

Leonard “Red” Kelly played 20 seasons in the NHL. He became a member of the Hockey Hall of Fame in 1969 and the Order of Canada in 2002. He and his wife, figure skating champion Andra McLaughlin, live in Toronto, Ontario. L. Waxy Gregoire is a member of the Society for International Hockey Research, and author of three books on hockey legends. He lives in Penetanguishene, Ontario. David M. Dupuis, a former goaltender and coach, is also a member of SIHR, and the author of Sawchuk: The Troubles and Triumphs of the World’s Greatest Goalie. He lives in Toanche, Ontario. Waxy and David co-authored Heart of the Blackhawks: The Pierre Pilote Story.