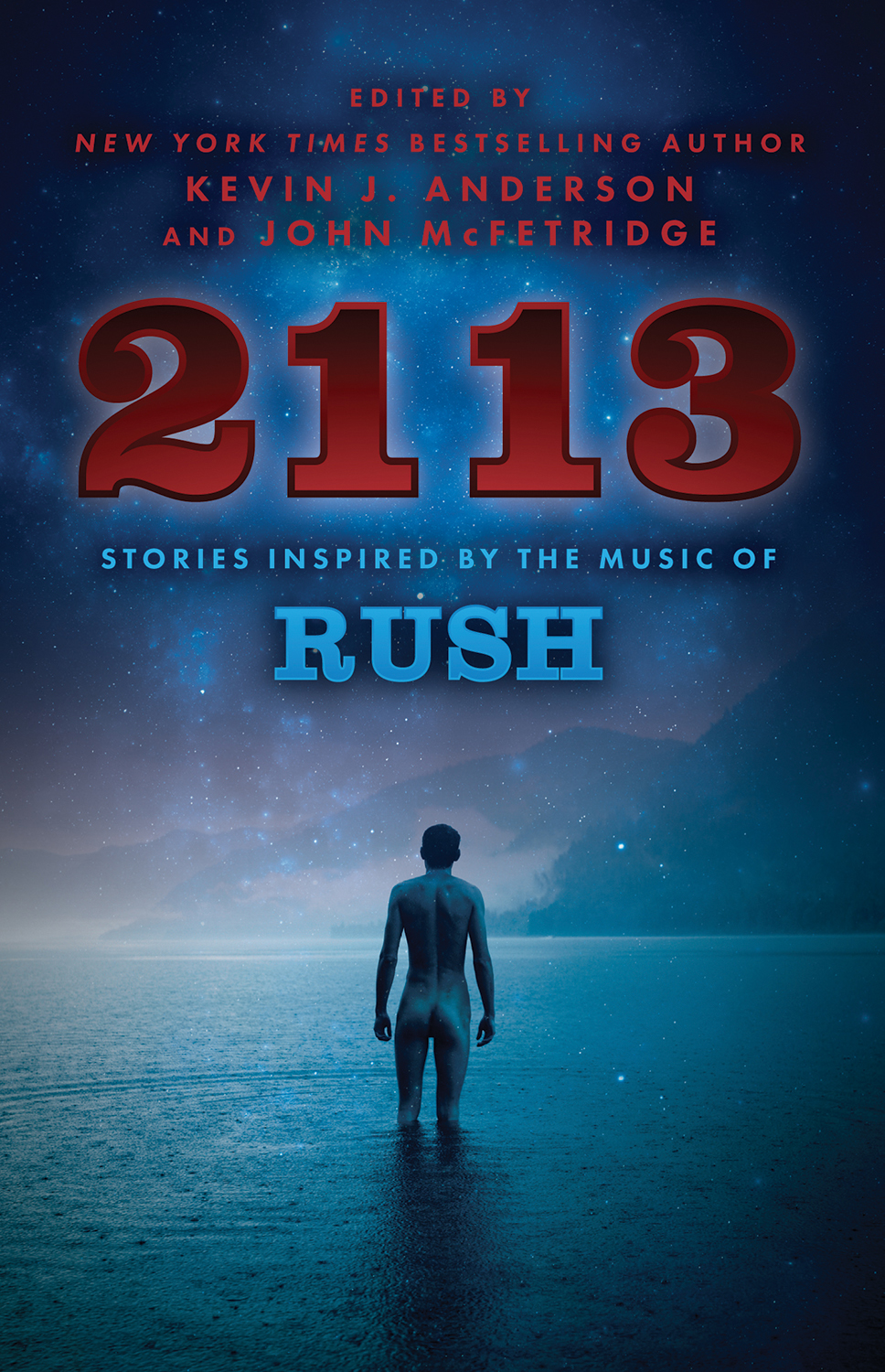 Stories Inspired by the Music of Rush

Eighteen exhilarating journeys into Rush-inspired worlds The music of Rush, one of the most successful bands in history, is filled with fantastic stories, evocative images, and thought-provoking futures and pasts. In this anthology, notable, bestselling, and award-winning writers each chose a Rush song as the spark for a new story, drawing inspiration from the visionary trio that is Geddy Lee, Alex Lifeson, and Neil Peart. Enduring stark dystopian struggles or testing the limits of the human spirit, the characters populating 2113 find strength while searching for hope in a world that is repressive, dangerous, or just debilitatingly bland. Most of these tales are science fiction, but some are fantasies, thrillers, even edgy mainstream. Many of Rush’s big hits are represented, as well as deeper cuts . . . with wonderful results. This anthology also includes the seminal stories that inspired the Rush classics “Red Barchetta” and “Roll the Bones,” as well as Kevin J. Anderson’s novella sequel to the groundbreaking Rush album 2112. 2113 contains stories by New York Times bestselling authors Kevin J. Anderson, Michael Z. Williamson, David Mack, David Farland, Dayton Ward, and Mercedes Lackey; award winners Fritz Leiber, Steven Savile, Brad R. Torgersen, Ron Collins, David Niall Wilson, and Brian Hodge, as well as many other authors with imaginations on fire.

Kevin J. Anderson is the bestselling science fiction author of over 125 novels, including Clockwork Angels: The Novel, which fictionalizes the most recent Rush concept album, and the parallel novel Clockwork Lives. His original works include the Saga of Seven Suns series; the Terra Incognita series; Resurrection, Inc.; Hopscotch; and many others. He has written spin-off novels for Star Wars, DC Comics, StarCraft, and The X-Files and, with Brian Herbert, is the co-author of 15 novels in the Dune universe. He lives in Colorado. John McFetridge is the author of two critically acclaimed crime novel series, the Toronto series and the Eddie Dougherty series, and writes for the Discovery ID series Real Detective. He lives in Toronto.