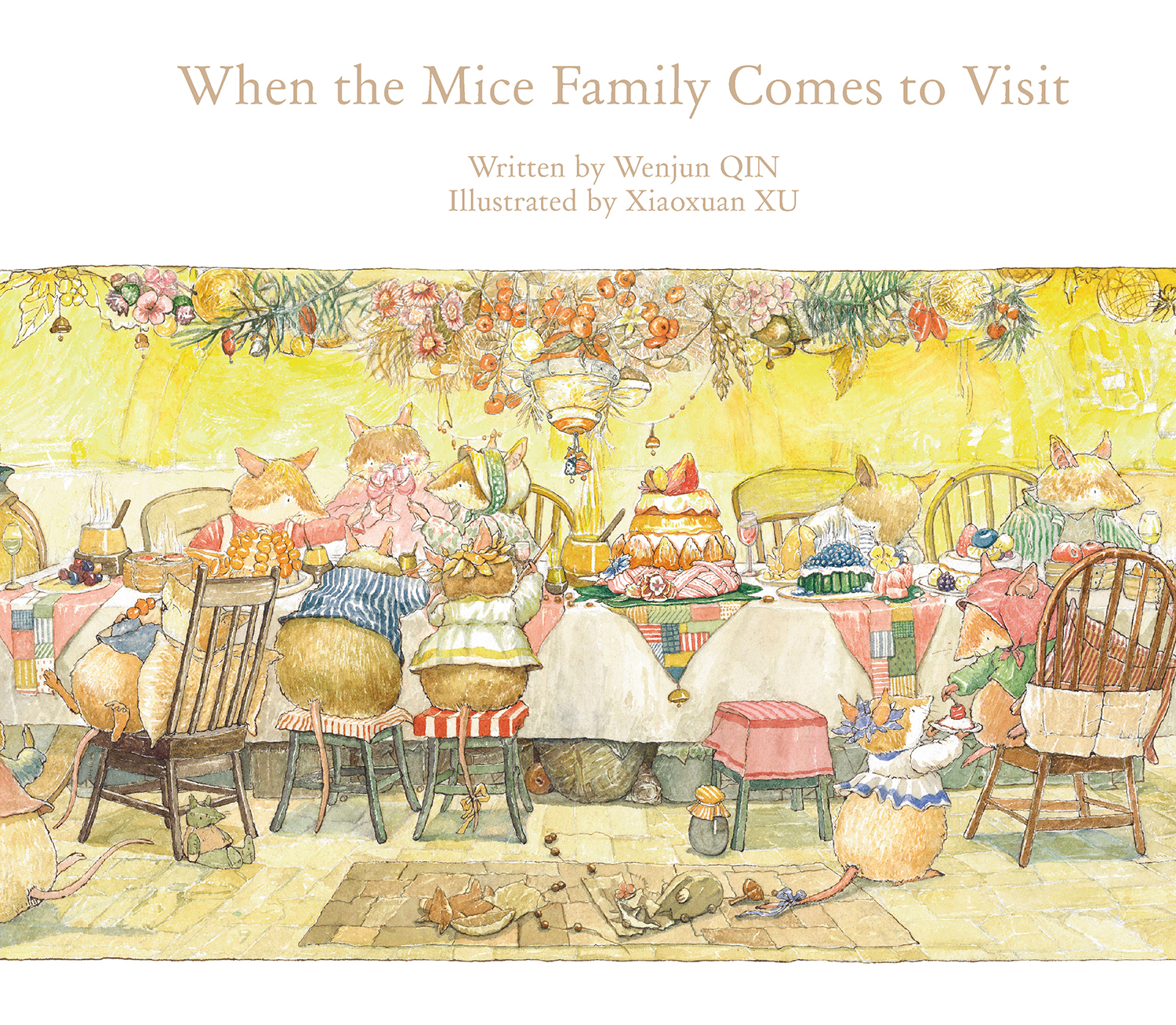 When the Mice Family Comes to Visit

Melvin’s relatives are travelling from all over to celebrate the Mice Festival at his home! It’s an exciting event for the mice, with much fun and celebration to be had. Gifts are exchanged, and games are played, but Uncle Dom still hasn’t arrived. Will the whole family be able to celebrate together, or will this year’s reunion dinner be one beloved family member short? This is a sweet tale about family bonds.

Wenjun Qin was born in Shanghai, China, in 1954. In 2009, she became the first Chinese writer to be shortlisted for the Astrid Lindgren Memorial Award. She was nominated for the 2002 Hans Christian Andersen Award. She has published 58 children’s books and written more than 6 million words. To her, being a children’s book author is the world’s best job.

Xiaoxuan Xu, who resides in Beijing, is an illustrator. She graduated from the Animation Department, School of Design, Jiangnan University. In 2011, she began illustrating for the Children Literature Magazine, which started her career as an illustrator. Since then, she has illustrated many children’s picture books.