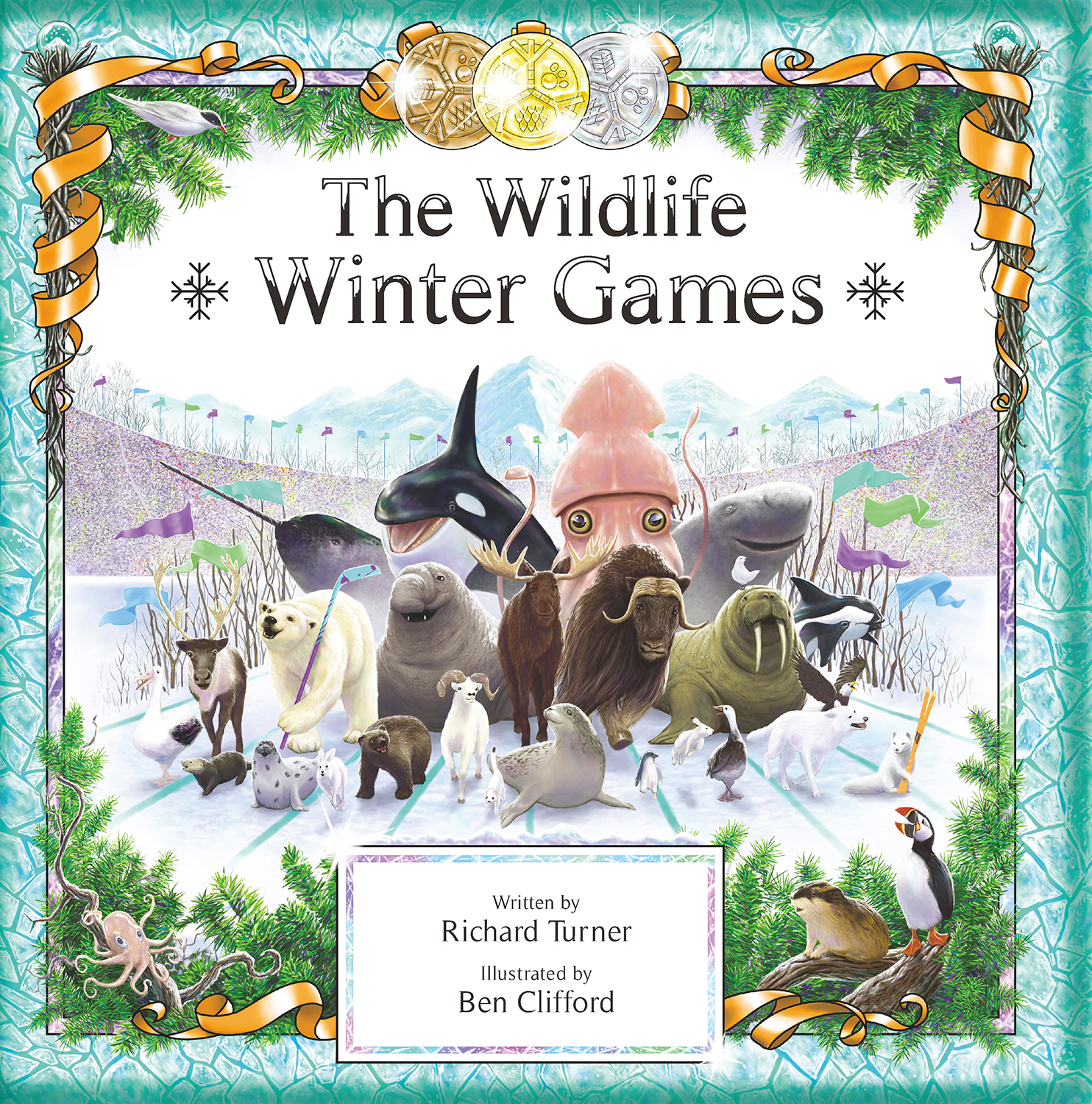 Readers are given simple, informative descriptions for ten sporting events featuring a range of dynamically illustrated creature competitors. Fun summaries describe the unique skills each creature would bring to the sports and invite readers to predict who will win the gold, silver, and bronze medals. This whimsical yet fact-filled book teaches children about the attributes of various animal species and encourages them to apply critical thinking to choose possible winners.

Ben Clifford was born and raised in Tasmania, Australia. He began illustrating after living in a nice place with the cuckoos and sparrows in England. After returning home he began drawing, painting, illustrating and writing books. When he's not drawing or writing stories, running through forests, climbing mountains or kayaking in rivers, he loves to swim at the beach and build sandcastles.

Richard Turner ============== Richard Turner is an author and Performing Arts teacher in Adelaide South Australia, who supports children’s creative voices through drama and dance. He has directed and choreographed musicals, working with students who can sing and dance way better than he can. Like most people, Richard has to be told to eat his peas, but never has to be told to eat his jellybeans or ice cream. He has been on a skateboard, a rollercoaster, an elephant and a camel. He has also been on a spaceship to the moon, but only in his dreams!