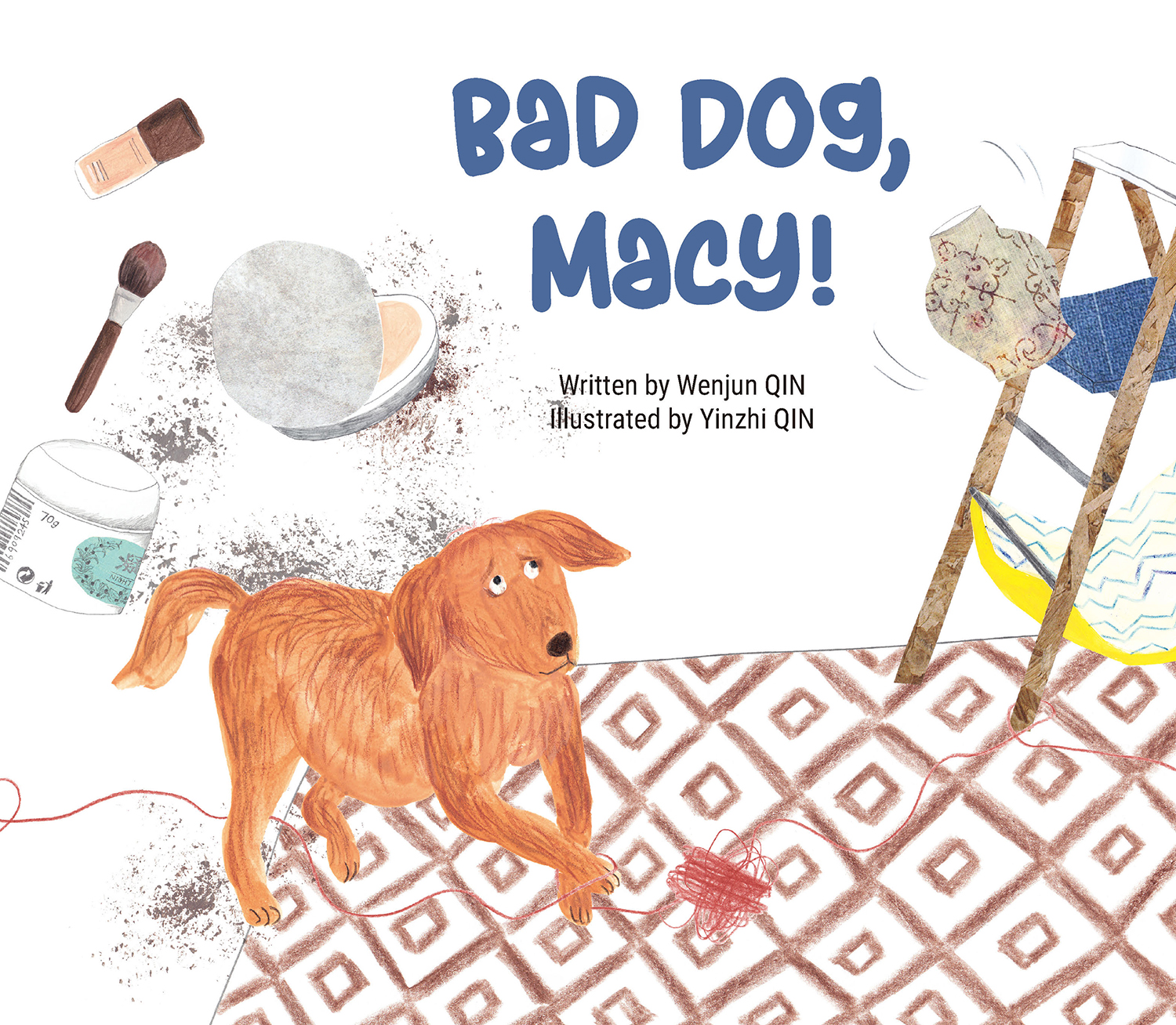 Macy hasn’t been a good dog, and it seems as if his mommy has abandoned him in an unfamiliar place! Luckily, Macy meets two other abandoned doggy friends, who keep him company. This is a funny story that will keep children entertained, as they wonder whether Macy and his friends have really been abandoned. What appears to be a sad tale quickly transforms into one about getting pampered and fresh haircuts!

Award-winning children’s book writer Wenjun Qin was born in Shanghai in 1954. In 2009, she became the first Chinese writer to be shortlisted for the Astrid Lindgren Memorial Award. In 2002, she was nominated for the Hans Christian Andersen Award.

Yinzhi Qin graduated from the Department of Chinese Traditional Painting, College of Fine Arts, Shanghai University. She is an art director at a Chinese publishing house and winner of the China National Illustration Award, Bing Xin Children’s Book Award, and the Award for the Most Beautiful Book in China.