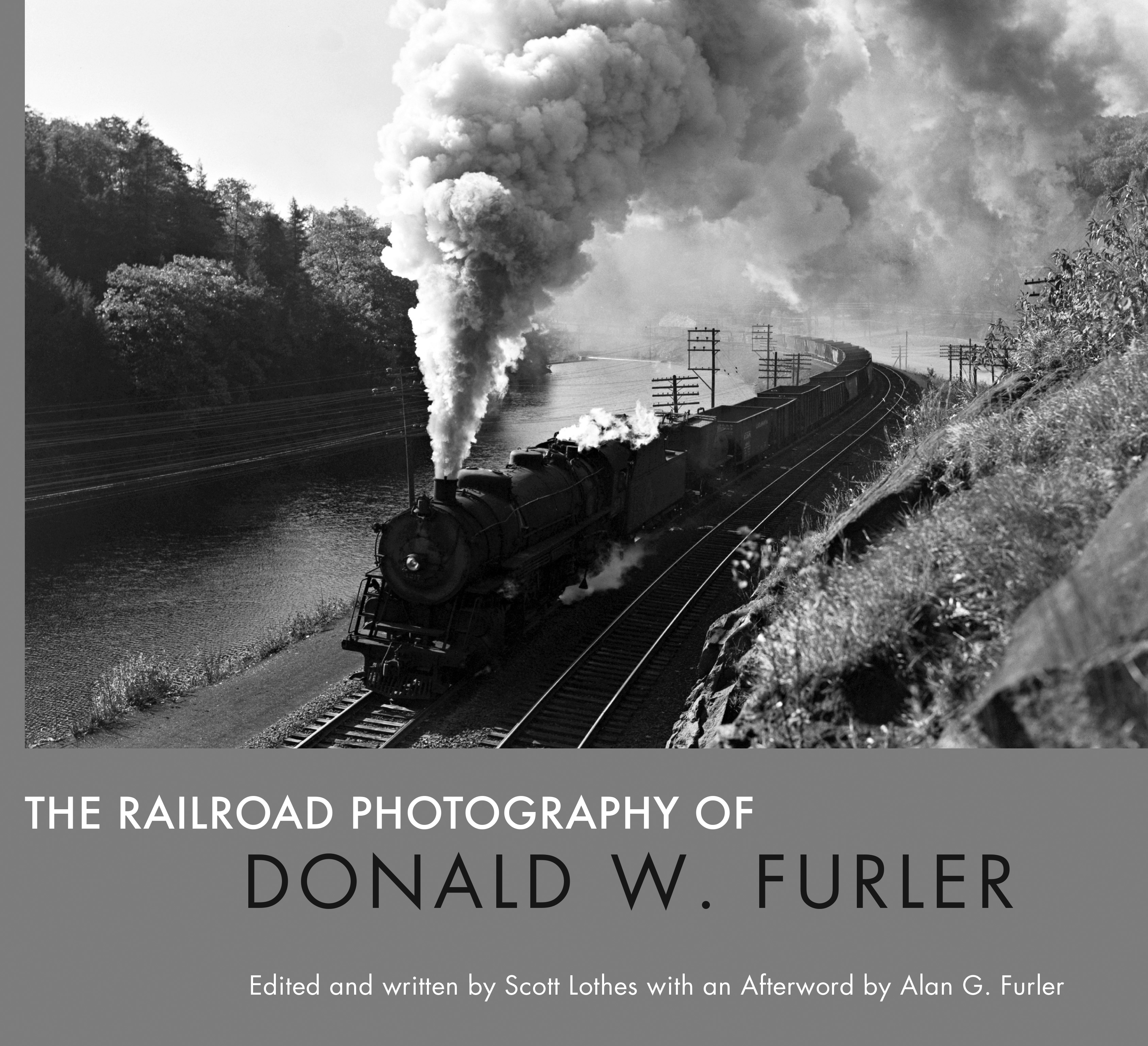 The Railroad Photography of Donald W. Furler showcases the black-and-white imagery of a master of the craft. Furler (1917-1994) grew up in New Jersey and helped pioneer the "action shot" to show trains at speed. He faithfully and dramatically documented the final decade of steam operations in the northeastern United States with technically-superior and often creative images portraying the trains in their environments. While his work appeared frequently in early issues of Trains magazine in the 1940s and 1950s, it has rarely been seen since. As someone who helped write the rules for railroad action photography, an examination of Furler's photography is long overdue.

Scott Lothes is the president and executive director of the Center for Railroad Photography & Art and editor of its journal, Railroad Heritage. Fascinated by railroads from birth, Lothes grew up watching coal trains in West Virginia. He took up photography while attending college at Case Western Reserve University in Cleveland, Ohio, where he was graduated magna cum laude in 2002 with a degree in mechanical engineering. To date more than 500 of his photographs have appeared in print along with sixty bylined articles in magazines including Trains, Classic Trains, Railfan & Railroad, and Railroads Illustrated, as well as two front-page travel stories in the Sunday Oregonian, Portland, Oregon's leading newspaper. He is coauthor of Wallace W. Abbey: A Life in Railroad Photography, and he has contributed forewords and chapters to four other books. Lothes won the Trains and Canon photography contest in 2003, tied for first place in the Center's 2006 Creative Photography Awards Program, and in 2008 staff at Trains selected one of his photos for inclusion in its "100 Greatest Railroad Photos" special issue. He presented at the Center's 2008 and 2018 conferences, and he has made numerous multimedia presentations at Winterail, Summerail, and the other railroad and travel photography shows. Prior to joining the Center, Lothes spent three years as assistant editor of the engineering magazine Sound & Vibration in Bay Village, Ohio, and one year as an English teacher at a high school in Sapporo, Hokkaido, Japan. He has also lived in Oregon and traveled extensively in Vietnam, China, and central Europe. Since moving to Wisconsin in 2011, he has undertaken a project to document the railroads of the Upper Mississippi River Valley, where he enjoys hiking and camping with his wife, Maureen Muldoon, and their dog, Maddie.Alan G. Furler is the son of Donald W. Furler. Alan took on his father's photography collection after Donald passed away, and Alan ultimately donated the collection to the Center for Railroad Photography & Art.