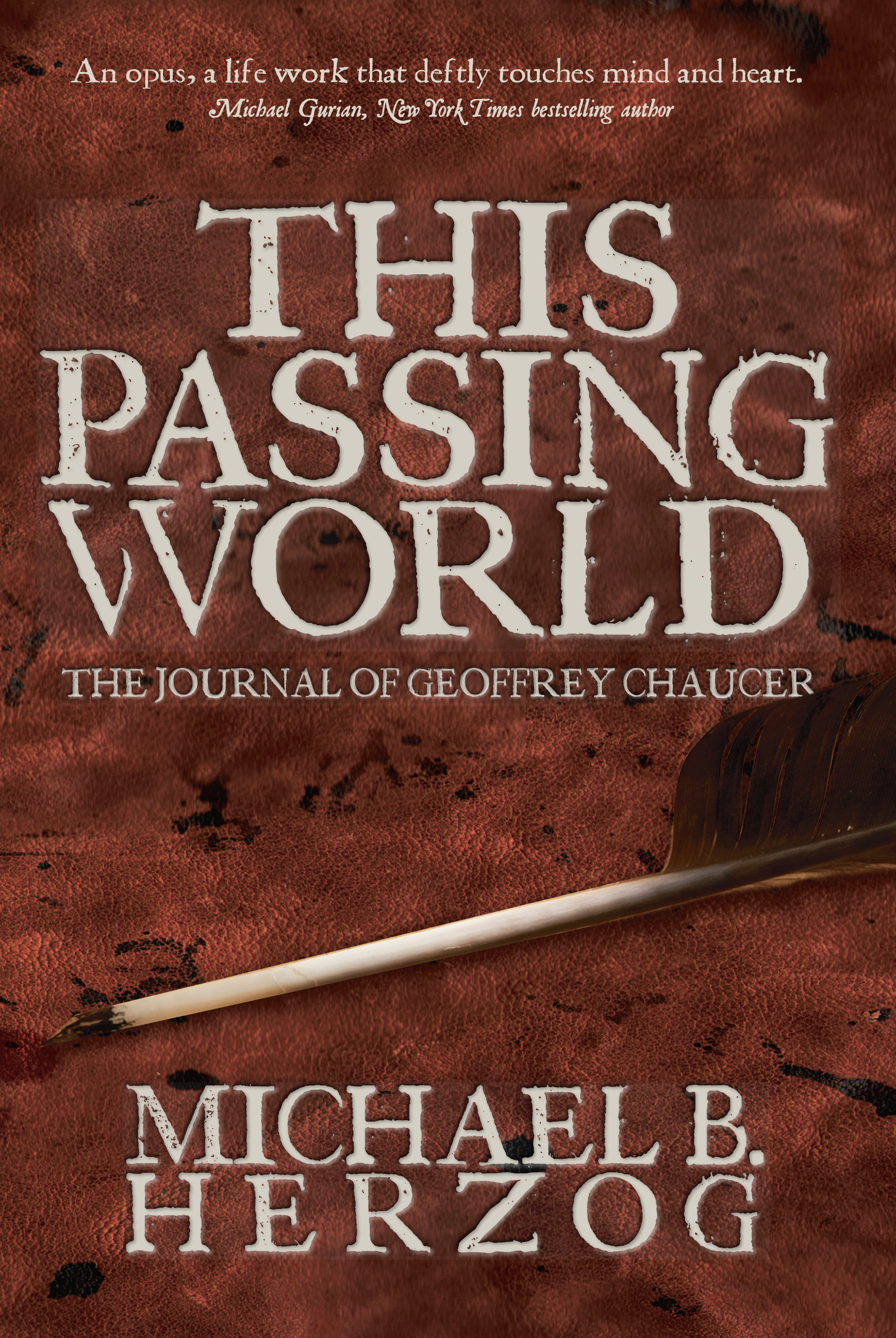 A Novel About Geoffrey Chaucer

It is 1398, and all of Europe is abuzz about the duel to be fought in September between Henry Bolingbroke, Duke of Hereford, and Thomas Mowbray , Duke of Norfolk, to settle the question of which one has committed treason against King Richard II. Geoffrey Chaucer, courtier and well-known poet, is unexpectedly drawn into the intrigue surrounding the impending duel and compelled to perform an act so heinous that he is shaken to the core. The journal Chaucer begins and keeps for the remaining two and a half years of his life chronicles his unlikely rise as the son of a middle-class wine broker to become not only the pre-eminent poet of his age but the brother-in-law of John of Gaunt, uncle to the king, at times the most powerful man in England and, with his three wives, the ancestor of every ruler of England since the year 1400. This novel provides a fascinating look into life in late 14th century England, the women and men Chaucer loves, the intrigues of the Richardian court, and what compels someone who holds some of the most important jobs in the English bureaucracy to spend his nights writing poetry that is still being read and studied 600 years after his death.

Michael B. Herzog was born in Romania in the last year of WW II, grew up in post-war Germany and immigrated to the US at the age of nine. He earned a PhD in Comparative Literature from the University of Washington and spent forty-five years as a professor and administrator at Gonzaga University. A Danforth Fellow, he has won multiple teaching awards, has written scholarly articles as well as two plays based on medieval poems, and served as Chief of Staff to the President at Gonzaga. While he was teaching the poetry of Geoffrey Chaucer for more than three decades, he became increasingly fascinated with the life and art of this pre-eminent medieval poet of England, and began the long process of creating a novel that would capture the spirit and the reality of this remarkable courtier and poet while honoring the work and legacy of an individual who both captured and shaped English culture more than any other author before Shakespeare. Professor Emeritus Herzog is currently working on “completing,” in modern English prose, Chaucer’s unfinished masterwork: “The Canterbury Tales.”