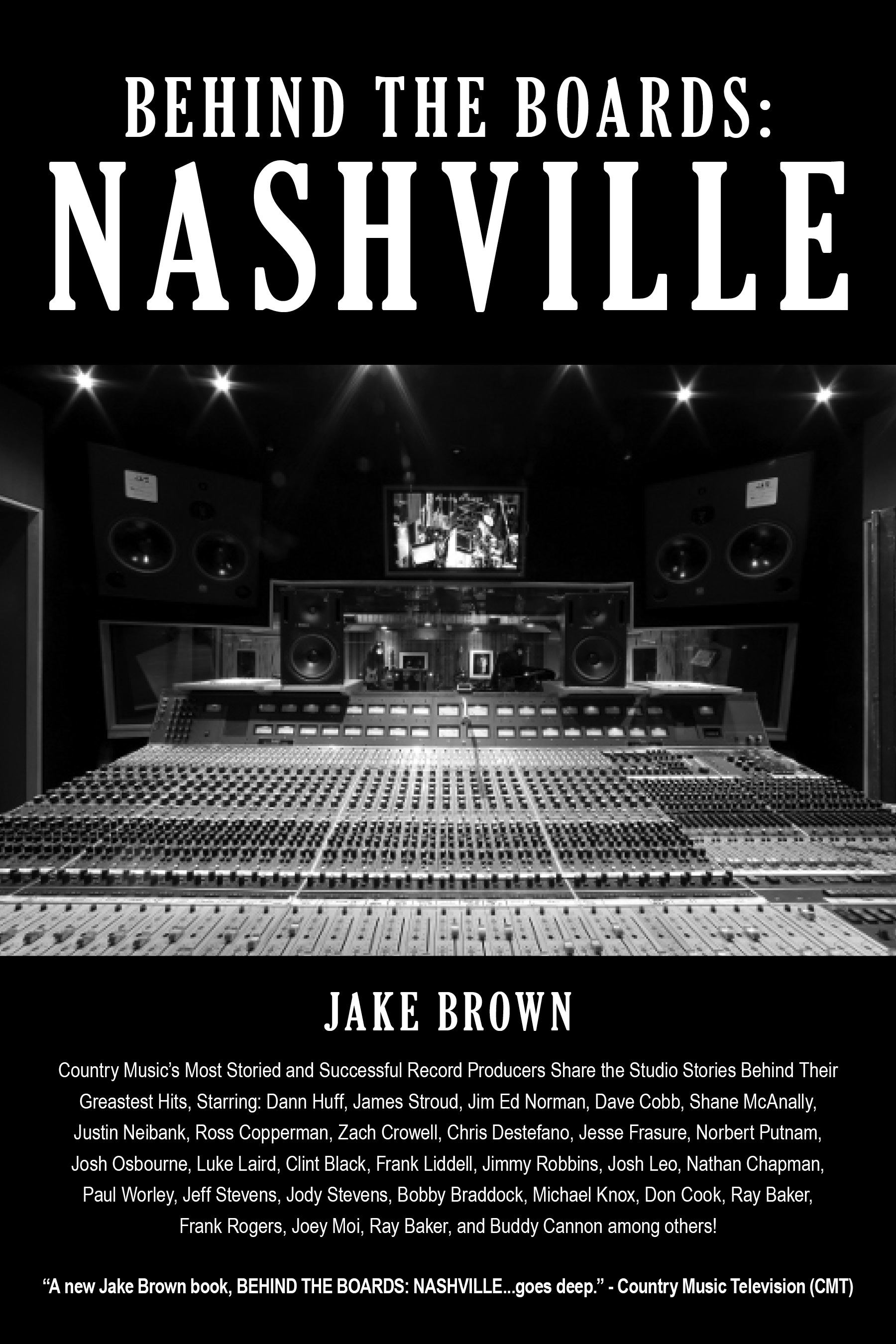 Behind the Boards: Nashville

Mix Magazine – “A skilled writer and music biographer, Brown brings the reader into the studio by seamlessly oscillating between narration and interview, weaving together the history and context surrounding these classic recordings with the voices of those who were there, behind the boards. Behind The Boards II is a fascinating collection of tales of the technical and human elements behind some of the greatest music of all time

Award-winning Music biographer Jake Brown has written 50 published books over the past 20 years, featuring many authorized collaborations with some of rock’s biggest artists, including 2013 Rock & Roll Hall of Fame inductees Heart (with Ann and Nancy Wilson), living guitar leg-end Joe Satriani, blues legend Willie Dixon (authorized w/the Estate), country music legends Merle Haggard/Freddy Powers, heavy metal pioneers Motorhead (with Lemmy Kilmister), country rap superstar Big Smo, late hip hop icon Tupac Shakur (with the estate), and many more. Brown is also author of a variety of anthology series including ‘Nash-ville Songwriter’ Vol I and II; ‘Behind the Boards’ Vol. 1 and 2; ‘Be-yond the Beats’ Vol. I and II” and the ‘Hip Hop Hits’ producers’ series among many others. Brown recorded audio books for Blackstone Au-dio, including such titles as “Doctors of Rhythm,” “Beyond the Beats,” “Scientists of Sound” and “Prince in the Studio,” and recently saw his “Beyond the Beats” and Prince books published in Japan. Brown hasalso appeared as the featured biographer of record on Fuse TV’s Live Through This series, Bloomberg TV’s Game Changers series, and in all6-parts of the BET “The Death Row Chronicles” docu-series. In 2012,Brown won the Association for Recorded Sound Collections Awards inthe category of Excellence in Historical Recorded Sound Research.

Other Titles from Music Square Media