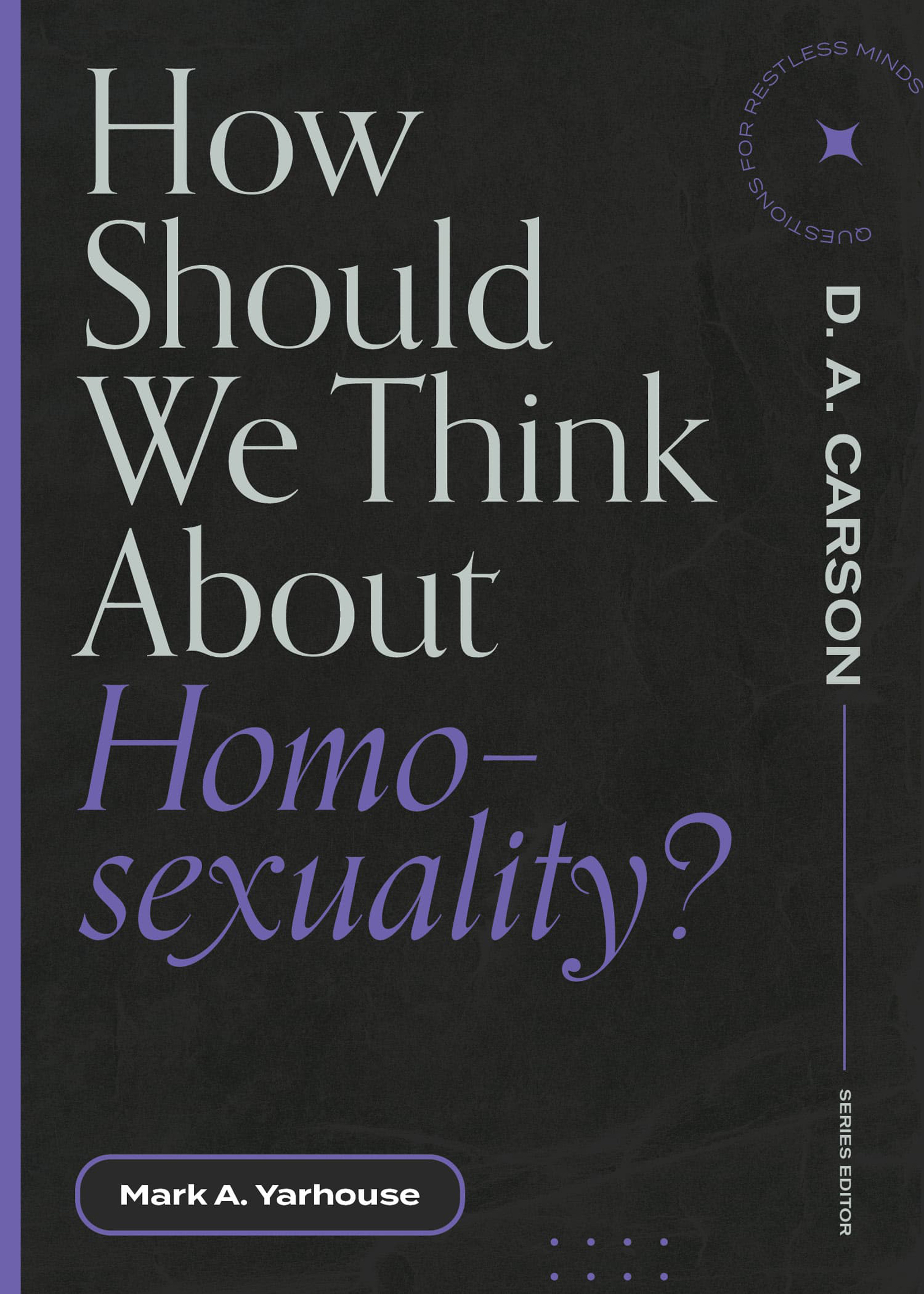 How Should We Think About Homosexuality?

Gain an informed perspective on Christianity and homosexuality.

There are many misconceptions about Christianity and homosexuality. Christians are often perceived as being simply reactionary or behind the times. We can sometimes speak where we do not understand. We can do better. Do you have an informed and biblical view on homosexuality?

In How Should We Think About Homosexuality?, Mark. A. Yarhouse brings his expertise to bear on this question. If we are to speak with clarity and conviction, we must first be informed. Christianity has long held a sexual ethic regarding creation, family, and sexuality, and Christians must know how to relate to other views of sexuality. Yarhouse considers how to think about recent scientific findings and sexual identity language before suggesting avenues of fruitful discipleship for same--sex attracted Christians.

The Questions for Restless Minds series applies God's word to today's issues. Each short book faces tough questions honestly and clearly, so you can think wisely, act with conviction, and become more like Christ.

Mark A. Yarhouse is professor and Dr. Arthur P. Rech and Mrs. Jean May Rech Endowed Chair in Psychology and director of the Sexual and Gender Identity Institute. He is author of Understanding Sexual Identity: A Resource for Youth Ministers, Understanding Gender Dysphoria: Navigating Transgender Issues in a Changing Culture, and Costly Obedience: Listening to and Learning from Celibate Gay Christians.
D. A. Carson is the series editor of Questions for Restless Minds. He is professor emeritus of New Testament at Trinity Evangelical Divinity School, cofounder of The Gospel Coalition, and author of numerous books, including The God Who Is There: Finding Your Place in God's Story.