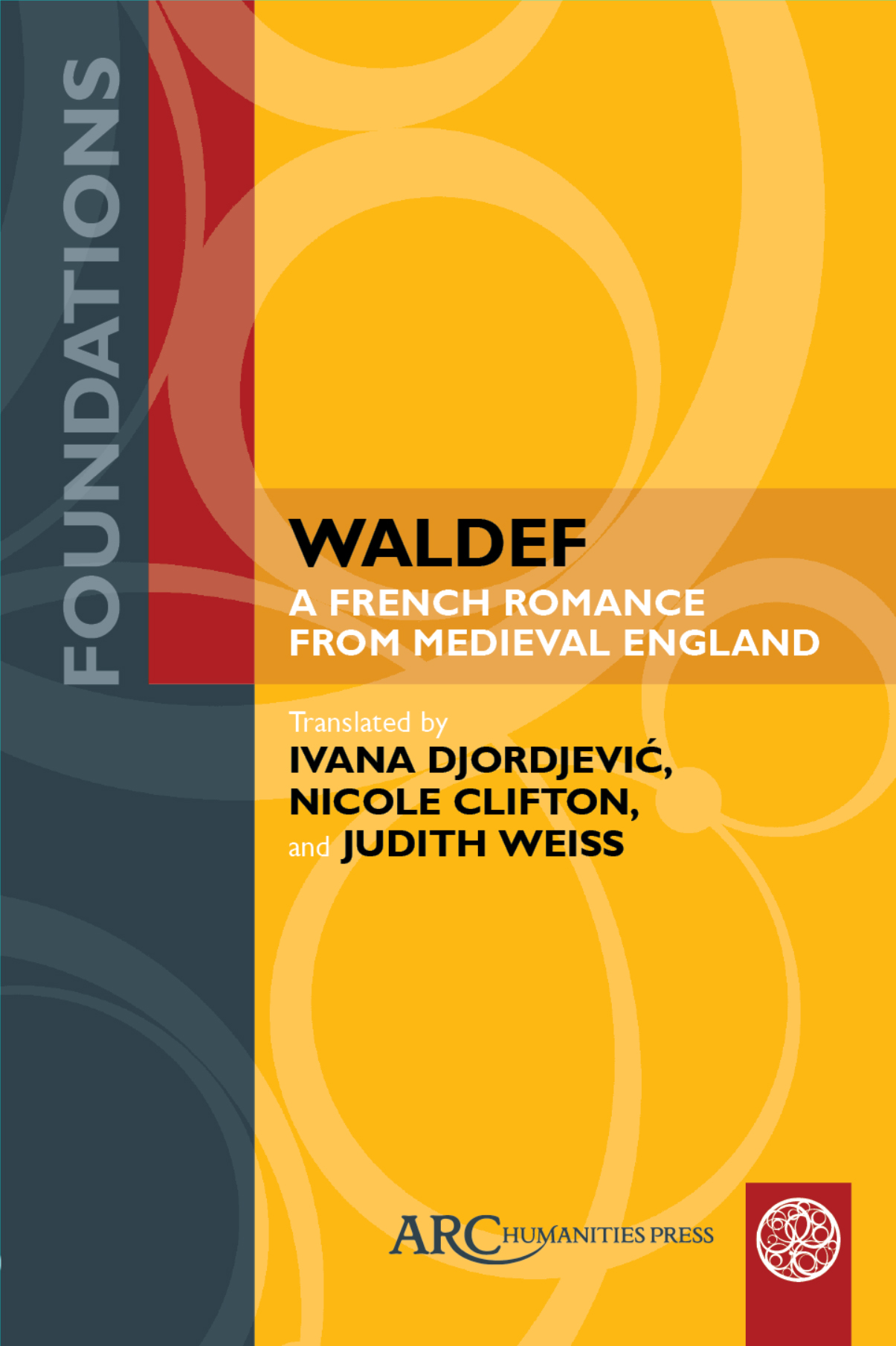 A French Romance from Medieval England

This first English translation of Le Roman de Waldef makes a significant representative of the French literature of medieval England accessible for the first time. Its wide-ranging content provides an ideal introduction to a number of themes in medieval literature, making it suitable for a variety of undergraduate and graduate courses.
The fast-moving romance plot of this early thirteenth-century tale recounts the ancestry and exploits of Waldef and his two sons, set against a history of pre-Conquest England. The narrative shares themes and incident types with other important insular romances, including the Lai of Haveloc, Boeve de Haumtone, and Gui de Warewic. Waldef’s scope, interest in battle, and political stratagems bear reading alongside medieval chronicles, while secret love affairs connect it with other romance literature of the period, and adventures across a wide area of the known world provide affinities with medieval travel narrative.

Associate Professor Ivana Djordjevic, of the Liberal Arts College at Concordia University, Montreal, has worked as a professional and an academic translator and has published widely on romance and translation, especially between French and English. She is the editor (with Jennifer Fellows) of Sir Bevis of Hampton in Literary Tradition (2008) and (with Judith Weiss and Laura Ashe), The Exploitations of Medieval Romance (2010).

Prof. Nicole Clifton, Department of English at Northern Illinois University, holds a BA from the University of California, Berkeley, and masters and doctoral degrees in Medieval Studies from Cornell University, where she studied Anglo-Norman. She has published on medieval romance in England, on romance as children’s literature, and on the teaching of medieval romances, and is currently working on scribal culture in romances and Sir Thomas Malory’s Morte Darthure.

Dr. Judith Weiss, emerita Fellow of Robinson College, University of Cambridge has published widely on romance in medieval England. She is the author of two previous translations for FRETS (The Birth of Romance in England, 2009, and Boeve de Haumtoune and Gui de Warewic, 2008), a text and translation of Wace’s Roman de Brut (1999, 2nd edn 2002, repr. 2005) in addition to numerous articles and edited collections.