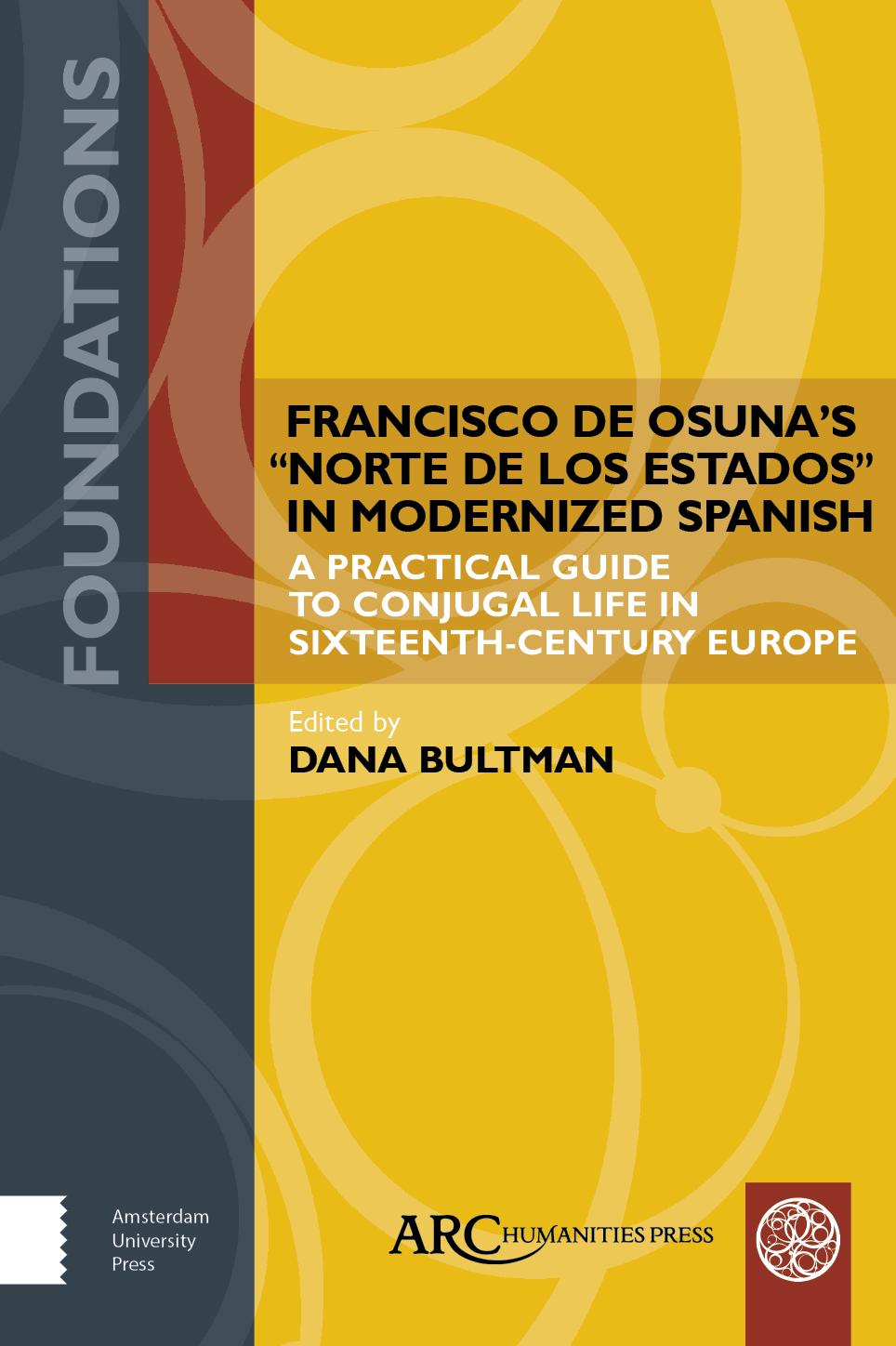 A Practical Guide to Conjugal Life in Sixteenth-Century Europe

Best known for his works on the mystical practice of meditative recollection, Franciscan friar Francisco de Osuna published his candid manual for lay life, Norte de los estados (North Star) in 1531 before leaving Spain to reside in Antwerp. True to its title, the book was intended as a North Star that would dependably guide readers through the stages of youth, marriage, and widowhood. Although the historical literature on these themes is dominated by the works of his humanist contemporaries, Erasmus of Rotterdam and Juan Luis Vives, Osuna’s close attention to women’s experiences and his critical awareness of social class are distinctive. This first modern edition in Spanish restores Osuna’s reformist voice and expansive vision to the animated conversations on marriage and family in which he engaged. His detailed attention to practical questions and his intense spiritualization of spousal love make it an invaluable resource for understanding conjugal relationships in the popular imagination of the early modern world.

Dana Bultman ============ Dana Bultman is Professor of Spanish at the University of Georgia and author of Heretical Mixtures: Feminine and Poetic Opposition to Matter-Spirit Dualism in Spain (2007).