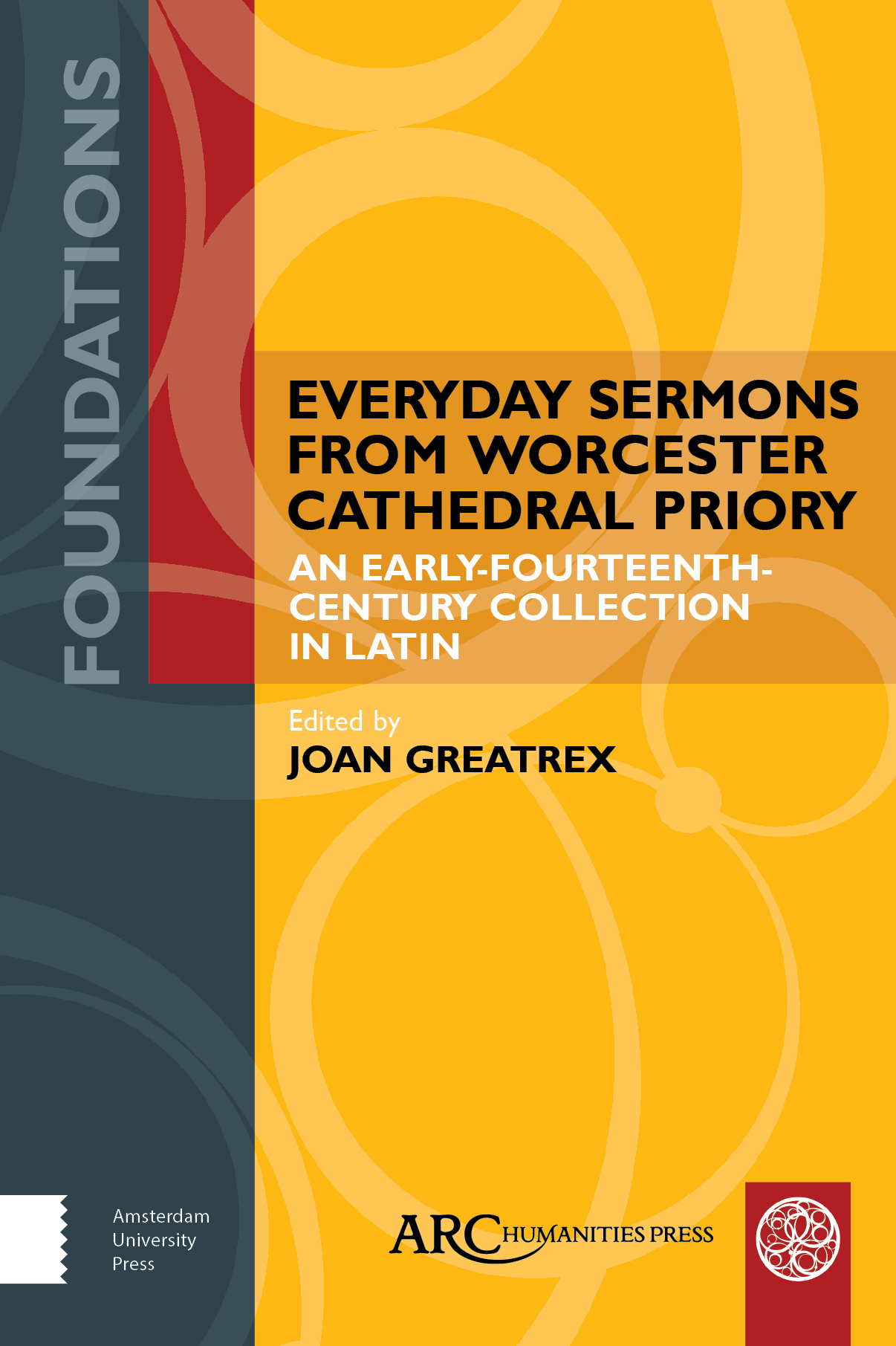 An Early-Fourteenth-Century Collection in Latin

Edited and with commentary by Joan Greatrex, this book makes available for the first time in printed form the sermon manuscript, MS Q. 18, which survives in its original home in the medieval cathedral library at Worcester. At first glance this small, untidy quarto-size manuscript appears to be merely an unremarkable collection of early fourteenth-century Latin sermons. However, unlike other surviving sermon manuscripts from cathedral priories and major Benedictine abbeys, which had sermons of notable figures like Augustine, Gregory the Great, and Bernard of Clairvaux, the Worcester MS Q. 18 is by contrast a home-grown production consisting only of homilies prepared by mostly anonymous members of the Worcester monastic community. And they are a rare, if not unique, example of working copies of sermons, with the Latin text reworked, altered, and corrected by a number of monks, giving us a unique insight into the mind and the mentality of a medieval monastic community.

Joan Greatrex=============Joan Greatrex is a retired associate professor of medieval history at Carleton University, Ottawa, Canada, a member of the Royal Historical Society, and the author of several volumes on English medieval monastic history including, Biographical Register of the English Cathedral Priories of the Province of Canterbury c. 1066-1540 (Oxford, 1997) and The English Benedictine Cathedral Priories, Rule and Practice, c.1270-c.1420 (Oxford, 2011).