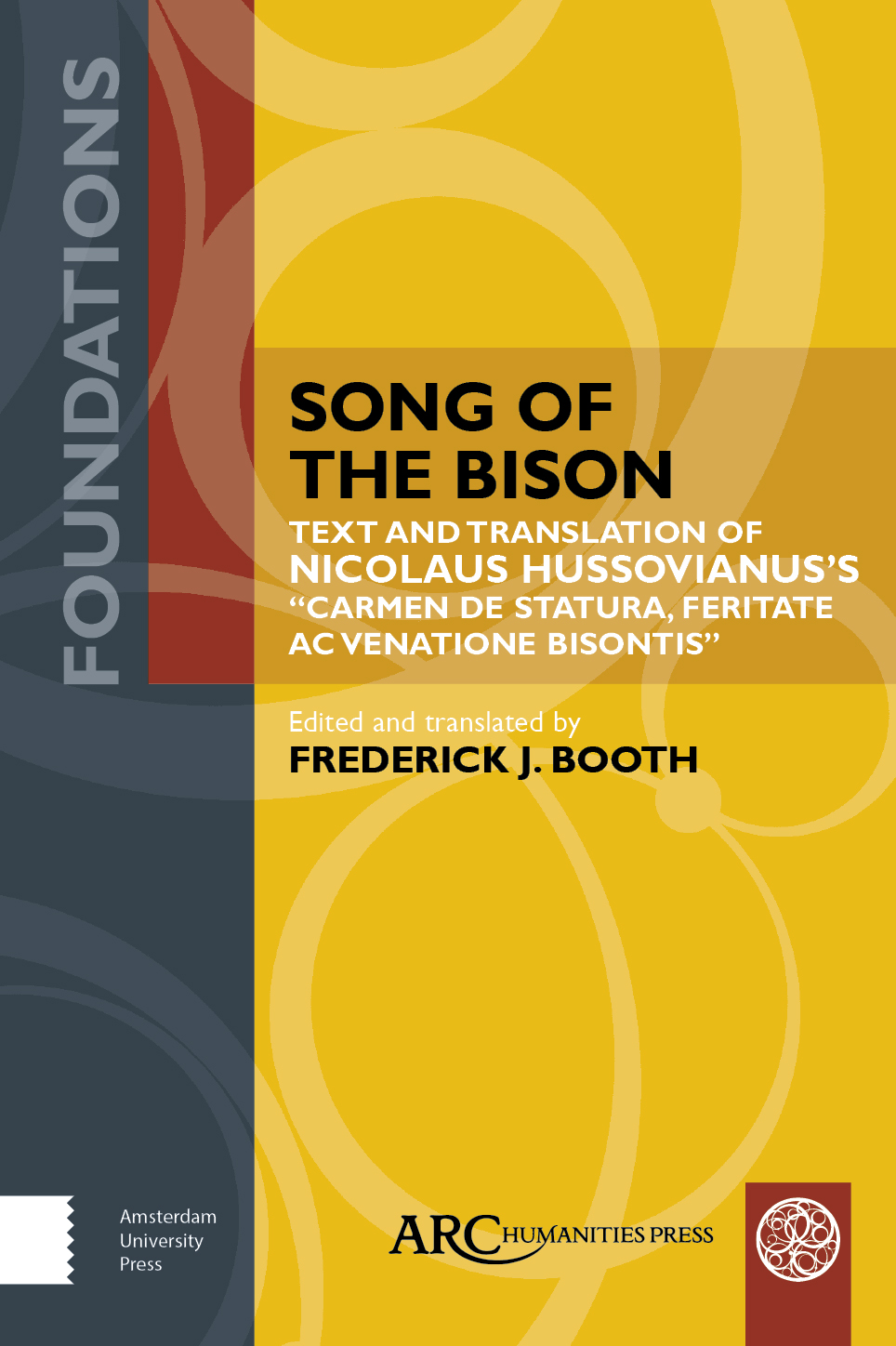 Song of the Bison

In 1521, the young Polish diplomat Nicolaus Hussovianus was watching the bullfights at a papal celebration in Rome. He remarked that the spectacle reminded him of the bison hunts he had witnessed as a young man in the Polish-Lithuanian woods, and his employer then asked Hussovianus to write a poem about the bison hunts, to accompany the gift of a stuffed bison for Pope Leo X, an avid hunter.Song of the Bison is the first complete English translation of Hussovianus’s Latin poem, which is claimed as a national epic by Lithuania, Belarus, and Poland. The exciting poem discusses not only Hussovianus’s own experience in hunting and observing the European bison, but also the political, social, religious, and aesthetic developments of sixteenth-century Europe, and ends with an urgent plea for unity among European states threatened by foreign invasions.