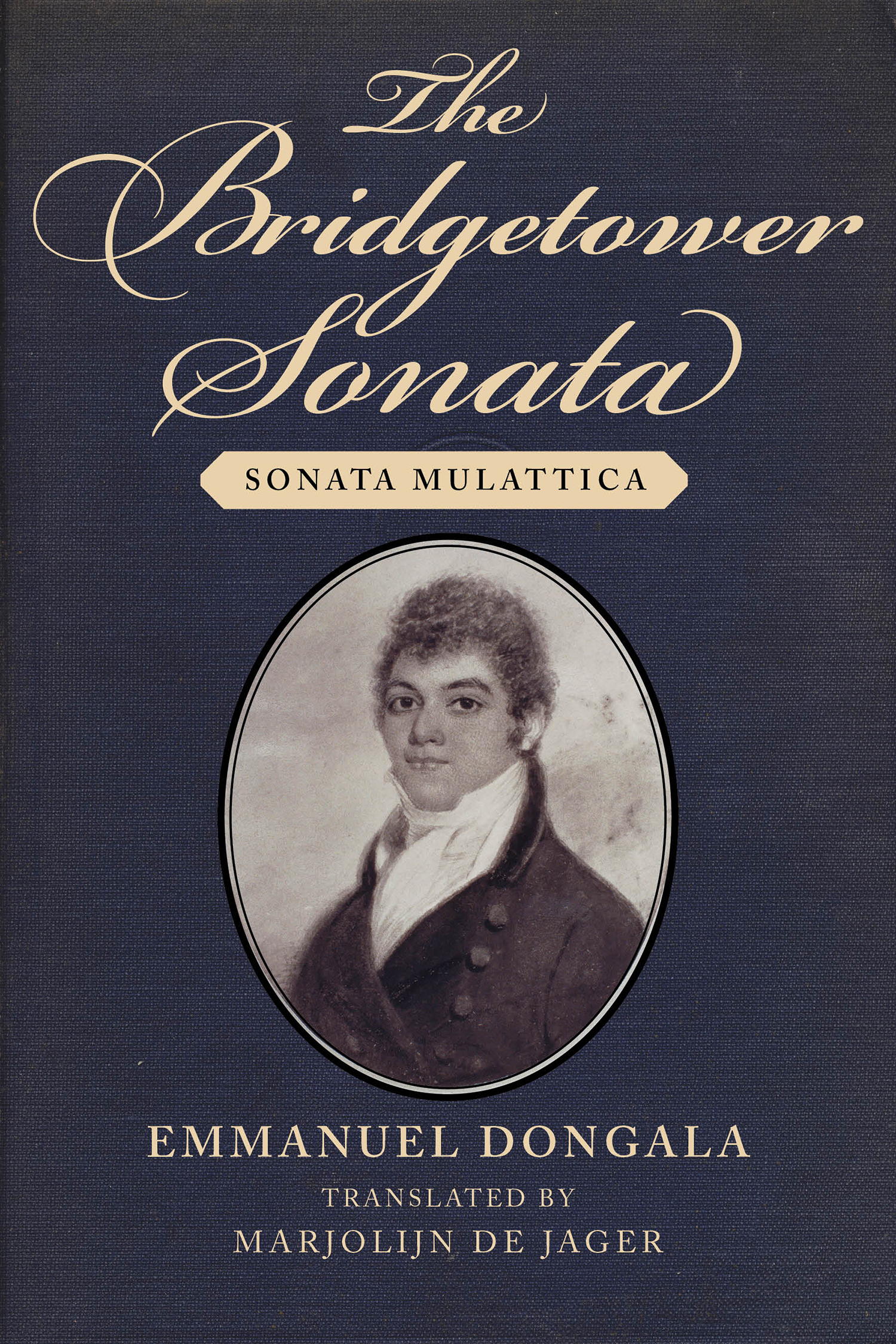 In this vividly imagined historical novel set in 18th and 19th Century Europe, and based on actual events, Emmanuel Dongala limns the life of George Bridgetower, the young mixed-race violin prodigy who took the classical music world by storm. Part Black from his Barbadan father and part-White from his Polish mother who served as a handmaiden in the Hungarian court, George Bridgetower first mesmerized the world at the cusp of the French Revolution, and went on to become of England's Prince of Wales before arriving in Vienna where he became the protege of Ludwig Van Beethoven with whom he composed and performed a brilliant duet for piano and violin that the maestro dubbed the Sonata Mulattica--but later retracted the name and retitled it the "Kreutzer Sonata" in a fit of rage after a falling-out with the young George.

Marjolijn de Jager is a translator of both French and Dutch with a particular emphasis on writing by marginalized people and women in the Caribbean and Sub-Saharan Africa. She is the winner of the 2021 Grand Prize for Translation given by the French Voices Award of the French Cultural Institute for her translation of THE MEDITERRANEAN WALL by Louis-Philipppe Dalembert, and her translation of the book Congo, Inc: Bismarck's Testament (Indiana University Press) was shortlisted for the Best Translated Book Awards in 2019. She lives in Connecticut.

Emmanuel Dongala, (b. 1941) is a Congolese author and scientist who came to the United States in 1997 due the civil war in Congo, and was offered a fellowship to teach chemistry at Bard College and its private school affiliate Simon's Rock, where he taught until 2014. He is the author of the novels, Group Photo by the Riverside, Little Boys Come from the Stars, and Johnny Mad Dog, which was adapted for a film. He lives in western Massachusetts near the historical home of W.E.B. Dubois.