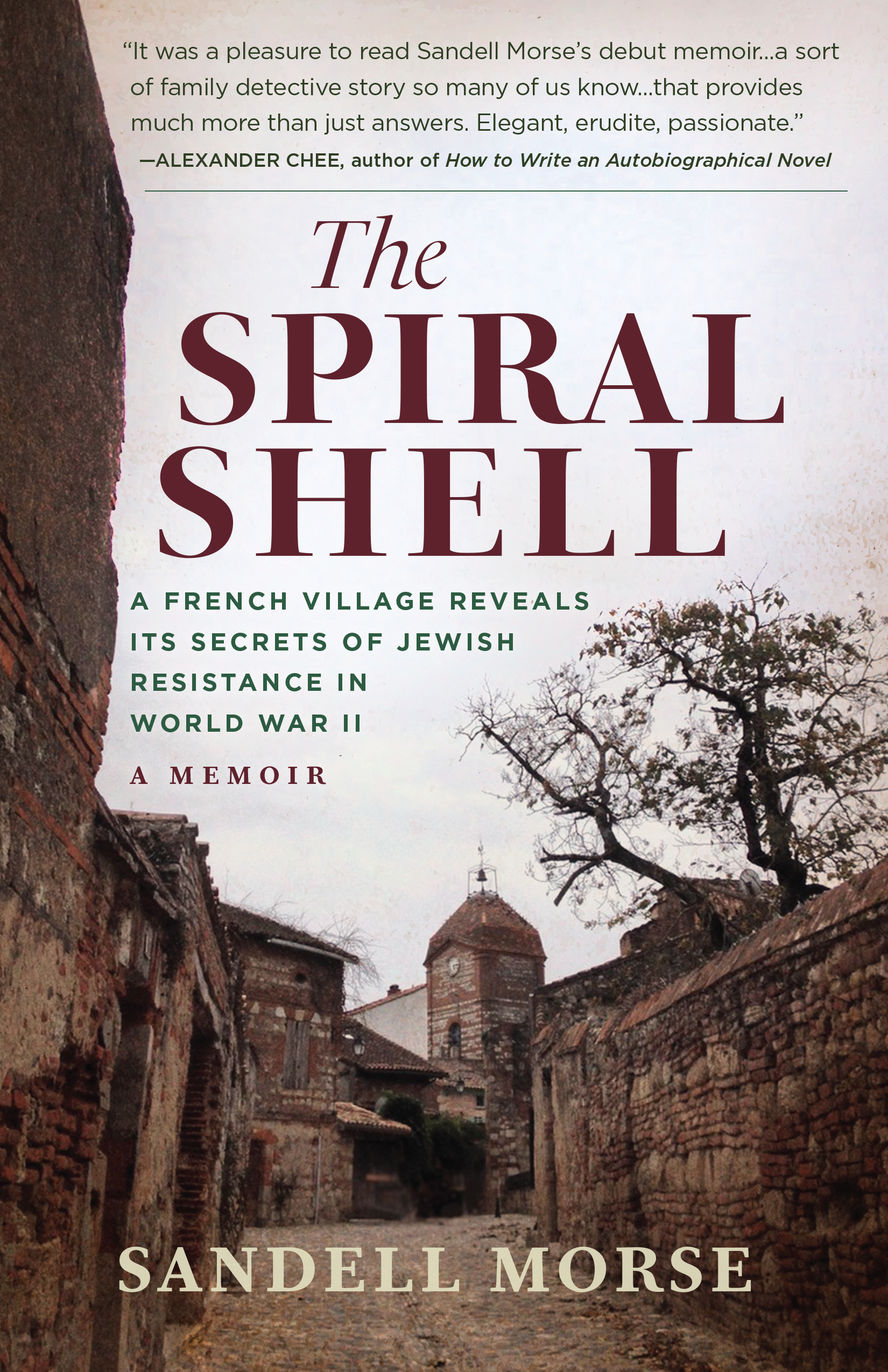 When granted a residency at an artists’ retreat in the picturesque village of Auvillar, in southwestern France, writer Sandell Morse noticed a puzzling lack of Jewish memorials and landmarks there that marked the resistance of local Jews against the Nazis. By gaining the friendship and confidence of the survivors and townspeople over years of research, interviews, and correspondence, Morse relates numerous accounts of bravery and selfless acts by those who chose to fight against bigotry, oppression, and genocide, in a moving and up-close look at a war also raging on a global scale.

Inspired by her determination to learn the truth - and with a fossilized spiral shell she’d found in the wall of the Jewish quarter in Paris as a talisman - Morse also writes of a deeper meaning and understanding of her own Jewish heritage in the context of her research on the war and the village.

In this year that marks the 80th anniversary of the deportation of thousands of French Jews to Auschwitz, this memoir reflects on a harrowing time in our world’s history that still reverberates today, and provides a moving tribute to those who resisted.

Author Sandell Morse is a non-fiction writer whose works have appeared in several major literary magazines, including, Ascent, Ploughshares, and Solstice. She has received Notable Mention in Best American Essays 2013, and a nomination for the Pushcart Prize and Best of The Net. She lives in Portsmouth, New Hampshire.