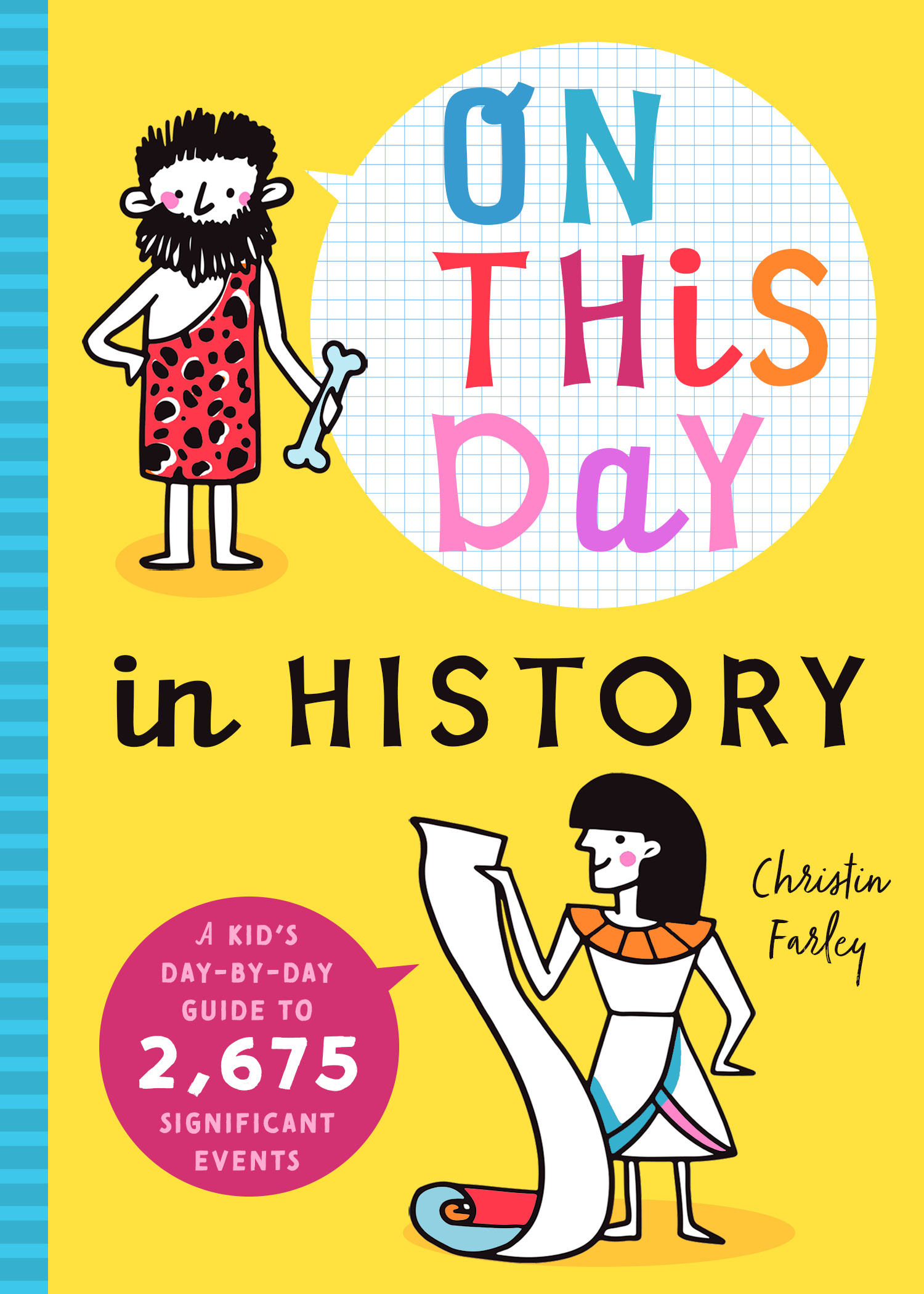 On This Day in History

Unearth all of history's most significant events for every day of the year!

In On This Day in History, kids who love facts and trivia will spend hours poring over 2,675 milestones in sports, music, art, history, politics, and more, all neatly arranged by day of the year and accompanied by over 150 photographs and illustrations. It's fat. It's packed. It's like fifty seasons of Jeopardy! crammed into one handy volume. It's On This Day in History!

1987 Music legend Aretha Franklin is inducted into the Rock and Roll Hall of Fame as its first female artist.

1870 Construction begins on the Brooklyn Bridge in New York.

1959 Alaska becomes the forty-nineth state to join the Union.

2018 The world’s first bionic hand, with touch sensation for wear outside of a lab, debuts in Rome.