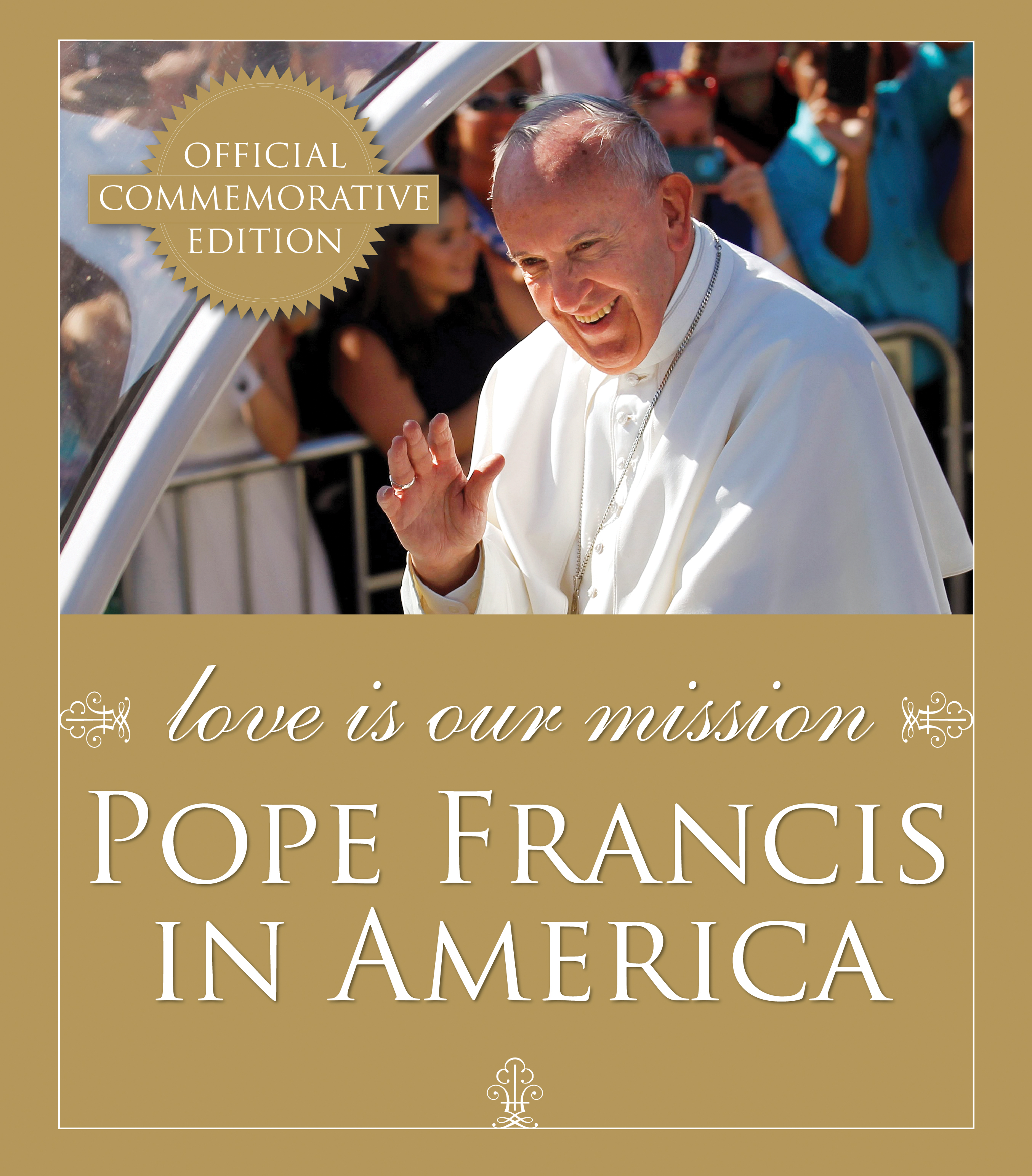 Love Is Our Mission

Drawn from the work of Catholic News Service photographers and journalists, this hardcover keepsake features full-color photography and thoughtful coverage of Pope Francis’s first-ever visit to the United States in September 2015. This gorgeous, photo-rich collection chronicles significant moments during the pontiff’s time in the U.S., including many firsts: the first-ever appearance by a pope to a joint meeting of both houses of Congress, the pope's first meeting at the White House with President Barack Obama, the canonization of California’s Blessed Junipero Serra, the first American saint canonized on American soil, Pope Francis speaking to the world at the United Nations, Mass at Madison Square Garden in New York City, Philadelphia’s World Meeting of Families, and more. This official commemorative edition is a joint publication of Franciscan Media and the United States Conference of Catholic Bishops.

Reporters, editors, and photographers at Catholic News Service, editors at St. Anthony Messenger magazine, and the book team at Franciscan Media worked together to create this keepsake of Pope Francis's first visit to America.