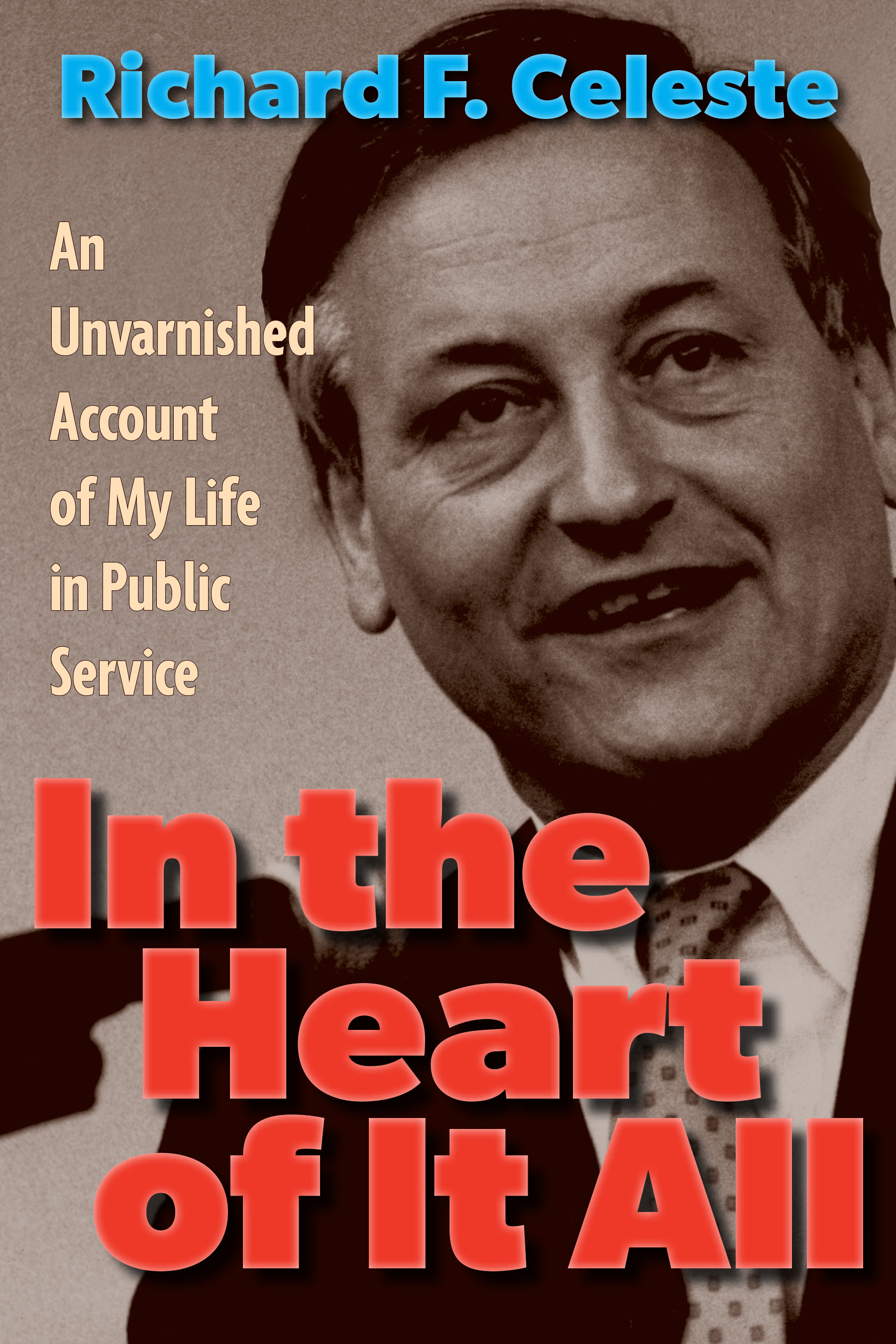 In the Heart of It All

An Unvarnished Account of My Life in Public Service

“Dick, remember this admonition: to whom much is given, much is expected.” As the eldest child in his Italian American family, Richard F. Celeste frequently heard his maternal grandmother repeat this aphorism. His paternal grandmother’s advice was, “Bresta your cards.” This divergent advice reverberated within him for years to come, informing Celeste’s approach to what has become a life of serving others.

In the Heart of it All recounts Celeste’s childhood in Lakewood, Ohio, where his politically ambitious father eventually served as mayor. Awarded a scholarship to attend Yale University, Celeste studied history and later became a Rhodes Scholar at Oxford; while living overseas, he met and quickly married his first wife, Dagmar Braun. Upon returning from Oxford, Celeste expected to begin a teaching career but was recruited to serve as a liaison for Peace Corps volunteers in Latin America, and the young couple relocated to Washington, DC, where they became friendly with Chet and Steb Bowles. When President Kennedy appointed Chet Bowles US ambassador to India, he invited Dick to work as his personal assistant. There, under Bowles’s tutelage, Dick began to consider a political career of his own.

Celeste returned to Ohio and successfully ran for the Ohio House of Representatives as a Democrat in 1970. After serving two terms, he was elected lieutenant governor in 1974 but lost the 1978 governor’s race by a slim margin. Celeste worked in DC as director of the Peace Corps while plotting his next move, and in 1982, his gubernatorial campaign resulted in a landslide victory. He served two terms as Ohio’s governor, tackling an epic savings and loan crisis along with mental health reform and job creation.

Celeste describes candidly why he considered and dismissed a presidential campaign in 1988. He went on to serve as ambassador to India under President Clinton, traveling there with his second wife, Jacqueline Lundquist, and bringing his career full circle. Shortly after that position ended, Celeste became president of Colorado College, serving from 2002 to 2011.

In each position, Celeste has used his grandmothers’ wisdom to guide his decision making, putting the needs of his various constituents—Ohio citizens, Peace Corps volunteers, diplomatic colleagues, and college students—above his ego and popularity ratings, and, as he poignantly reflects, sometimes even before his family. In the Heart of It All offers a remarkably frank and expansive account of Celeste’s personal and professional life, including his disappointing defeats and thrilling victories.

Richard F. Celeste was the governor of Ohio from 1983 to 1991. He has held a variety of positions in government and public service, most recently serving as president of Colorado College. He is currently a trustee of the Gates Family Foundation and Global Communities. The father of seven children, Celeste resides in Colorado with his wife, Jacqueline, and is involved with numerous charities.