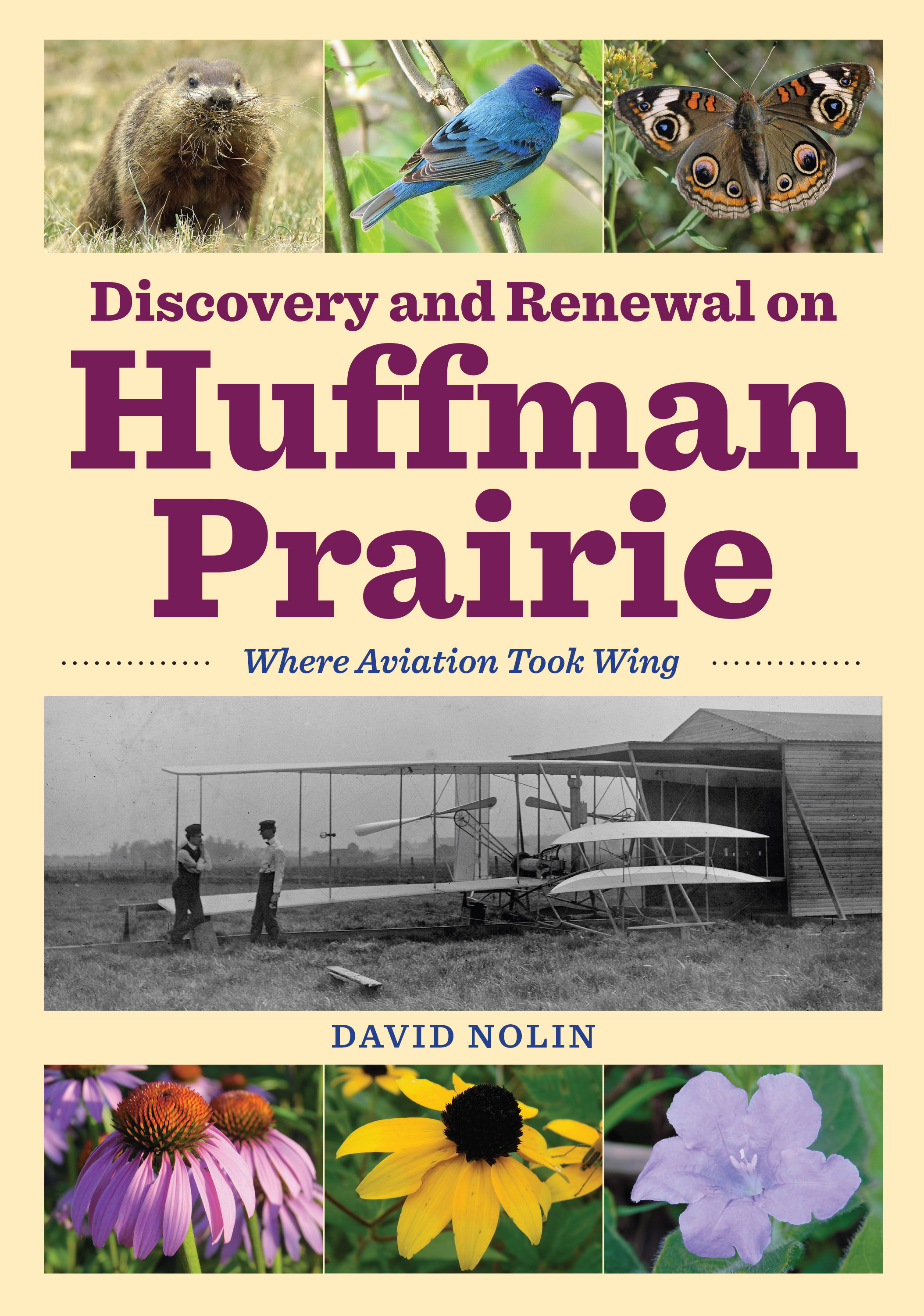 Discovery and Renewal on Huffman Prairie

In 1903 Orville and Wilbur Wright returned to their hometown of Dayton, Ohio, from North Carolina, where they had piloted their powered flying machine for several short flights. They wanted to continue their research closer to home and chose a flat expanse called Huffman Prairie, eight miles east of Dayton, to continue their experiments. Here, in 1904 and 1905, the brothers refined their machine, creating the world’s first practical powered aircraft.

Huffman Prairie was one of many large grasslands in the valley of the Mad River of southwestern Ohio when the area was settled in the 1790s. These untamed fields of tall grasses and wildflowers were a product of the region’s geology, climate, and ecology. This 2,000-acre grassland became part of a large, innovative flood control project, the Miami Conservancy District, and subsequently one of the country’s first military aviation fields, which has evolved into a major air force base, Wright-Patterson. These achievements have provided great benefits to the citizens of the Dayton area and the United States, but at the cost of a diverse and beautiful landscape that was largely forgotten.

In 1984 the author discovered that a piece of this prairie still existed, although it had been damaged by decades of overgrazing by livestock and then by regular mowing. Since then, efforts by private, local, state, and federal agencies, with the help of volunteers, have restored a 114-acre fragment of Huffman Prairie to something that recalls its original glory.

Discovery and Renewal on Huffman Prairie tells the region’s story from before the time when great continental glaciers covered much of what is now Ohio to the present. Along the way it covers the natural and human history of the site and the changes made to it by Native Americans, early settlers, farmers, flood control engineers, and the U.S. government. It goes on to explore how part of the prairie survived, leading to the restoration effort. Abundantly illustrated, this book includes a color photographic tour of the varied life of the prairie, as well as an overview of the Dayton Aviation National Historical Park that protects and interprets the Wright brothers’ flying field.

David Nolin served as director of conservation for Five Rivers MetroParks in the Dayton area, where he led the land acquisition and habitat management programs. He retired in 2015 after 32 years with this popular park agency. He has been actively involved in the protection and resto- ration of the Huffman Prairie State Natural Landmark since 1984 and the Beaver Creek wetlands since 1988.