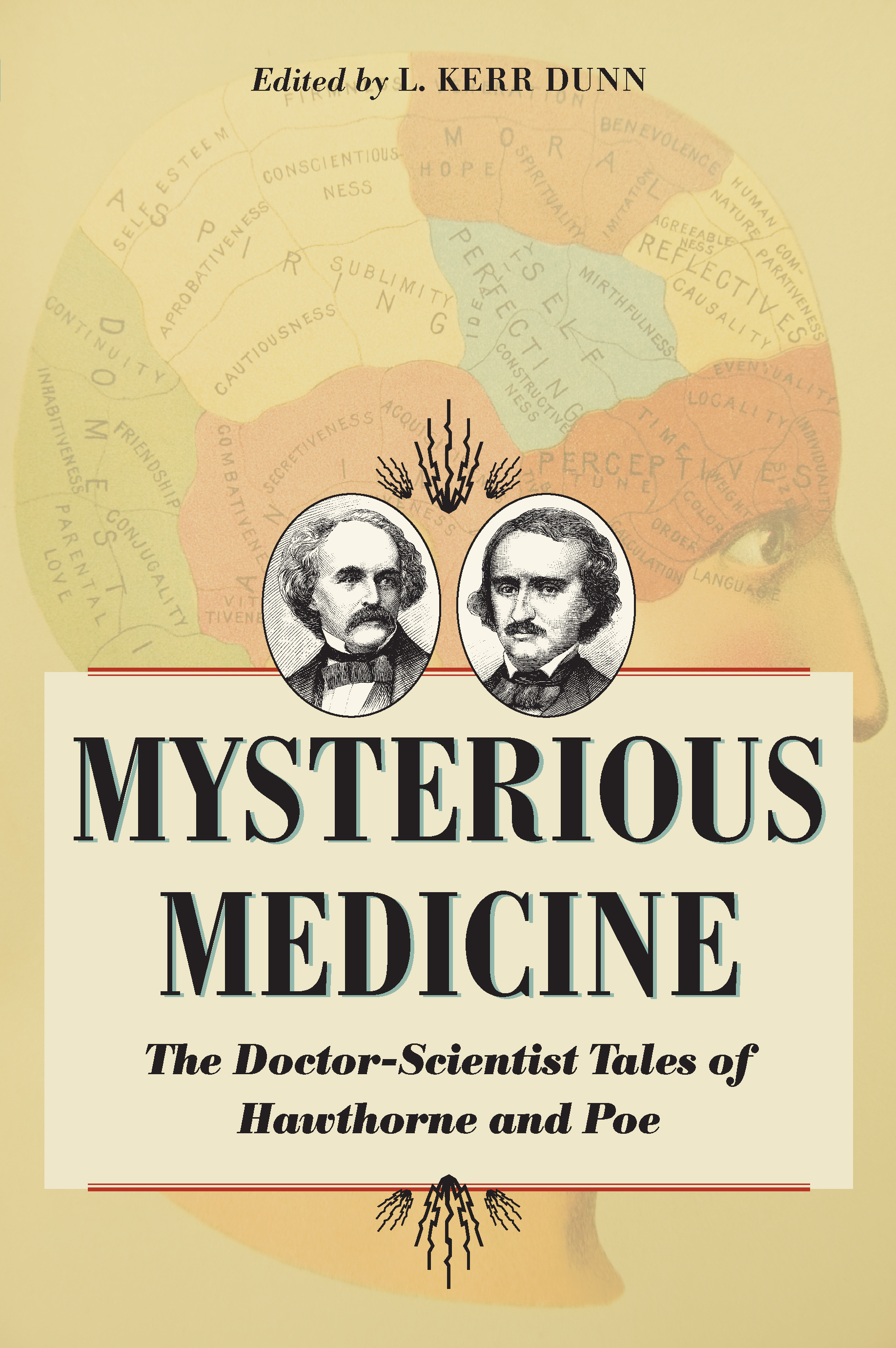 The Doctor-Scientist Tales of Hawthorne and Poe

Nathaniel Hawthorne and Edgar Allan Poe were masters of mystery and fantasy, but they also engaged real controversies surrounding individual health, health care practice, and biomedical research in nineteenth-century America. During this volatile era, when mesmerists, phrenologists, and other pseudoscientists reigned and “regular” physicians were just beginning to consolidate power, Hawthorne and Poe provided important critiques of experimental and often haphazard systems of care, as well as insights into the evolving understanding of mental and physical pathologies. As writers, they responded to the social, historical, and medical forces of their own time, yet they also addressed themes of bioethics, humanism, and patient-centered care that remain relevant in the twenty-first century.

Mysterious Medicine is the first anthology to bring together Hawthorne’s and Poe’s doctor-scientist tales along with thought- provoking introductions and discussion questions that make the anthology suitable for classrooms, book clubs, and individual readers. Every reader will discover new dimensions to classic tales like Hawthorne’s “Rappaccini’s Daughter” or Poe’s “The Fall of the House of Usher” while also exploring lesser-known works like Hawthorne’s “Dr. Bullivant” and Poe’s “The Facts in the Case of M. Valdemar.”

As one would expect of America’s dark romantics, the tales feature gothic elements such as crumbing mansions, chaotic madhouses, and pathological killers. They also include medical horrors like premature burial, plague, and poisonings at the hands of quacks, conveying the anxiety Americans felt about unethical experimentation, misunderstood diseases, and the rise of body snatching for anatomical study. Complementary text by L. Kerr Dunn helps situate each tale within the context of nineteenth-century medicine and draws parallels to health-related issues with which we struggle today.

The doctor-scientist stories collected in Mysterious Medicine provide evidence that the arts and humanities offer unique ways to explore the social, cultural, political, and personal forces that affect the way we suffer and heal.

L. Kerr Dunn is an associate professor of writing and humanities at the Medical University of South Carolina, where she serves as chair of the University Humanities Committee. A scholar of American literature and a creative writer, she has published numerous works as Lisa Kerr, including an illness-themed poetry chapbook titled Read between the Sheets.