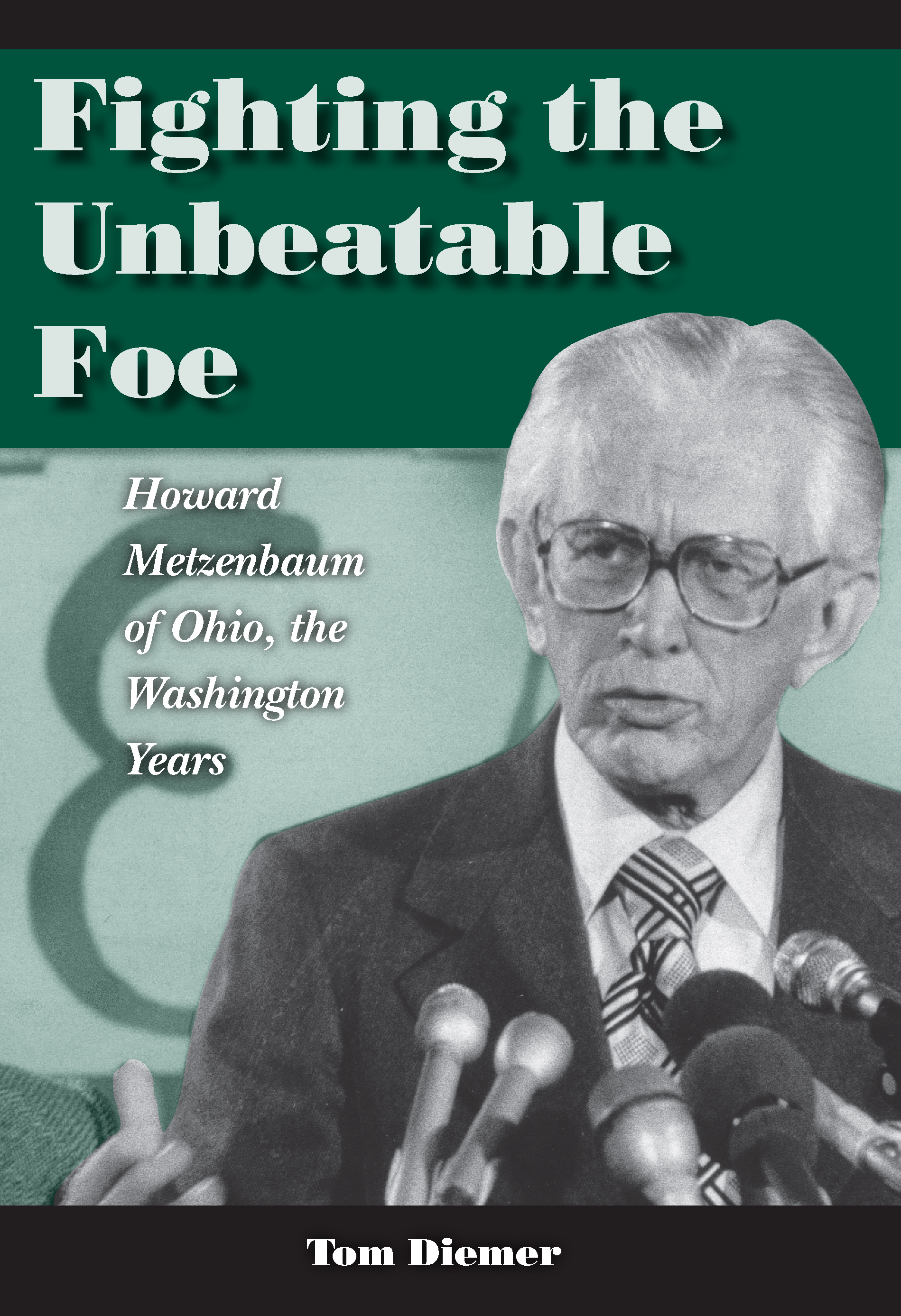 “Profile in Courage is only one of the profiles drawn in this striking book. It is also a profile in passion for rectitude and a profile in persistence in battling for the average American, often against great odds.”—Daniel Schorr, Senior News Analyst, National Public Radio

“Tom Diemer does a masterful job of lifting the curtain on how the senator known as ‘the abominable No man’ became the liberal conscience of the U.S. Senate. The fights are as relevant today as they were in the ’70s, ’80s, or ’90s—gun control, abortion rights, judicial nomination—and the deals, some unsavory, some noble, reflect the values of a man looking out for the little guy and unafraid of offending the powerful.”—Eleanor Clift, contributing editor, Newsweek

“In my experience, the Senate rewards persistence, hard work, patience, and downright cussedness. Howard Metzenbaum had them all.”
—Mike DeWine, U.S. Senator from Ohio, 1995–2007

Howard Metzenbaum, a poor Jewish kid from the inner city of Cleveland who fought his way to wealth and the United States Senate, became one of Ohio’s most dominant politicians in the second half of the twentieth century. He represented his state for nineteen years on Capitol Hill, despite being to the political left of most of his heartland constituents. Fighting the Unbeatable Foe tells his story—from his stunning upset of John Glenn to his years as a powerful and outspoken member of the U.S. Senate.

Metzenbaum joined the Senate in 1974 and, despite never holding an official party leadership post or chairing a committee, fought his way to the top. He succeeded through sheer force of will and with a brilliant mind and a steely determination that drove him to take extreme measures to get his way. Though known to his colleagues as “Senator No” because of his willingness to tie up the Senate in parliamentary knots for hours on end to block legislation he didn’t like, hallmarks of conservative politicians, Metzenbaum was among the Senate’s most unabashedly liberal members.

Fighting the Unbeatable Foe is the first biography of Metzenbaum, a fascinating individual who, against the odds, rose from humble beginnings to become a multimillionaire businessman and one of the most effective and powerful senators in the land. By conducting interviews with Metzenbaum’s friends, foes, political scientists, and journalists and consulting primary-source materials, Tom Diemer provides new details about Metzenbaum’s business deals, his successes on Capitol Hill, and also his embarrassing failures and miscalculations. Metzenbaum remains among the most interesting and paradoxical figures in the history of Ohio politics. His story will be enjoyed by anyone interested in Ohio history and politics.

Tom Diemer covered Howard Metzenbaum during most of his second and third Senate terms. As a Plain Dealer congressional and political reporter, Diemer was on the beat in Washington from Ronald Reagan’s second term through mid-2004. He covered seven presidential campaigns during his career with the Cleveland newspaper and The Associated Press. He is currently deputy editor and lecturer in Northwestern University’s Medill News Service Washington program.