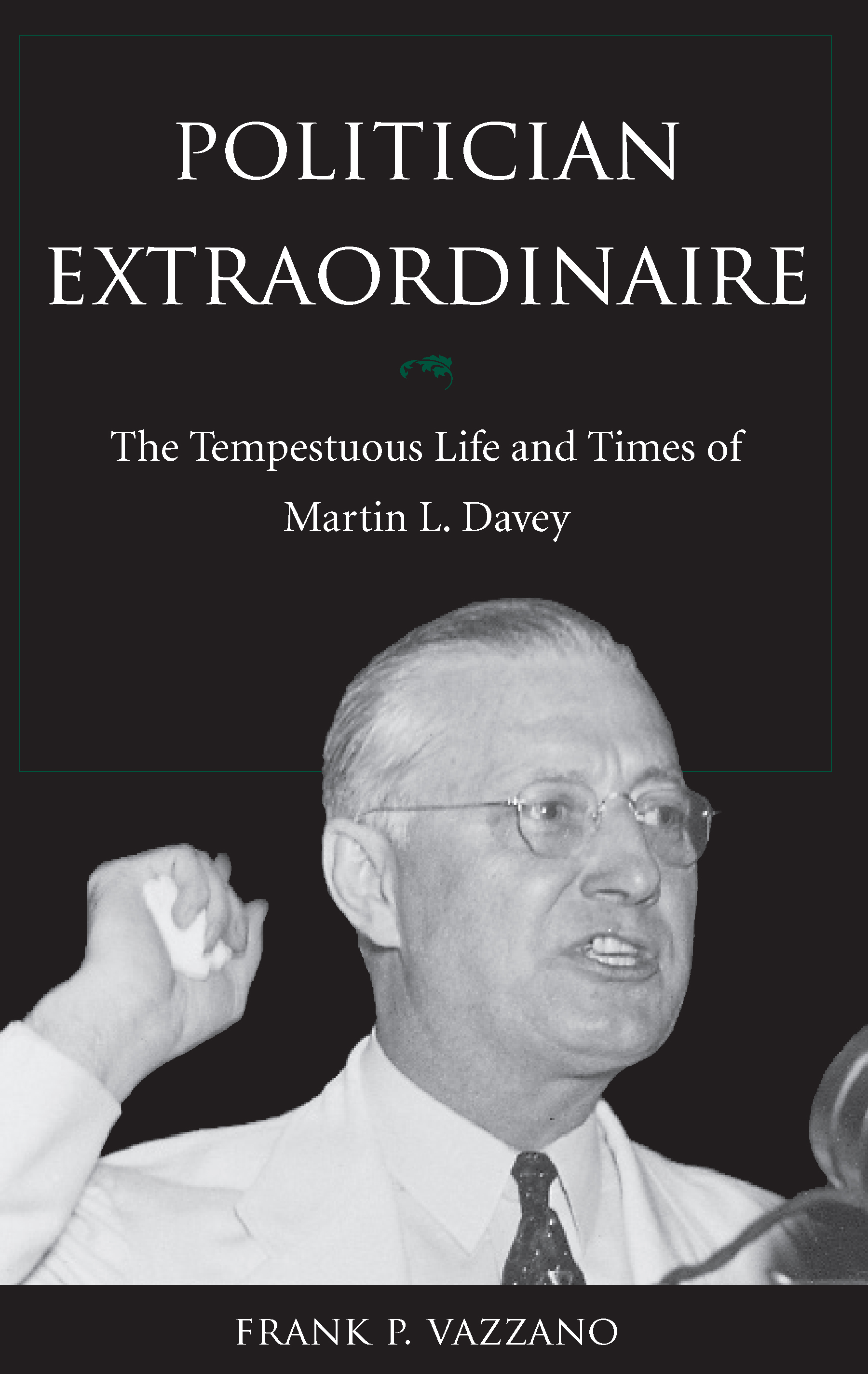 The Tempestuous Life and Times of Martin L. Davey

The biography of a colorful and controversial 20th-century politician

This carefully researched and engagingly written political biography marks the first full treatment of Ohio native and politician Martin L. Davey. An important figure on the local, state, and national political scene in the early decades of the twentieth century, Davey served as mayor of Kent, Ohio, was elected to the U.S. House of Representatives, and completed two terms as Ohio governor.

As Frank Vazzano shows, Davey, a maverick Democrat, did things his way no matter the consequences, often alienating his own party as well as his Republican foes. His independence, feistiness, and hot temper exasperated even President Franklin Roosevelt, who worried that Davey’s machinations in Ohio might hurt the national ticket in 1936. Davey was a New Deal–era politician and a key depression-era governor known for his keen business sense, political savvy, and self-promotion and remembered for his controversial and scandal-ridden governorship.

Rich with Ohio history and politics, this biography of an influential businessman and politician will be important reading for both scholars and the general public.

Frank P. Vazzano is a professor of history at Walsh University in North Canton, Ohio. He has contributed to the Historical Dictionary of the Gilded Age (2003) and The Vice Presidents: A Biographical Dictionary (1998). Additionally, he has published articles in Ohio History, Congress and the Presidency: A Journal of Capital Studies, The Historian, and Louisiana History.