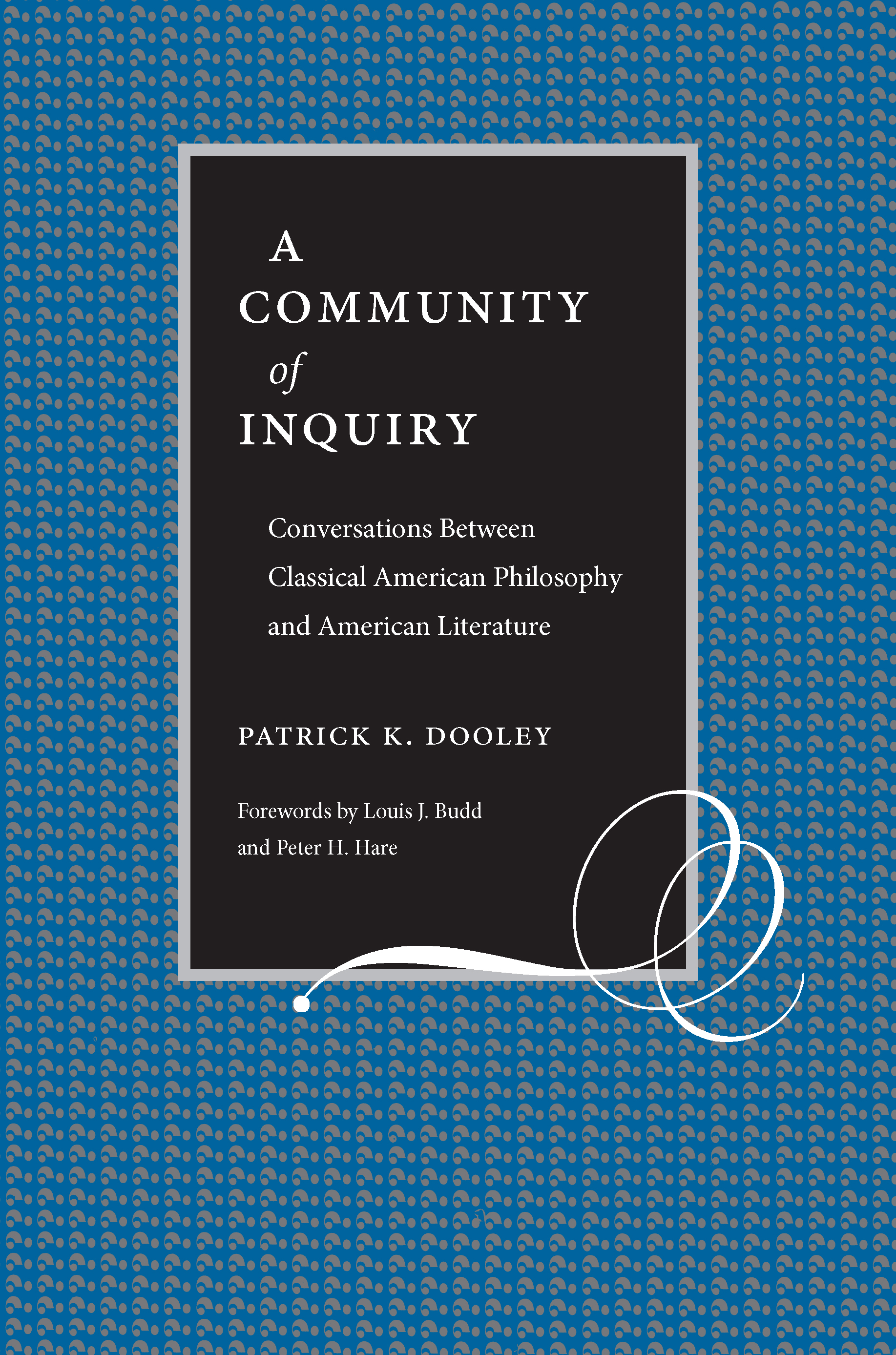 “I applaud the novel ways in which Dooley brings to life the interchanges between philosophy and literature in America during this period. Although numerous literary scholars have published in this field, Dooley is, to my knowledge, the first professional philosopher to make a major contribution. As a philosopher thoroughly trained in the American tradition, Dooley is able to highlight features of the conversation hitherto neglected by those with literary training.”
—from the Foreword by Peter H. Hare

“These truly are ‘conversations’ between two distinct fields that rarely talk to one another in such precise and revealing ways, and Dooley is superbly equipped to conduct that conversation. A Community of Inquiry is fresh, lively, and original.”
—Tom Quirk, professor of English, University of Missouri

Recently and increasingly, literary and philosophical scholars are subscribing to the view that philosophy and literature are allies. However, nearly all of these scholars have concentrated on analyses of Greek philosophers and dramatists as well as English novels and novelists with reference to the nature of a good society and a moral life. The essays presented in A Community of Inquiry explore often-neglected works: classical American philosophy, especially pragmatism, and American literature, particularly the realists and naturalists, and mostly ignored fundamental issues of epistemology and metaphysics.

This interdisciplinary study examines the connections between American philosophy and literature, demonstrating how a cluster of elements normally identified as the signature components of classical American philosophy are prominent in the canonical works of American literature. The subjects discussed range from Stephen Crane’s metaphysics to business ethics in William Dean Howells, pragmatic religion in Willa Cather and Harold Frederic, John Steinbeck’s philosophy of work, and Norman Maclean’s philosophy of community.

Dooley is uniquely qualified to handle this study of the interactions and intersections of philosophical thinking and literary writing. His philosophical background and analytical rigor provide a new perspective on the authors and subjects discussed in A Community of Inquiry, making this book appealing to those interested in American literary, intellectual, historical, and/or philosophical studies.

Patrick K. Dooley, Board of Trustees Distinguished Professor of Philosophy, St. Bonaventure University, earned his BA from St. Paul Seminary College and his MA and PhD from the University of Notre Dame. In the general area of philosophy and American culture, he has published more than seventy articles and book chapters and three books, including The Pluralistic Philosophy of Stephen Crane (1993).