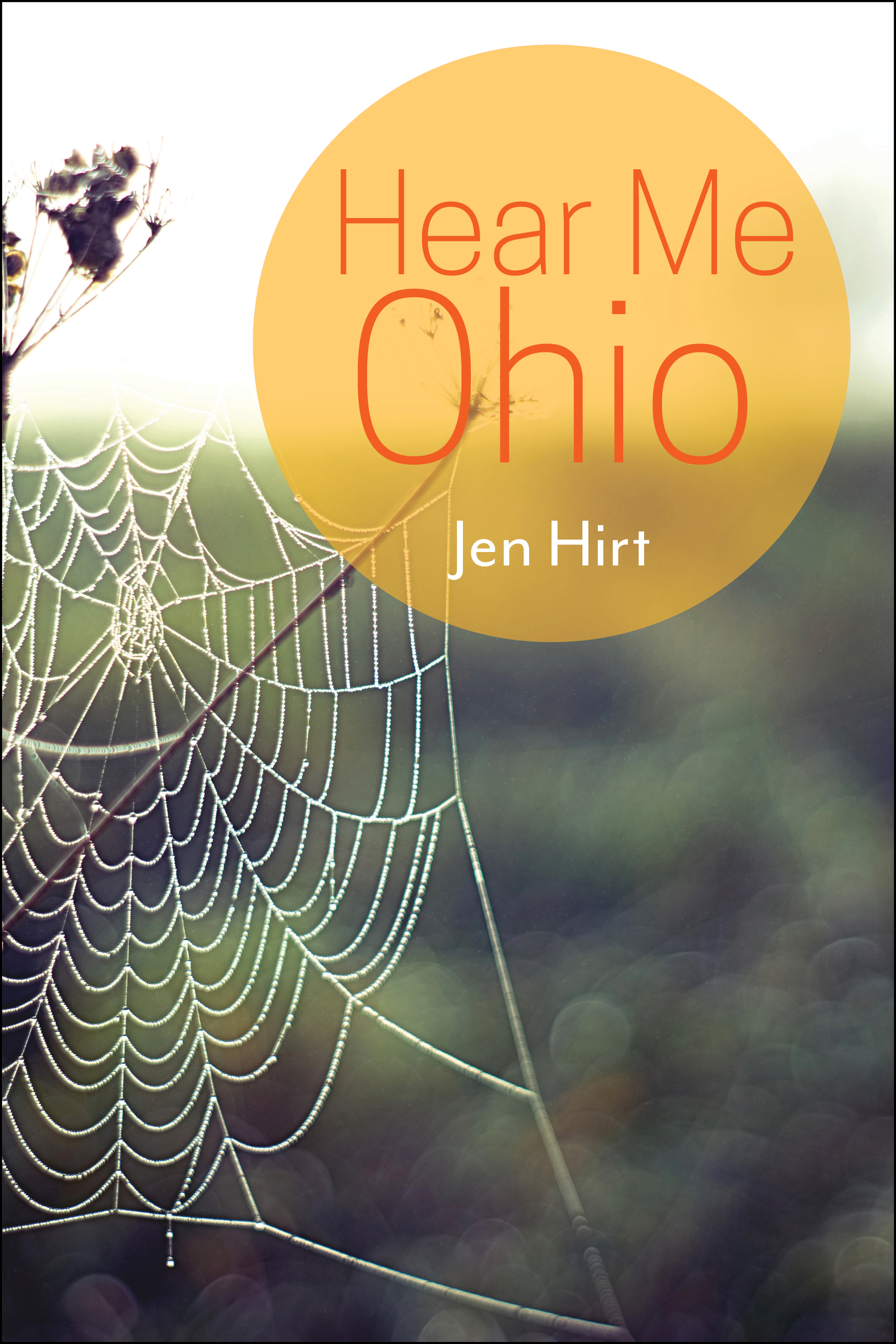 Hear Me Ohio is a collection of essays about leaving Ohio while always looking back at it from places as far and different as Idaho, to the familiar forest of an arboretum in Kentucky, to the Pennsylvania riverbanks of the Susquehanna River. Hirt writes about loss and discovery, but also horseradish and hold-ups, unicorns and spiders, chestnuts and dobsonflies, dogs and kayaks. Readers will find nature writing, meditations, literary journalism, and memoir—a range of approaches for covering a range of miles and years since a childhood spent growing up in Hirt's Greenhouse in Strongsville, Ohio, which was the subject of her first book.

Jen Hirt’s memoir, Under Glass: The Girl with a Thousand Christmas Trees (University of Akron, 2010), won the Drake University Emerging Writer Award. Her poetry chapbook, Too Many Questions about Strawberries, was published by Tolsun Books in 2018. Her essay “Lores of Last Unicorns,” published in The Gettysburg Review, won a Pushcart Prize. She is the co-editor of Creating Nonfiction: Twenty Essays and Interviews with the Writers (SUNY Press, 2016), which won “Gold” at the Foreword Review awards “Anthology of the Year” category, and she is the editor of Kept Secret: The Half-Truth in Nonfiction (MSU Press, 2017). Her essays have also received the Gabehart Prize for Nonfiction from the Kentucky Women Writers Conference, a Pennsylvania Council on the Arts grant, an Ohioana Library grant, and four notable essay mentions in Best American Essays. Her work has been published in over forty journals or magazines. She has an MFA from the University of Idaho, an MA from Iowa State University, and a BA from Hiram College. She is an associate professor of creative writing at Penn State Harrisburg.