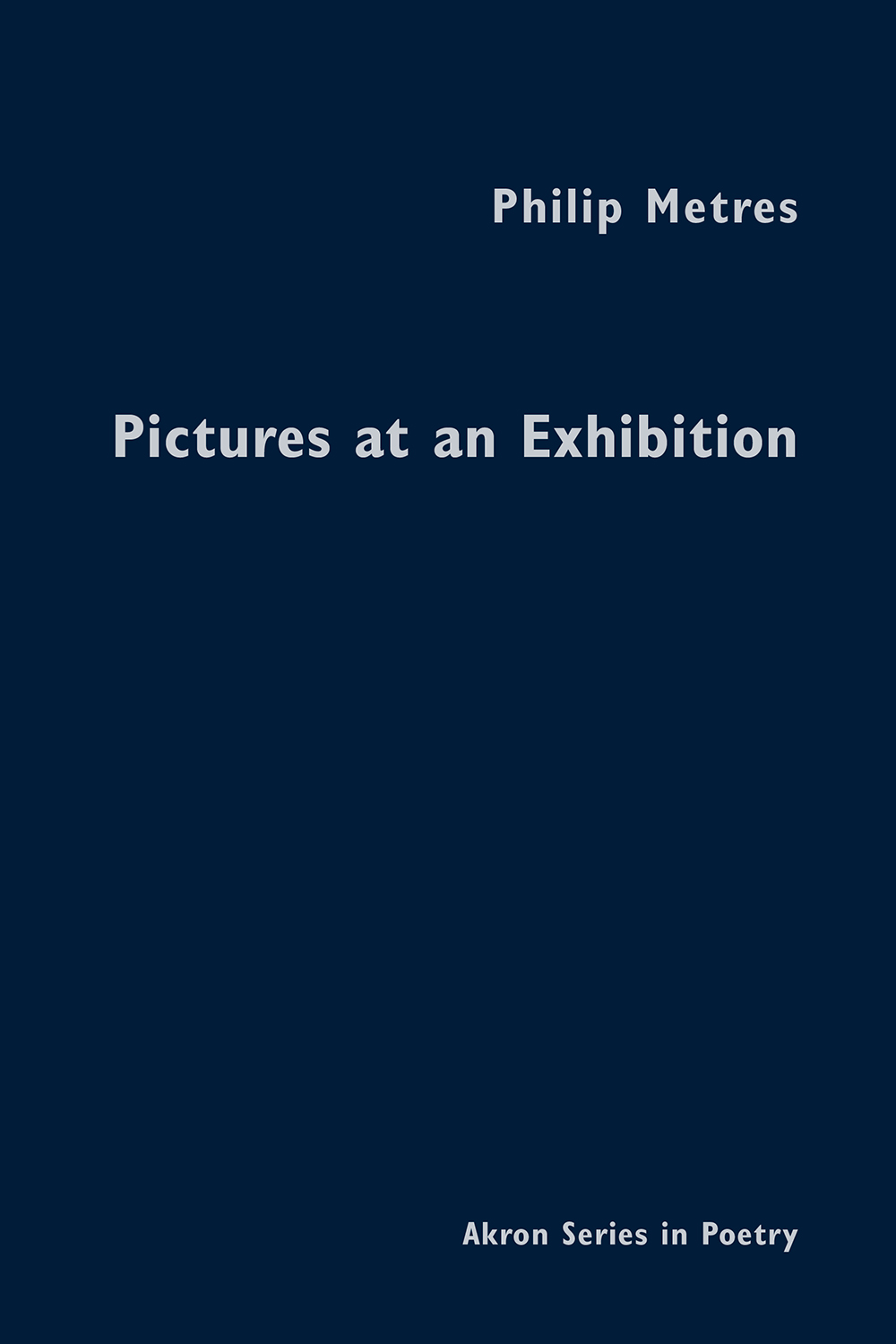 Pictures at an Exhibition

Wrestling with the questions of travel, memory, and perception, Pictures at an Exhibition: A Petersburg Album is, at its core, an unrequited love song to St. Petersburg. The fever dream of Peter the Great, Pushkin, Dostoyevsky, Gogol, and Akhmatova, St. Petersburg is the occasion for a broader meditation on all we come to love and lose. Pictures began as a journal notebook in 2002, as the poet tried to capture this spectacle-rich and memory-laden city that he had visited ten years before. Scored to the movements of Modest Mussorgsky’s legendary suite—a work of art elegizing a lost friend, the artist Hartmann—Pictures marks, and sometimes sings, the incommensurability of word and world.

Philip Metres is the author of a number of books, including Sand Opera (2015), I Burned at the Feast: Selected Poems of Arseny Tarkovsky (2015), A Concordance of Leaves (2013), To See the Earth (2008), and Behind the Lines: War Resistance Poetry on the American Homefront since 1941 (2007). His work has garnered two NEA fellowships, five Ohio Arts Council Grants, the George W. Hunt, S.J. Prize, the Beatrice Hawley Award, two Arab American Book Awards, the Watson Fellowship, the Creative Workforce Fellowship, the Cleveland Arts Prize and the PEN/Heim Translation Fund grant. He is professor of English at John Carroll University in Cleveland.