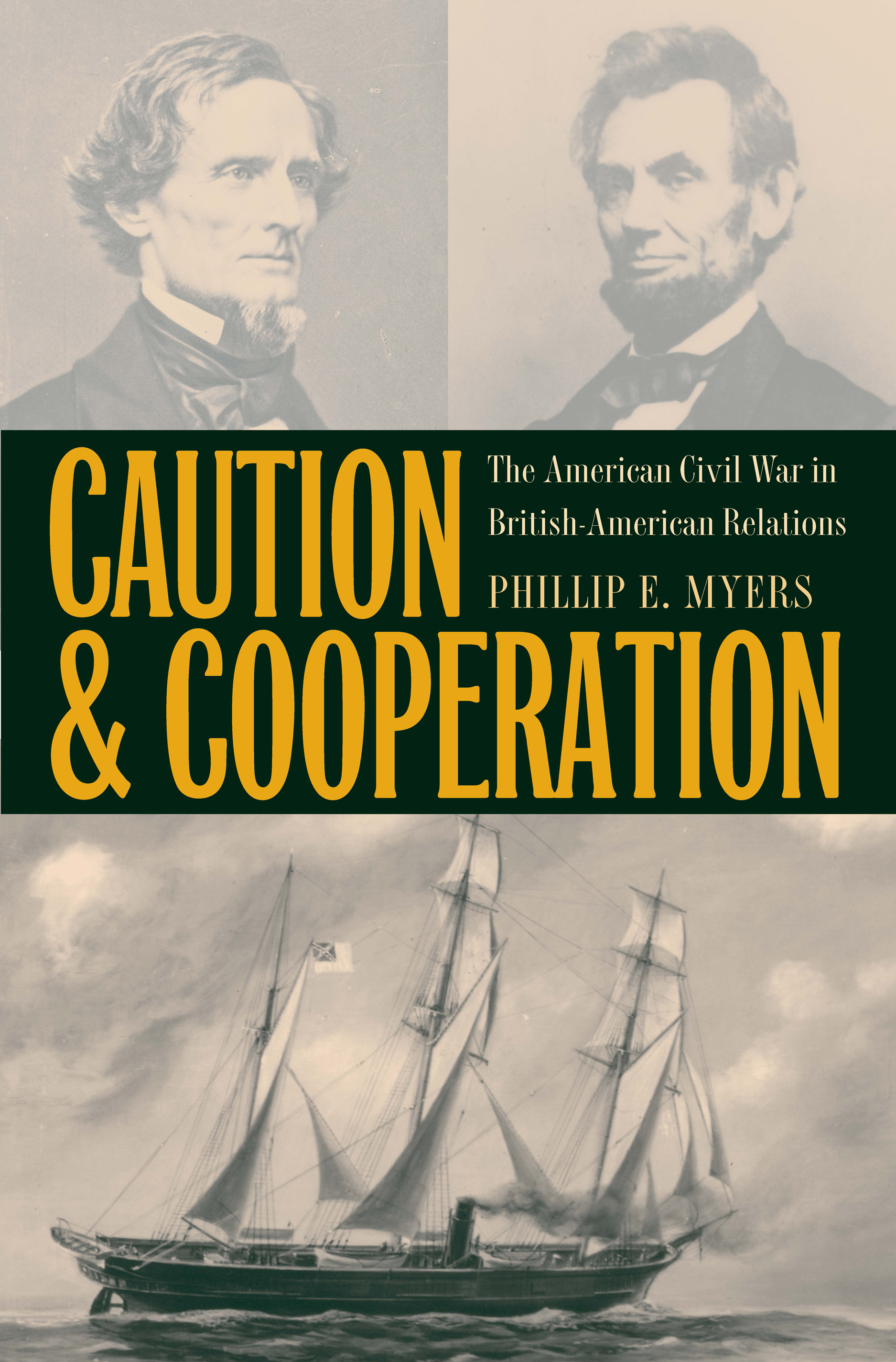 Click here to read a review from The British Scholar

“Phillip E. Myers’s Caution and Cooperation places Anglo-American relations during the Civil War within the broader context of the whole nineteenth century, arguing convincingly for the lack of any real chance of British intervention on the side of the Confederacy and dating the end-of-the-century Anglo-American rapprochement back about three decades. Based on extensive research in the United States and Great Britain, this major reinterpretation of the transatlantic special relationship is ‘international history’ in its truest sense.”

It has long been a mainstay in historical literature that the Civil War had a deleterious effect on Anglo-American relations and that Britain came close to intervention in the conflict. Historians assert that it was only a combination of desperate diplomacy, the Confederacy’s military losses, and Lincoln’s timely issuing of the Emancipation Proclamation that kept the British on the sidelines. Phillip E. Myers seeks to revise this prevailing view by arguing instead that wartime relations between Britain and the United States were marked by caution rather than conflict.

Using a wide array of primary materials from both sides of the Atlantic, Myers traces the sources of potential Anglo-American wartime turmoil as well as the various reasons both sides had for avoiding war. And while he does note the disagreement between Washington and London, he convincingly demonstrates that transatlantic discord was ultimately minor and neither side seriously considered war against the other.

Myers further extends his study into the postwar period to see how that bond strengthened and grew, culminating with the Treaty of Washington in 1871. The Civil War was not, as many have believed for so long, an unpleasant interruption in British-American affairs; instead, it was an event that helped bring the two countries closer together to seal the friendship.