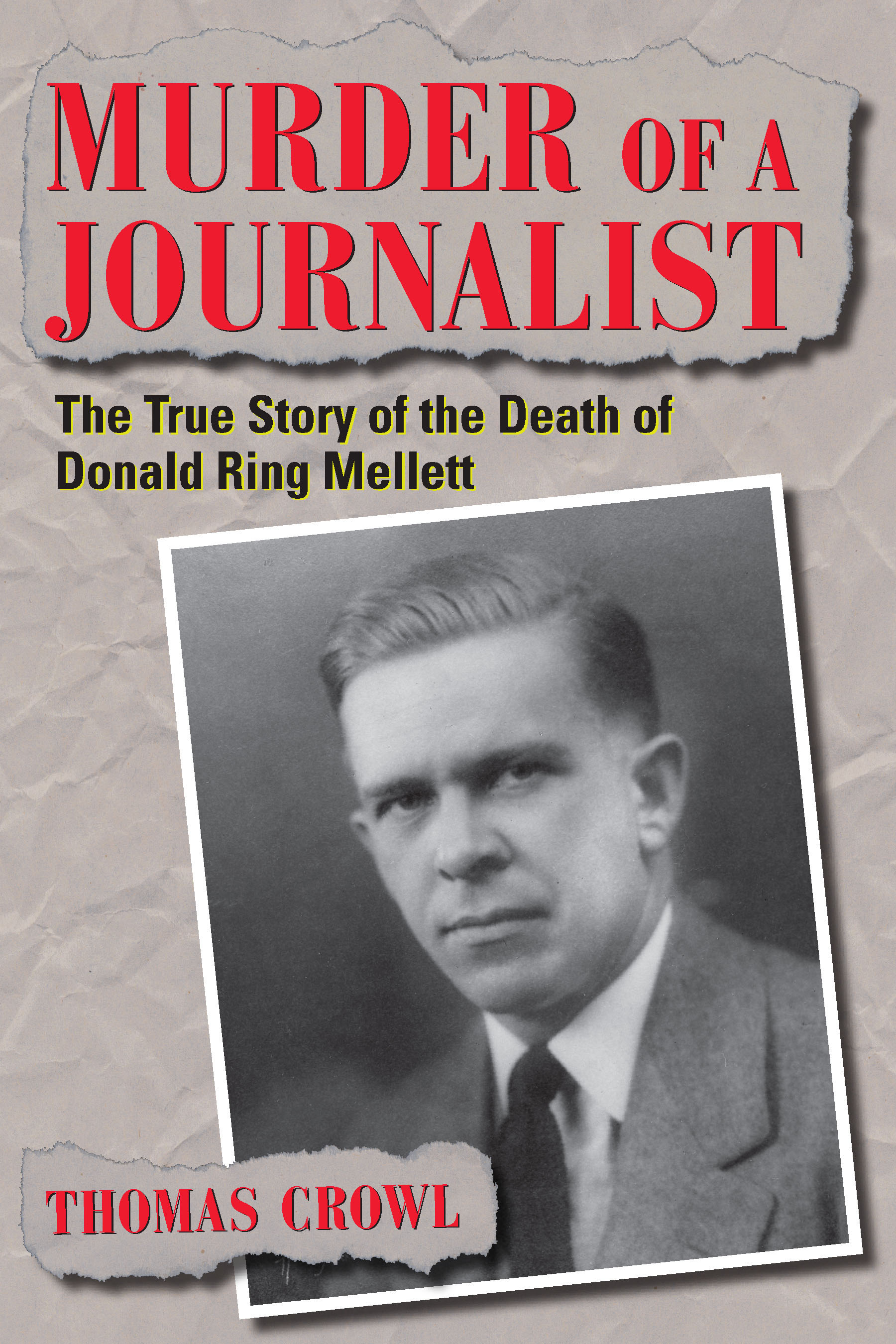 Murder of a Journalist

The True Story of the Death of Donald Ring Mellett

The July 1926 murder of the editor of the Canton, Ohio, Daily News, Don R. Mellett, was one of the most publicized crimes in the 1920s. For less than a year, Mellett was the editor of the Daily News, owned by former Ohio governor and Democrat presidential candidate James Cox. Having promised Cox he would turn the unprofitable News into a success, Mellett combined personal conviction with marketing savvy and in 1925 embarked on an antivice, anticorruption editorial campaign. The following year, the Daily News and Mellett, posthumously, received the Pulitzer Prize for his columns.

His editorials were often aimed at the Canton police chief, S. A. Lengel, making the News law and order crusade personal. An unholy alliance of bootleggers and corrupt police, angered at Mellett’s interference with business as usual, hired an ex-con from Pennsylvania, Patrick McDermott, to attack and scare the editor. When the intended assault spiraled out of control and Mellett was murdered, the national press became outraged and saw this situation as an attack on the First Amendment, demanding justice in editorials appearing on the front pages of newspapers throughout the country.

Author Thomas Crowl, using newspaper and magazine accounts, interviews, and other primary source material (some previously unavailable), follows the investigation into the Mellett murder by a private detective who was hired by the Stark County prosecutor. The arrest of the prime suspect and the sensational trial of the cocky hitman received nationwide media coverage. The murder investigation also netted the two local hoodlums who hired McDermott. Additionally, a former police detective was arrested and convicted as the originator of the plot, and he in turn implicated police chief Lengel in the murder conspiracy. Nearly a year and a half later, however, Lengel was ultimately acquitted of the charges.

This compelling and intriguing story is the first in-depth study of the Mellett murder. Historians and true crime buffs will welcome this as a valuable addition to the field of true crime history.

Thomas Crowl is a veterinarian in Ohio. He is an amateur social historian and has published several articles in Timeline, History Magazine, and Man at Arms.