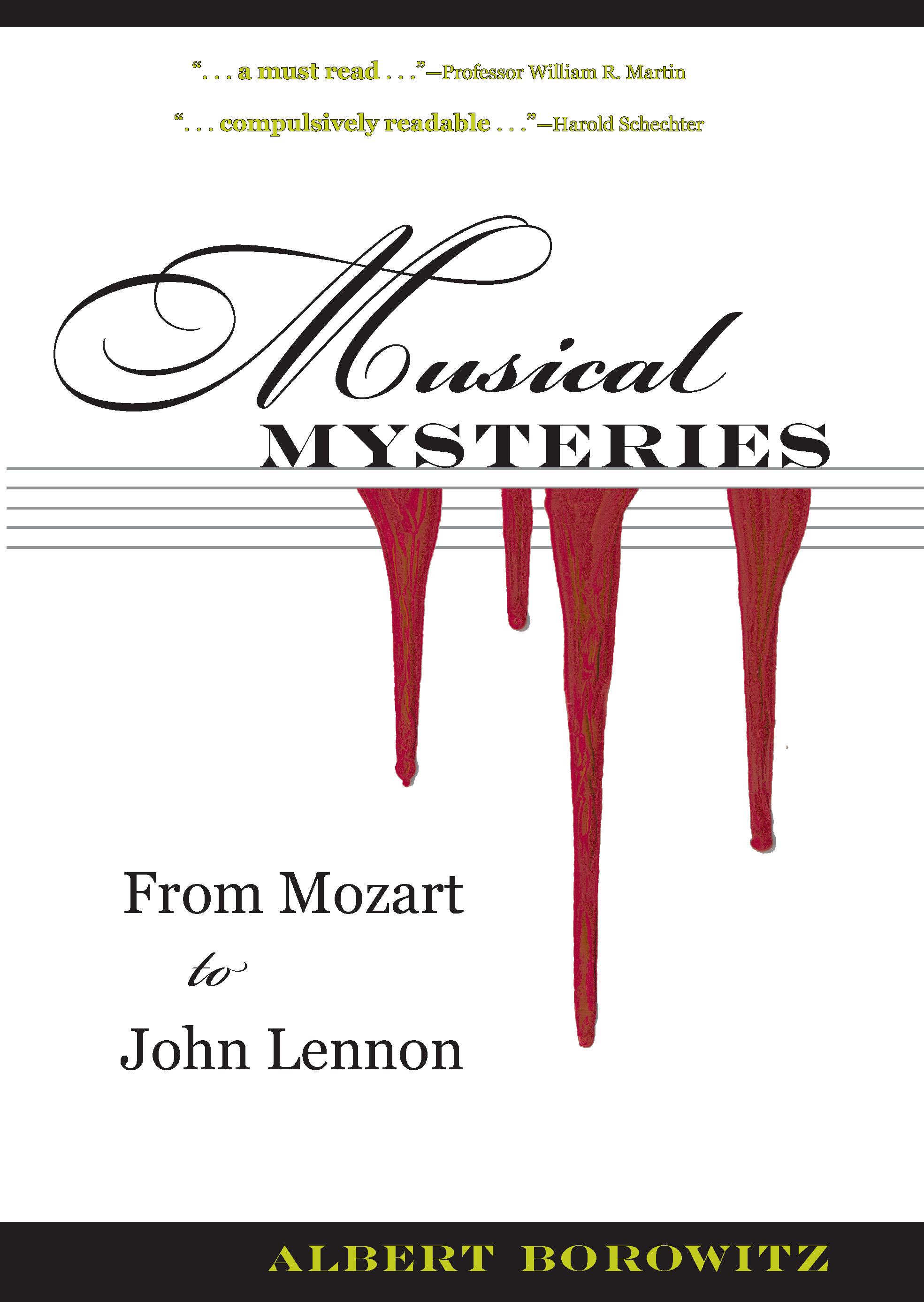 From Mozart to John Lennon

Crime has formed the basis of countless plots in music theater and opera. Several famous composers were murder victims or believed to be murdered, and one of the greatest Renaissance composers slaughtered his wife and her lover. In Musical Mysteries, renowned true crime historian Albert Borowitz turns his attention to the long and complex history of music and crime. The book is divided into two parts. The first addresses three aspects of musical crime: the clashes between envious and competitive musicians, the recurrent question of whether genius and criminality can coexist in the same soul, and the jarring contrast between the creative artist and the violent melodrama of everyday life. Borowitz explores eight infamous crimes and crime legends, including the suspected killing of Robert Cambert by his rival, opera composer Jean-Baptiste Lully; the lurid slaying by sixteenth-century madrigal composer Carlo Gesualdo of his unfaithful wife; Wolfgang Amadeus Mozart’s supposed murder at the hands of Antonio Salieri; and the stalking and murder of John Lennon by Mark Chapman. The second part examines crimes in music, looking at such diverse examples as the “Song of Lamech,” the second biblical killer; the preoccupation of the Gilbert and Sullivan operettas with corporate law and fraud; and the violent character of Jud Fry in Rodgers and Hammerstein’s Oklahoma! This interdisciplinary study of musical crimes and criminals offers readers Borowitz’s characteristic close, learned analysis and insightful, engaging prose. Musical Mysteries will appeal to true crime aficionados as well as students of social and music history.

Albert Borowitz is a graduate of Harvard University with a B.A. in classics, an M.A. in Chinese Regional Studies, and a J.D. He is the author of numerous studies on true crime, including The Bermondsey Horror, a nominee for the Gold Dagger award for true crime given by the Crime Writers Association. His most recent books are Blood and Ink: An International Guide to Fact-Based Crime Literature (The Kent State University Press, 2002) and Terrorism for Self-Glorification: The Herostratos Syndrome (The Kent State University Press, 2005). He is a retired partner from the law firm of Jones, Day, Reavis & Pogue.