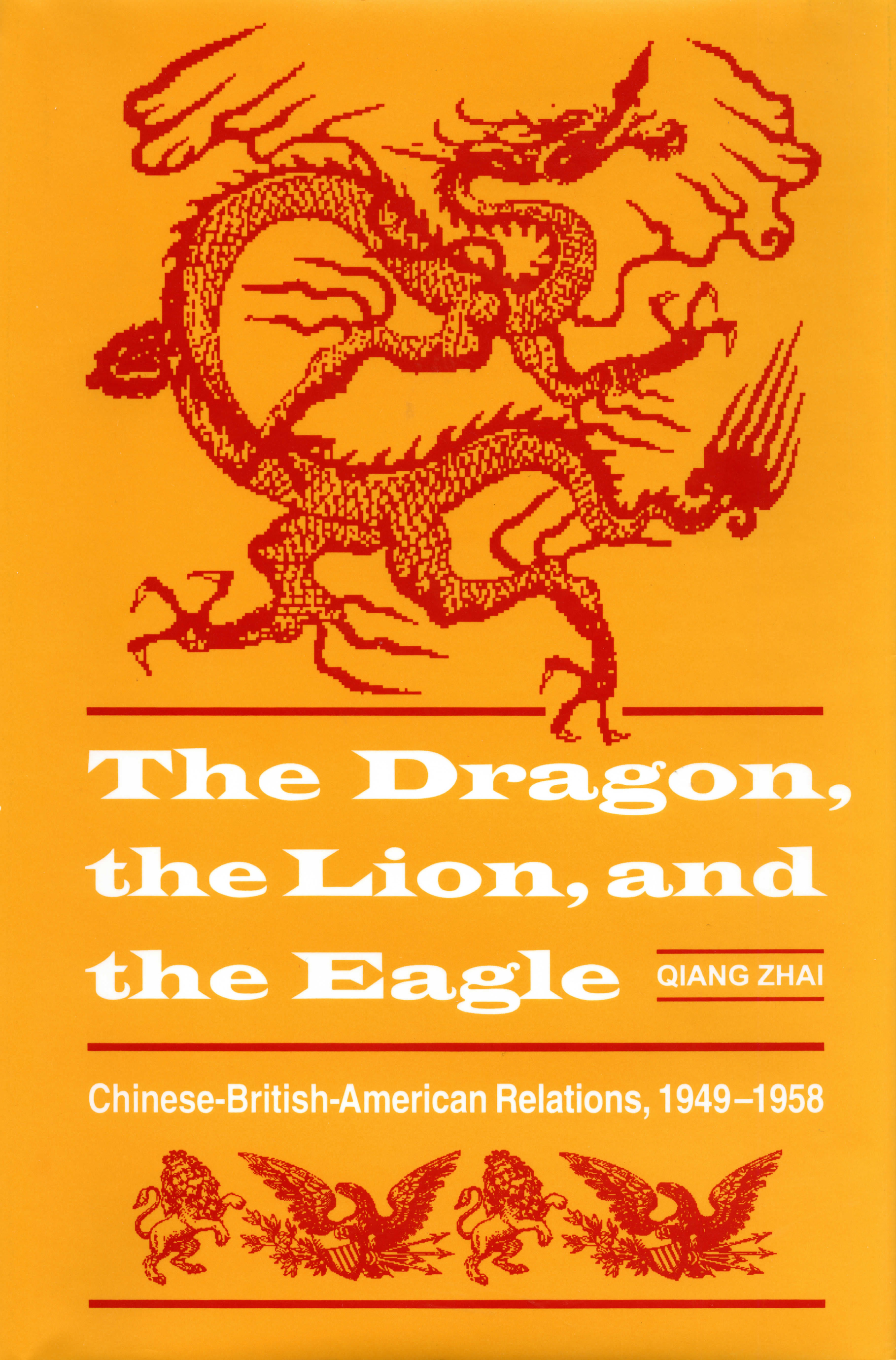 Dragon, the Lion, and the Eagle

The establishment of the People’s Republic of China (PRC) in 1949 and the subsequent conclusion of the Sino-Soviet Alliance Treaty destroyed the old balance of power in East Asia and introduced new forces into the international system. These developments had important implications for Great Britain and the United States, both of which possessed significant interests in the region. Drawing on previously classified British and American documents and private papers, Qiang Zhai compares the respective policies toward the recognition of China and that country’s representation in the United Nations; China’s entry into the Korean War; the Geneva Conference of 1954; the Quemoy-Matsu crises of 1954-55 and 1958; and Chinese threats to Taiwan and Tibet. He carefully analyzes the objective of dividing the Sino-Soviet alliance as a goal of Anglo-American policies and uses recently available Chinese Communist materials—including inner-party documents, diaries, memoirs, and biographies by and about former Chinese leaders, generals, and diplomats—to reconstruct Chinese foreign policy initiatives and responses to Western challenges. With its unique international and comparative dimensions, this study allows the first clear view of early Cold War history from the Chinese as well as Western perspectives. Washington and London differed widely in their assessments of Beijing’s intentions and capabilities, as reflected in their respective policies toward recognition and containment of China. Zhai examines the mutual influences and constraints—distinct strategic concerns, divergences in political structures, public opinion, interest groups, and diplomatic traditions, as well as the perceptions and idiosyncrasies of the top policymakers—that affected Anglo-American relations and shows how consideration of each others reactions further complicated their policy decisions. This study in international history and comparative analysis avoids the tunnel vision so common in explorations of bilateral relationships by structuring the narrative around the initiatives and responses of each of the countries to events that were inherently multilateral in character.