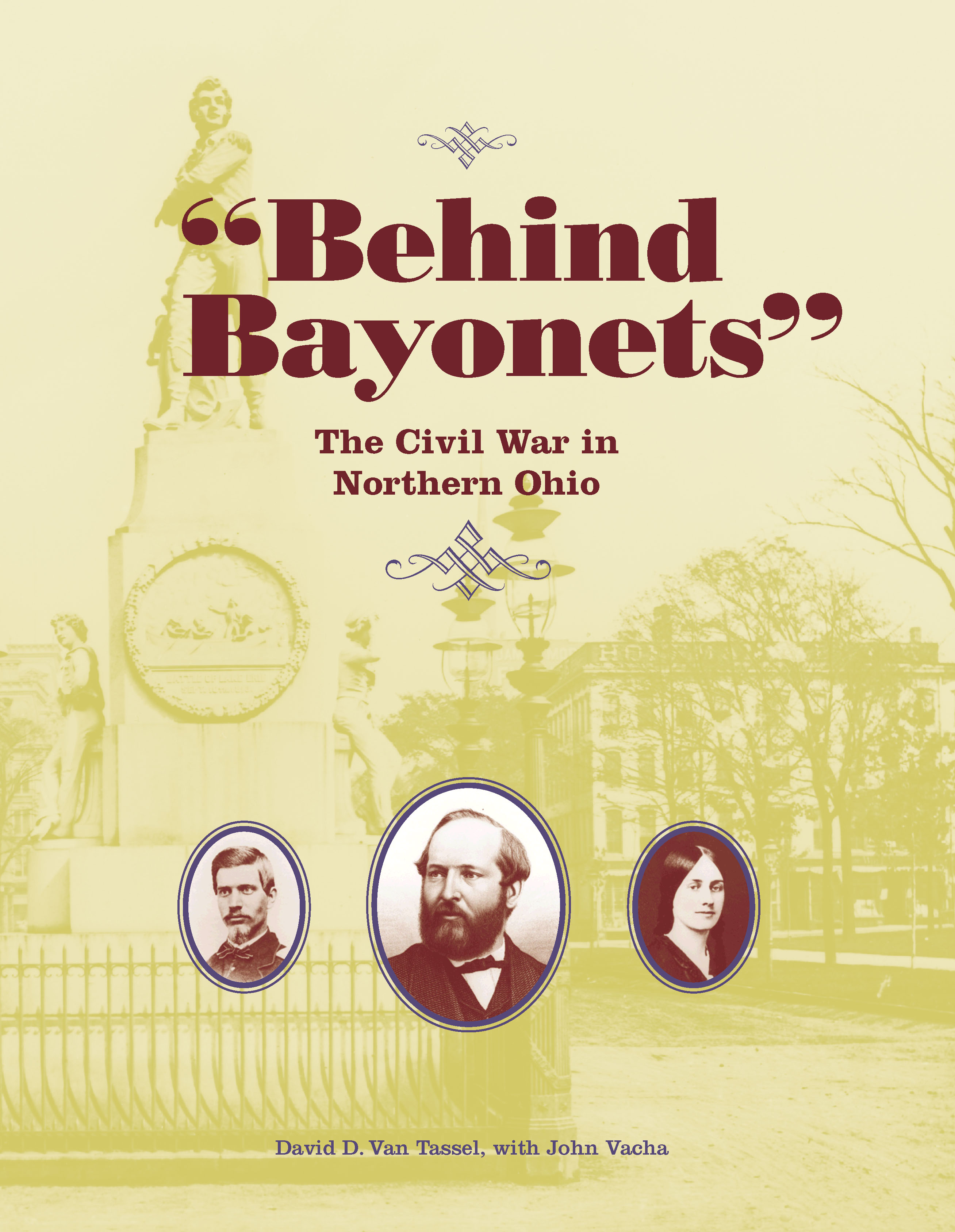 The Civil War in Northern Ohio

Eminent Cleveland historian David Van Tassel had undertaken the challenge of writing an illustrated history of the Cleveland homefront during the Civil War. Unfortunately, he died in 2000 before completing his manuscript. Historian John Vacha completed the final chapters using notes, lists, and ideas that Van Tassel had gathered, and their efforts are presented in Behind Bayonets.

Behind Bayonets focuses on Ohio’s substantial role in the Civil War. It is perhaps the only work that uses published and unpublished sources written by northeast Ohioans to comment on the causes, course, and purpose of the war. It does not provide an overview of battles, but it does address soldiers’ enlistments and early camp experiences, women’s experiences, public reactions to emancipation and the general political interest in the war, local business growth during the war, and Lincoln’s assassination and the funeral train’s stop in Cleveland.

The authors use moving first-person commentaries and accounts to illustrate and explain these issues and situations. Additionally, the text is lavishly illustrated with rare photographs from the Western Reserve Historical Society’s archives.

This regional perspective on the war is a noteworthy addition to Civil War literature, offering insight into what was going on at home while the war was being fought.