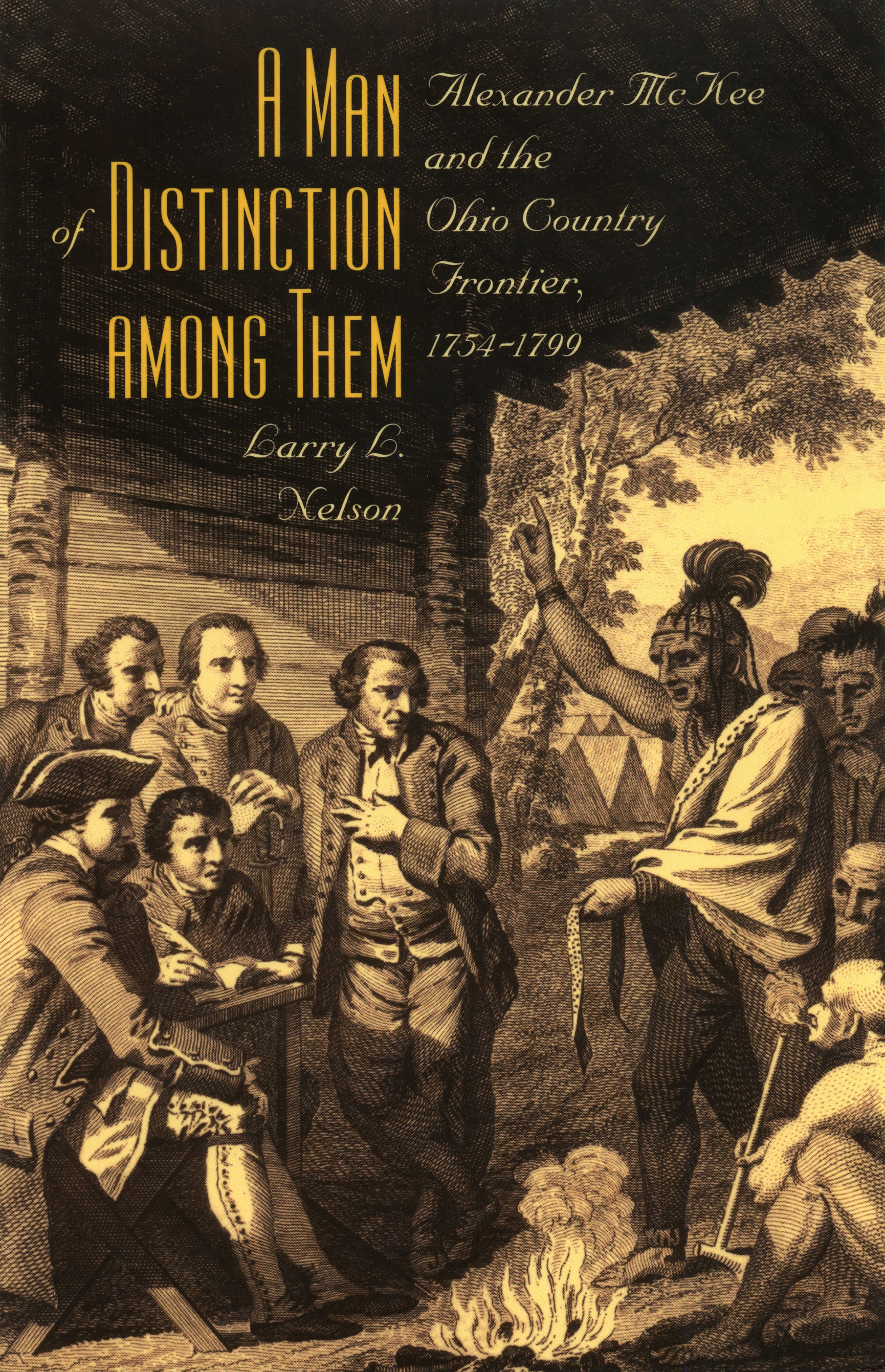 A Man of Distinction Among Them

Alexander McKee and British-Indian Affairs Along the Ohio Country Frontier, 1754-1799

A Man of Distinction among Them represents an important step in under standing the complexities surrounding the early history of the Ohio Country and the Old Northwest and provides the clearest and most comprehensive portrait of a central figure in that history: Alexander McKee.

Fathered by a white trader and raised partly by his Shawnee mother, McKee was at home in either culture and played an active role in Great Lakes Indian affairs for nearly 50 years.

McKee served as a “cultural mediator”—a go-between who linked the native and European worlds. He exploited his familial affiliation and close economic ties to both communities to encourage trade, foster diplomatic relations, and forge a military alliance between the British government and the tribes of the Old Northwest.

Larry L. Nelson is chief administrator of Fort Meigs State Memorial in Perrysburg, Ohio, and an assistant professor of history at Firelands College.